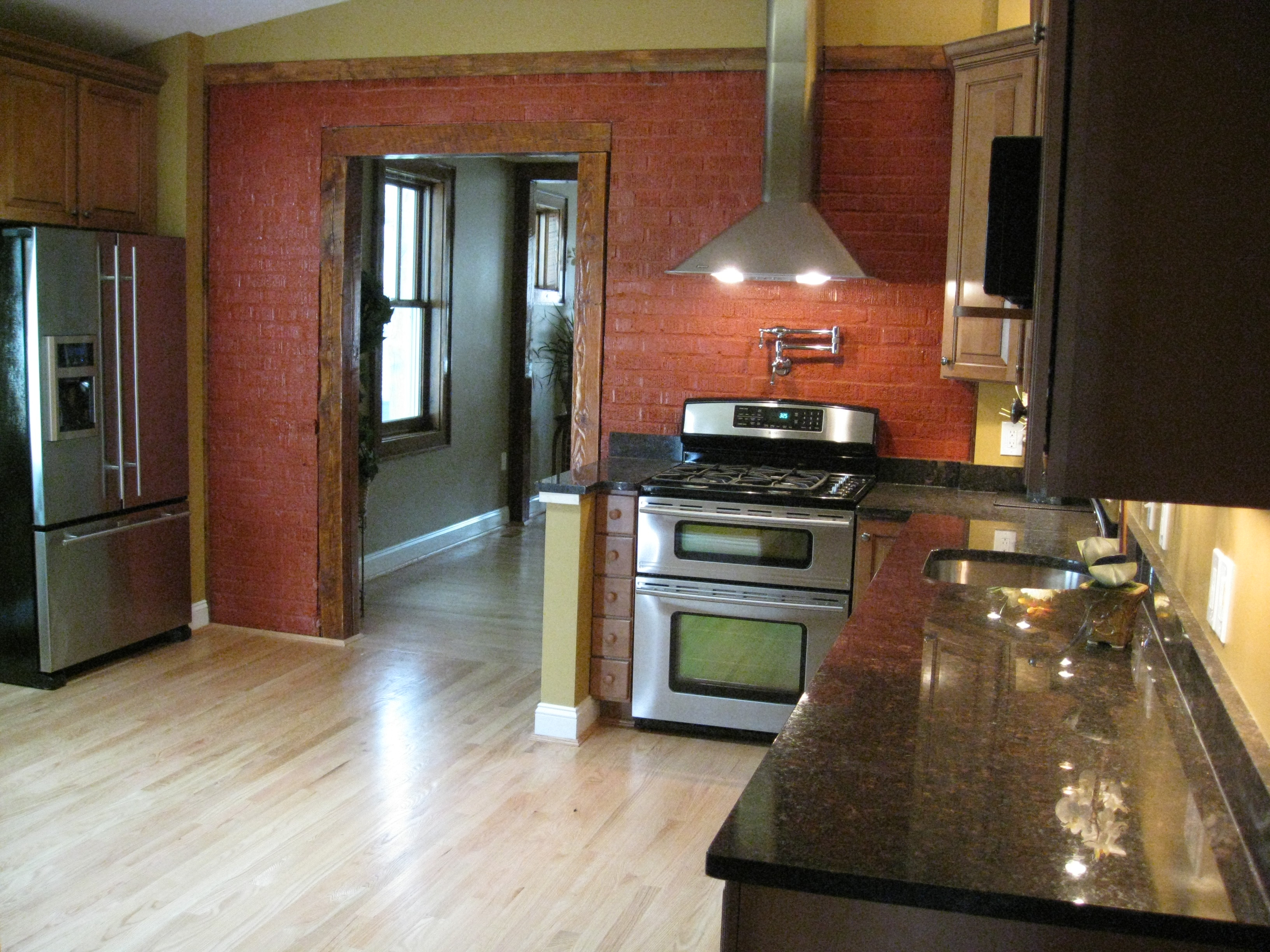 Located in a 60-year-old home on Monroe Avenue, the updated kitchen features the upscale Jenn-Air stainless steel appliances that helped win the Energy Star Retail Partner of the Year award for the Sears department stores. This was due to customers like William Hawthorne at WMH Investments in Alexandria, a specialist in “green” building and retrofitting.

The floors are reclaimed wood, taken from older buildings. They stand beneath energy-efficient compact fluorescent lighting and low-energy-emitting Pella windows, making the home a showcase for major environmental innovations. Here’s how other area specialists described the ways in which they are using these green woods, lights and appliances to make every day into Earth Day.

“For the most environmentally appropriate woods, people are really looking for reclaimed woods like oak or pine that are being taken out of older buildings like abandoned mills or dilapidated old homes and used to make new floors. This provides more wood without cutting down trees to do it, and is a big trend in green building.

“Right now we are doing a job at 210 Pitt St. where we brought in heart-of-pine that was reclaimed from a South Carolina feed mill. The reclaimed wood is much more expensive because there is a lot of labor involved. You have to take a lot of nails out of it, for instance. Compared to the strip oak floors which you find in many homes, they are about twice as expensive, at $10 per square foot.

“Among the green woods, bamboo is popular because it is really a lot more like a weed, since it grows so quickly. Another is eucalyptus, which is the fastest growing tree in the world, reaching 30 feet in seven years. That keeps you from having to cut 200- to 300-year-old trees that take a long time to renew themselves.”

Roger Vasilas owner of The Lamplighter in Alexandria

“There are some light-emitting diode bulbs that are even more efficient than the compact fluorescents, which about half of our clients are using now. Some people can’t stand the CFLs (because of the brightness) while others are switching their entire house to them. The LEDs are more expensive, but I think they will come down in price when the manufacturers make more of them.

“The LED is more like a normal light bulb because you can dim it. And it does not have that squiggle shape, which fluorescents need because they rely on the surface area. They are also much more efficient in using energy, but they are also more expensive, although the prices are coming down.”

Consumers have another strong incentive to choose these energy efficient light bulbs over the old incandescent version. The Energy Independence and Security Act of 2007 requires all bulbs to use 70 percent less energy as of this year.

The Environmental Protection Agency has named Sears as its 2010 Energy Star Retail Partner of the Year. Bruce Johnson, the corporation’s interim chief president, responded, “We are pleased that our home-appliance business was able to increase sales of Energy Star-qualified products in a very challenging economy. Ninety-one perfect of our home electronics products were Energy Star-qualified.”

Claiming to sell more Energy-Star rated appliances than any other retailer, the corporation was also the first to sell 3.1 million worth of them, in 2008. Its Kenmore brand reportedly saved more than four billion gallons of water and $100 million.

In addition, Sears helps the purchasers qualify for federal energy department rebates. While the program has not yet begun in Virginia, Sears helped Georgia residents obtain rebates totaling more than $9 million.

The rebate program requires the buyers to prove that they are replacing an existing appliance with the new purchase. Sears removes the older appliances for disposal in an environmentally friendly manner, thus providing yet another reason for their Department of Energy award.