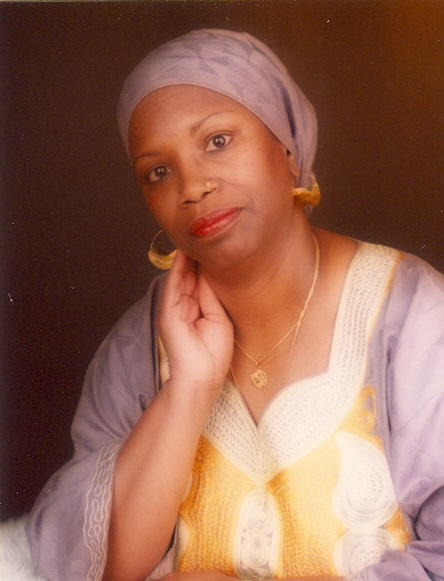 Alexandrian Carolyn Philips McCrae knew that Gaines and Hodge, the two names etched into the pages of her 19th-century Bible, hinted at her family roots, but she didn’t know how to go further. She’d hit a brick wall.

Raised mostly by her babysitter because her mother, a Hodge, worked and her father had died, McCrae was in the dark but curious about the shape of her family tree.

Out of ideas, she brought the book to genealogist Char McCargo Bah, who regarded it more as the first step to uncovering history and less as a brick wall. It was a clue.

This is the kind of lead that Bah, a native Alexandrian, loves. And McCrae’s case “hit a sensitive spot in me,” she said, so Bah researched it free of charge.

She searched Alexandria Freedmen’s Cemetery, a Civil War-era African American burial ground, and found a Gaines, but no Hodge. After extensive research of primary documents like marriage certificates and deeds, Bah concluded that McCrae was related to a prevalent family at the cemetery, the Franklins, and that her ancestors had been freed from slavery in the 1700s.

McCrae’s story will be the subject of Bah’s lecture this Saturday at the Alexandria Black History Museum.

What many people don’t realize, Bah says, is that a family’s genealogy does not need a genealogist to uncover its history. She’s been researching family trees including her own since 1981 when she first read Alex Haley’s Roots and has since given others the tools they need to uncover their lineage.

Bah was originally contracted by the city in 2008 to find descendants of Freedmen’s Cemetery. In the week-long window between being hired and filling out her paperwork, she found four descendants three more than historians and archaeologists had found in several years of research.

She has found about 70 since then.

“Though the disciplines history, sociology and archaeology are similar and you need to know history to be a genealogist, the difference is how we analyze the material and where we go and get what we need,” Bah said.

Bah uses a broad brush to paint the past. Her research has taken her across the country and across the Atlantic Ocean, tracking down census figures, death and birth certificates and using resources like African American civic organizations and the Parker-Gray Alumni Association to uncover Alexandria lineages.

“I have a broader way of looking at the city’s descendants and as an African American native of Alexandria it was easier to explain myself to people,” she said.

While she specializes in African American genealogy, Bah does not limit her scope. She is interested in it for her personal lineage and the challenges seem to entice the researcher, who comes off as more of a detective than anything.

“Most genealogists will say that all genealogy is the same,” she said. “And I say, ‘Well, not quite.'”

Slaves who took their owners’ names, created their own, or married their bloodline, as many did while living captive on plantations, make for a blurry picture of the past. African American genealogy has unique barriers associated with its history, as any lineage does, Bah says.

Slaves in rural areas, less exposed to the outside world, usually took the name of their owner.

While websites like Ancestry.com have made genealogy more accessible for some, Bah prefers the “old school” approach.

Bah’s lecture at the Black History Museum could help those interested in tracking their past climb over the brick walls that seem to criss-cross genealogical research. Genealogy is not her full-time job, but she still manages to make significant progress on the Freedmen’s project, her own lineage study and a long list of narratives, exhibits and published work.

“It’s about really opening up to the descendants of African Americans or anyone that wants to come to the lecture to show them that it’s not really that hard, that they can do it,” Bah said.

Kassidy McDonald - June 30, 2022
By Kassidy McDonald │ kmc[email protected]  There are hundreds of years of American history behind the name 1799 Prime, an elegant steakhouse set to open on...