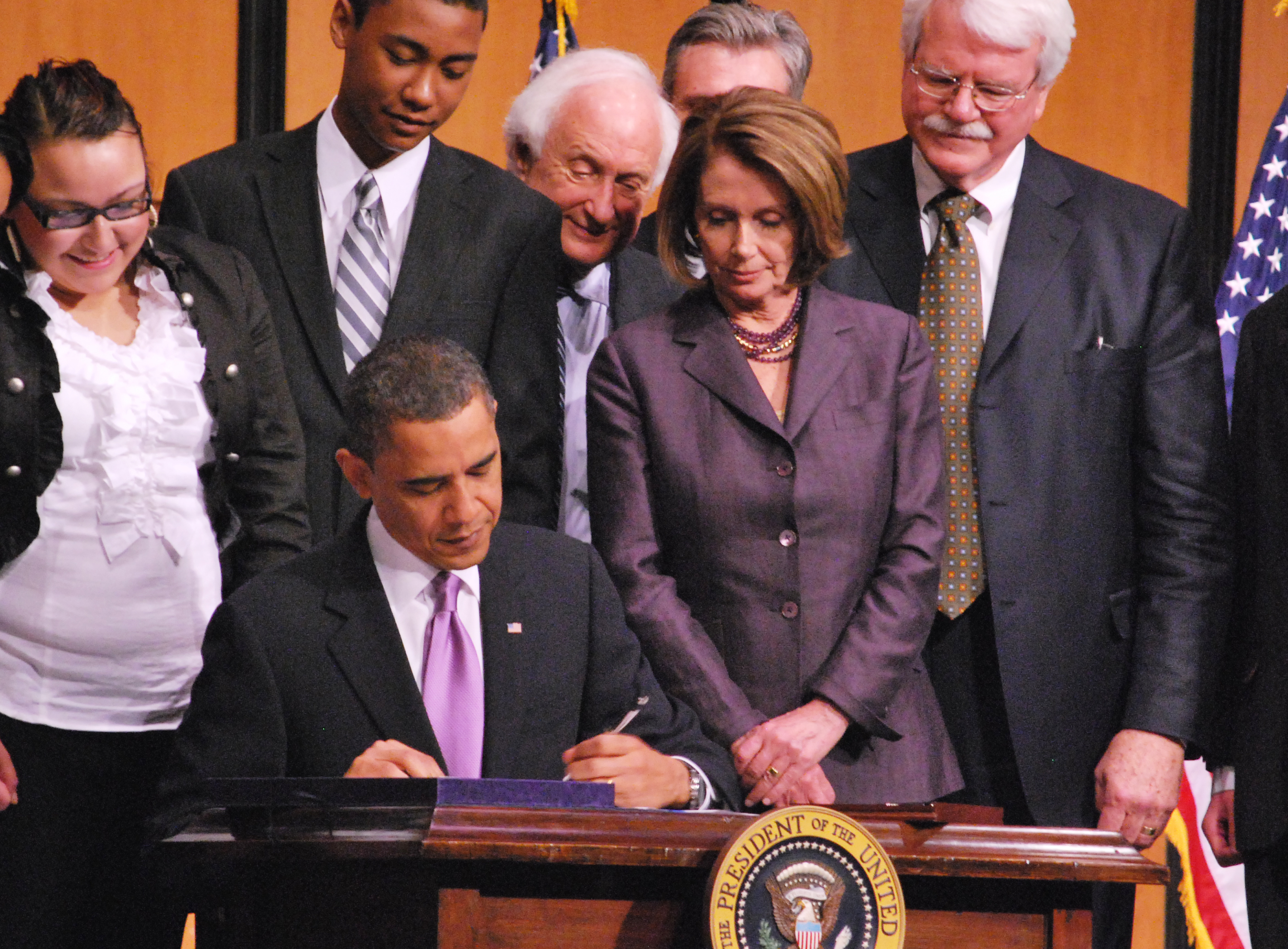 President Barack Obama chose Northern Virginia Community College’s Alexandria Campus as a backdrop to finalize the health care reform bill Tuesday when he signed the legislation, which includes reforms for higher education, in front of about 800 people in the music hall and millions watching live throughout the country.

The president, who highlighted the overhaul of the federal student loan program, was introduced by Vice President Joe Biden’s wife, Dr. Jill Biden, who teaches English as a second language at the school.

“I have seen first-hand the power of community colleges to change lives and serve as a gateway of opportunity to students in all stages of their careers,” Biden said.

Obama told the crowd of students and guests, including Mayor Bill Euille, that the new federal student loan system “cuts out the middle-man” by keeping intermediary banks out of the equation.

“The debate on health care is one that has gone on for generations,” Obama said. “But what has gotten overlooked amid all the hoopla, all the drama from last week, is what’s happened with education.”

The legislation, which Obama called “one of the most significant investments in higher education since the G.I. Bill,” will save $68 billion over 11 years by removing private banks from the equation, according to the president. That money will be used to expand Pell grants, ease student payments after college and make higher education accessible for more Americans, he said.

“I don’t have to tell folks here at NOVA why this matters, when America’s success as a nation rests more than ever on a workforce that’s second to none,” Obama said.

“We’re going to bring everyone together,” Obama said. “We’ll forge private sector partnerships so we can better prepare America’s workforce and America’s workers to succeed in the future.”

Look for more coverage to follow in Thursday’s edition of the Alexandria Times.
A gallery of photos from the event can be found here.