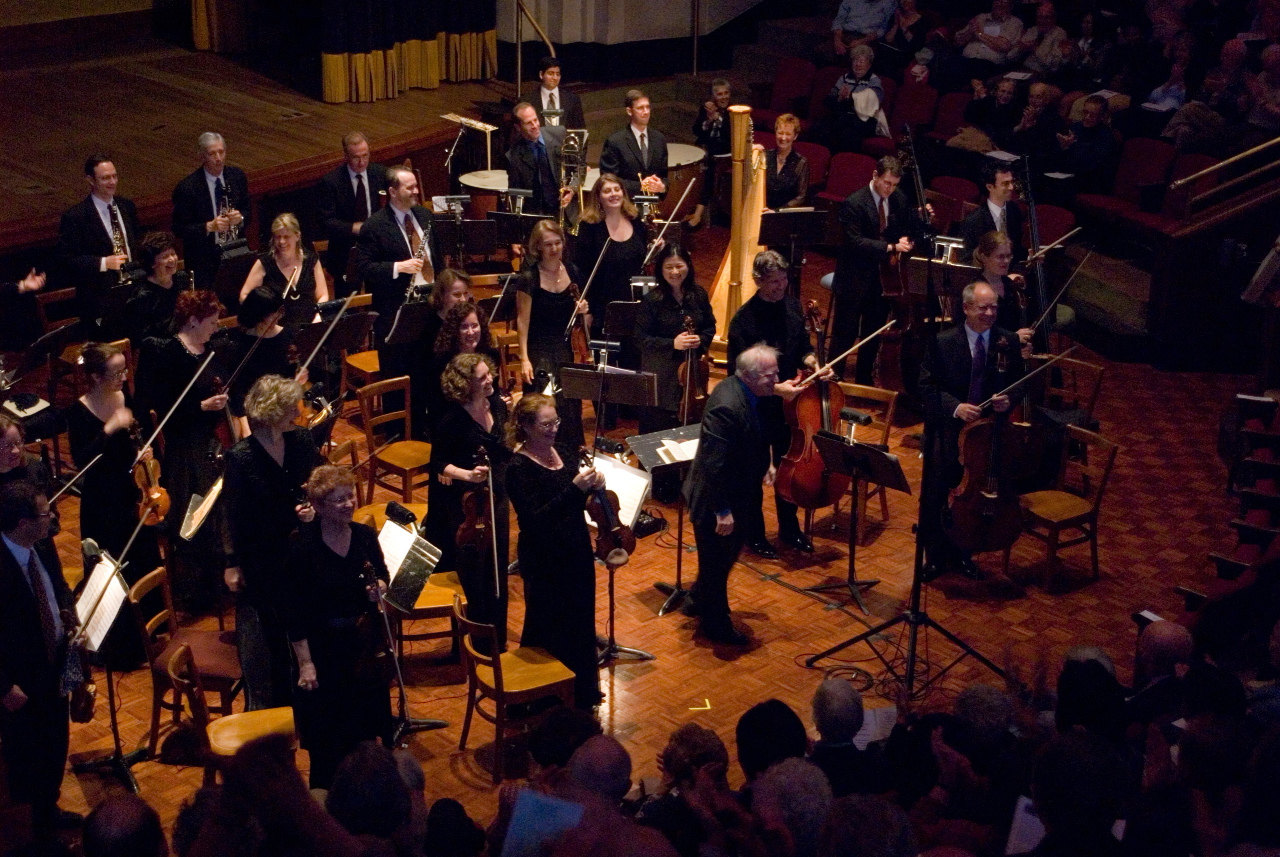 The antique Memorial Theater of the George Washington Masonic Memorial is home to perhaps one of the best-kept secrets in Alexandria: A miniature version of the National Symphony Orchestra, the Eclipse Chamber Orchestra.

Since 1992, a group of about two dozen professional, elite musicians from the D.C.-based National Symphony Orchestra have simultaneously comprised the Eclipse Chamber Orchestra. And they want you to hear them. In fact, it’s their mission.

The most expensive National Symphony ticket at the Kennedy Center, the NSO’s home-stage, is $85. Tickets to Eclipse performances don’t surpass $25, with discounts that make it as cheap as $15 (for students) to see some of the most professional musicians in the world.

In sticking to its mission of bringing music to “people of every age, ethnic background and economic means where they live at a price that any person can afford,” all you have to do is want to see Eclipse in order to actually see them.

“If you were to call up the office and ask for some sort of a discount, there would be one,” Alimena said. “So it can be as affordable as, frankly, any one wants it to be.”

Eclipse’s mission seems altruistic. And it is validated by the fact that the group loses money on every performance, which costs an average of about $27,000.

“That’s why they call us a nonprofit organization,” joked Alimena.

The orchestra depends on private donors, grants and city and state funding and hopes that their annual gala on May 16 is a success.

The advantage in opting to stay on this side of the Potomac for a night at the symphony lies in a more intimate audience experience. The Masonic temple’s music hall, regal yet amiable, is a bowl of about 350 seats that draw the audience into the performance.

“The appeal of what we do, quite candidly, is that it’s much smaller,” said Eclipse Executive Director Jane Kratovil. “It’s much more intimate. You are right there with the musicians.”

Not that Eclipse members promote one job over another. Their first priority and full-time job is the National Symphony Orchestra. Juggling their rehearsal and performance schedule is demanding and taxing, Alimena said, but just as rewarding.

Eclipse’s last performance of the season, Sunday at 3 p.m., will exhibit the product of their hard work and the chamber orchestra’s ability to stray from their NSO repertoire.

“Eclipse is a way for them to maintain community contact, but also, once you’re at that level of musical proficiency, it’s sort of like a pro golfer: You can’t just play three days a week,” Kratovil  said. “You have to work on it on a daily basis.”

The orchestra will perform Mozart’s Piano Concerto No. 9 and pieces by Johann Christian Bach and Georges Bizet in a show that looks to be as much educational as entertaining.

Alimena chose a piece by Johann Christian Bach, son of Johann Sebastian Bach, to show the audience how classical music evolved. The piece is a pre-Mozart symphonia sort of a miniature symphony that was simpler and less complex than Mozart’s pieces, but not any less significant. It laid the groundwork.

“I thought it would be really interesting to hear music to start the program that came before Mozart because for some people, music seems to start at Mozart,” Alimena said. “It’s interesting to back up a little bit and show people how it evolved into Mozart.”

Soloist Edward Newman will carry Mozart’s piece, which the composer wrote when he was just 21 for a virtuoso female concert pianist a rarity for Mozart’s era that enamored him.

Eclipse will perform Bizet’s first symphony, which he discarded, nervous and wary that it sounded too much like his teacher’s work.

“Nobody heard it in Bizet’s lifetime … but it’s actually an audience favorite,” Alimena said. “It’s delightful, it’s lighthearted, it’s witty.”
Eclipse’s season is almost over, but seeing as how the city essentially has its own world-class orchestra, it is worth going down the street to see their last show.

“The quality of the music, the professional experience of the musicians brings it to a different level than any other chamber orchestra or symphonic orchestra in Northern Virginia,” as Kratovil put it.

The Eclipse Chamber Orchestra performs Sunday, May 2 at 3 p.m. at the George Washington Masonic Memorial. For tickets or information on their upcoming fundraiser, visit www.eclispeco.org or call 703-635-2770.