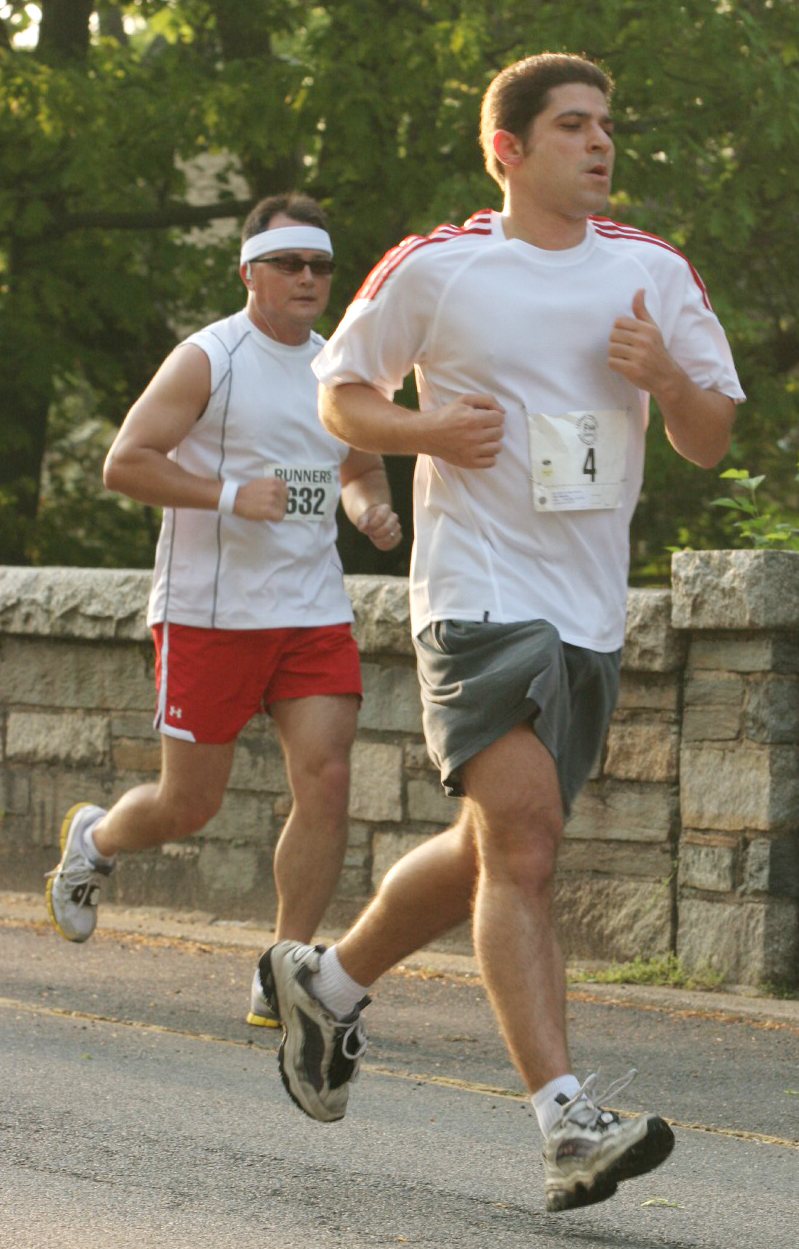 You see them everywhere: On the city’s sidewalks, sometimes in the streets and often darting on and off wooded trails.

Runners Alexandria has so many that, two years ago, an academic study labeled the city America’s marathon-running capital with more than 10 marathon finishers for every 1,000 residents.

This Sunday, the distance fiends can get half of their fill with the half-marathon portion of the first ever Alexandria Running Festival.

The fast, flat 13.1-mile course through the Eisenhower Valley will feel the feet of about 300 runners, slightly less than organizers were looking for but still a good turnout considering the late promotional period, said race director Jay Wind.

The festival is more than just the city’s first half marathon in years. A five-kilometer race will also take place in the Eisenhower valley Sunday, while a full marathon is underway across the Potomac in Carderock, Md.

The weekend of distance running has drawn athletes from 30 states and a few countries and more than 90 Alexandria runners.
“We’ve got some very interesting athletes,” Wind said of the fields for the three races.

Gurmessa Kumssa Megerssa, the top-ranked runner in the Washington area in 2007 and 2008, Wind said, is signed up for the 5K and 48-year-old Ted Poulos, the world record holder for races run in a year (more than 200), is competing in the half marathon.

Old Town resident Carey Schuster boasts a personal 13-mile best of 1 hour, 27 minutes, 11 seconds, but she isn’t looking to top that mark she set while living in Australia.

“My doctor told me I’ve got to really hold myself back … but she’s all about it because I’ve been running all the way through [the pregnancy],” Schuster said.

The race won’t be a competitive one for the 29-year-old, she said, but “if you see me walking it’s because my heart-rate got too high.

The running festival can trace its roots back to 1981 when Wind helped with the preparations for the short-lived D.C. hometown marathon. After trying to establish a new marathon in the District in the early Oughts, he found a home for the race in Belle Haven, but that too outgrew its first home.

Permitting problems after last year’s event led race organizers to look at the City of Alexandria for a new home. The marathon would not work on city streets, but a smaller event stuck in the Eisenhower Corridor.

“There’s a direct lineage from the old and very successful 1981 through 1986 D.C. Marathon” and this weekend’s races, Wind said.
“It’s going to have the same participant base as our previous races and we’ve got a lot of people coming in trying to score marathons in 50 states plus D.C.,” he said.

The Marathon Charity Cooperative a group of about a dozen global nonprofits is hosting the weekend’s races. The charities volunteer the labor and then reap the proceeds from entry fees.

“It’s a nifty story that the charities that put the race on are the ones who benefit from it,” Wind said.

While the Marine Corps Marathon is the biggest event on the area running calendar each year, organizers for the Alexandria Running Festival hope Sunday’s races blossom into a point of pride for the first-time host city.

“We really want it to be a gem that Alexandria can be extremely proud of and feel that it’s a real success,” Wind said.