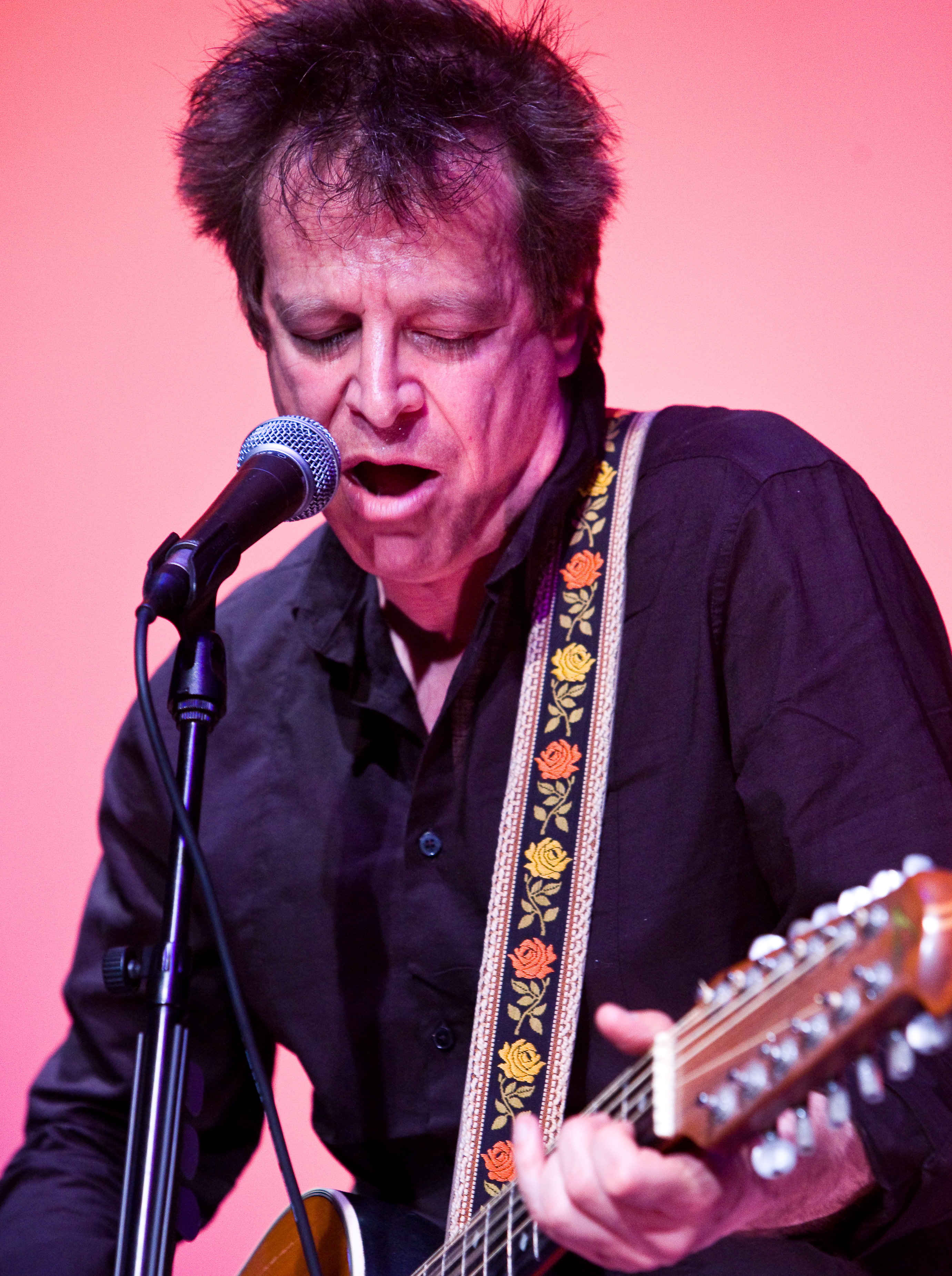 Paul Scott Goodman, a Scottish Jewish rocker and award-winning musician, has debuted his new one-man show Son of a Stand Up Comedian at MetroStage.

Directed by Michael Baron, the music and lyrics were written by Goodman and the book is by Goodman and Miriam Gordon. Their work was seen at MetroStage last season when ROOMS a rock romance premiered. ROOMS was nominated for five Helen Hayes Awards, including Outstanding Musical and Outstanding New Play or Musical, and three Outer Critics Circle Awards, including Best Off Broadway Musical and Best Score.

“Paul Scott Goodman is a unique artist,” said MetroStage Artistic Director Carolyn Griffin. “How many Scottish Jewish rockers do you know? I like to describe the show as one part Spaulding Gray, one part John Mellencamp, a little bit Scottish and a whole lot Jewish.”

Son of a Stand Up Comedian is the story of an artist’s struggle to live and survive as a writer, performer, lover and, ultimately, a father in the searing hot summer of Manhattan in 1988.Goodman’s songs tell a story of love and hope with wry wit and uncompromising honesty, capturing the unique sights and sounds, challenges and complexities of life as a songwriter and performerin New York City.

“The great rock music, amazing monologues layered with humor and poignancy, poetry and Scottish rap make for an exciting evening where you might even feel transported to New York’s EastVillage and forget you are on the banks of the Potomac in Old Town,” Griffin said. “This cabaret setting suits the material, Greg Holloway’s percussion in the background enriches the sound and Goodman’s unique voice and perspective as an artist, as a father and as the son of a stand up comedian will touch your heart and soul while entertaining you.”

Goodman started writing Son of a Stand Up Comedian in 1988 and with Gordon developed the show in clubs and theatres along the East Coast under the titles Tiny Dancer and Him and Her (a combination of Tiny Dancer and a companion piece Domestica.) Most recently, it has been produced in New York City as Him and Her at the NYC International Fringe Festivalfor which it won an award and at Theater One, NYC Musical TheaterWorks, the West Bank Cafe, the Bottom Line, the Bitter End and the Sidewalk Caf.  It was also produced by the Prince Music Theater in Philadelphia (2007) and in London at the New End Theatre (2006).

The MetroStage production has given Goodman and Gordon an opportunity to revisit this work and the revised, expanded show is being performed for the first time as Son of a Stand Up Comedian, a title from one of the show’s signature songs.

Goodman, who was born and raised in Glasgow, wrote the book, music and lyrics for ROOMS a rock romance and Bright Lights, Big City. He was the first recipient of the Songwriters’ Hall of Fame Best New Songwriter Award, winner of the Backstage Bistro Award for Domestica (book, music and lyrics), first solo recipient of the Jonathan Larson Foundation Award and winner of the Gilman Gonzalez-Falla Theater Foundation Commendation Award. In London, Goodman’s musicals have also been produced at the National Theater, The New End Theater and twice on BBC TV.

“If you fell in love with ROOMS a rock romance or the music of Bright Lights, Big City,” Griffin said, “this is your chance to enjoy the unique rock musical sound of Paul Scott Goodman.”