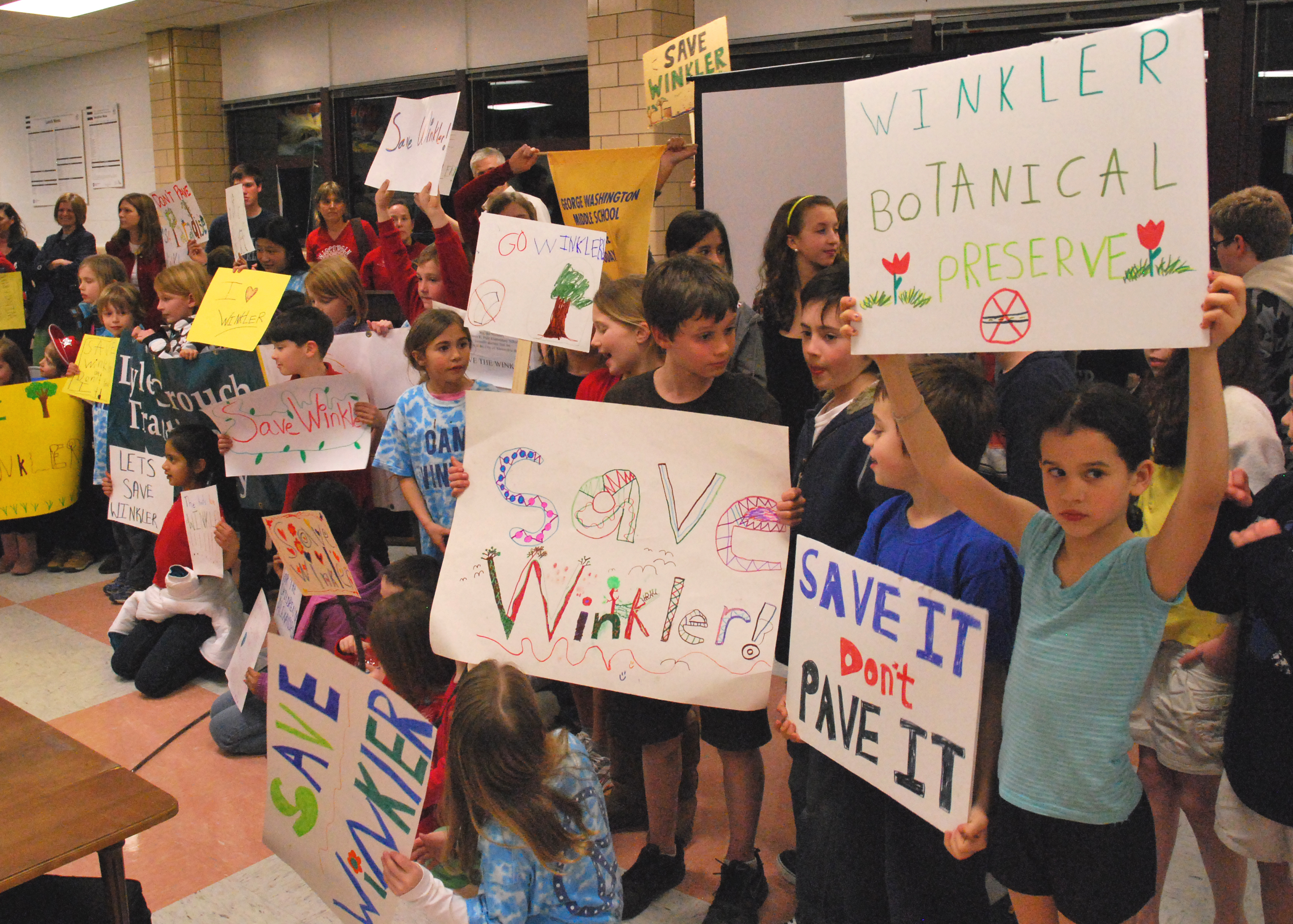 Last week, Alexandria finally found out the result of its recent civic activism test. And it passed with flying colors.

Based in part on the input of nearly 2,000 citizens, the Virginia Department of Transportation notified the city last Friday that it was scrapping proposals to ease traffic from the ongoing BRAC development at Mark Center that would have damaged parts of the Winkler Botanical Preserve

After more than four months of letters and rallies of protest against the plans, supporters of Winkler can now breathe easy knowing that bulldozers will not overrun their sanctuary.

“It’s just a huge sigh of relief because it’s been a long four-and-a-half months since this began,” said Jodie Smolik, the preserve’s executive director. “I had to kind of pinch myself to believe it.”

In a letter sent to Mayor Bill Euille and other city officials Friday, VDOT said “technical results” and “feedback received from local citizens and elected officials” made it clear that the proposals were unacceptable.

VDOT spent nine months studying possible traffic solutions to the future 6,400-employee site of the Washington Headquarters Service at Mark Center and the impact to the surrounding area but, with last week’s decision, is still without a concrete answer, according to the letter.

Now, the state is looking into a plan that would allow access to the WHS facility with a ramp from the northbound lanes of Interstate 395.

Smolik said the outpouring of support from across the city was essential to the protection of the preserve. Along with the Friends of Winkler group and hundreds of schoolchildren, the City Council, School Board, the city’s state delegates and Rep. Jim Moran (D-8) all sided with Winkler.

Del. Charniele Herring (D-46), who represents the West End and parts of Fairfax County in the General Assembly, said she met with state officials several times urging them to drop the two main proposed traffic solutions.

“This result shows what can happen when elected officials and the community pull together for a common cause,” Herring said.

Moran, who would have been involved in securing federal funding for project, came out flatly against it in February and rallied alongside his constituents at a VDOT meeting in Alexandria last month.

“As I have said publically, this road was not going to happen because I made it clear that there would be no federal funding available for it,” Moran said Wednesday. “I appreciate the fact that Virginia’s Transportation Department is acting consistently with our discussions to that effect.”

Thousand of Alexandria students visit the preserve for field trips and camps each year. Their collective affinity for Winkler led them to mobilize in droves against the state’s plans after finding out last year.

“My hat’s off to them for going to the rallies and writing letters and really being engaged in this civic issue,” said School Board Chair Yvonne Folkerts. “I think our public school kids are to be commended.”

Even after the news, Folkerts said she looked forward to hearing from a group of George Washington Middle School students who carried out an environmental analysis of VDOT proposals at tonight’s Board meeting.

“It was a David versus Goliath situation,” Smolik said. “It just shows that and I think the community realizes now you do have a voice and that it can be heard, thankfully.”