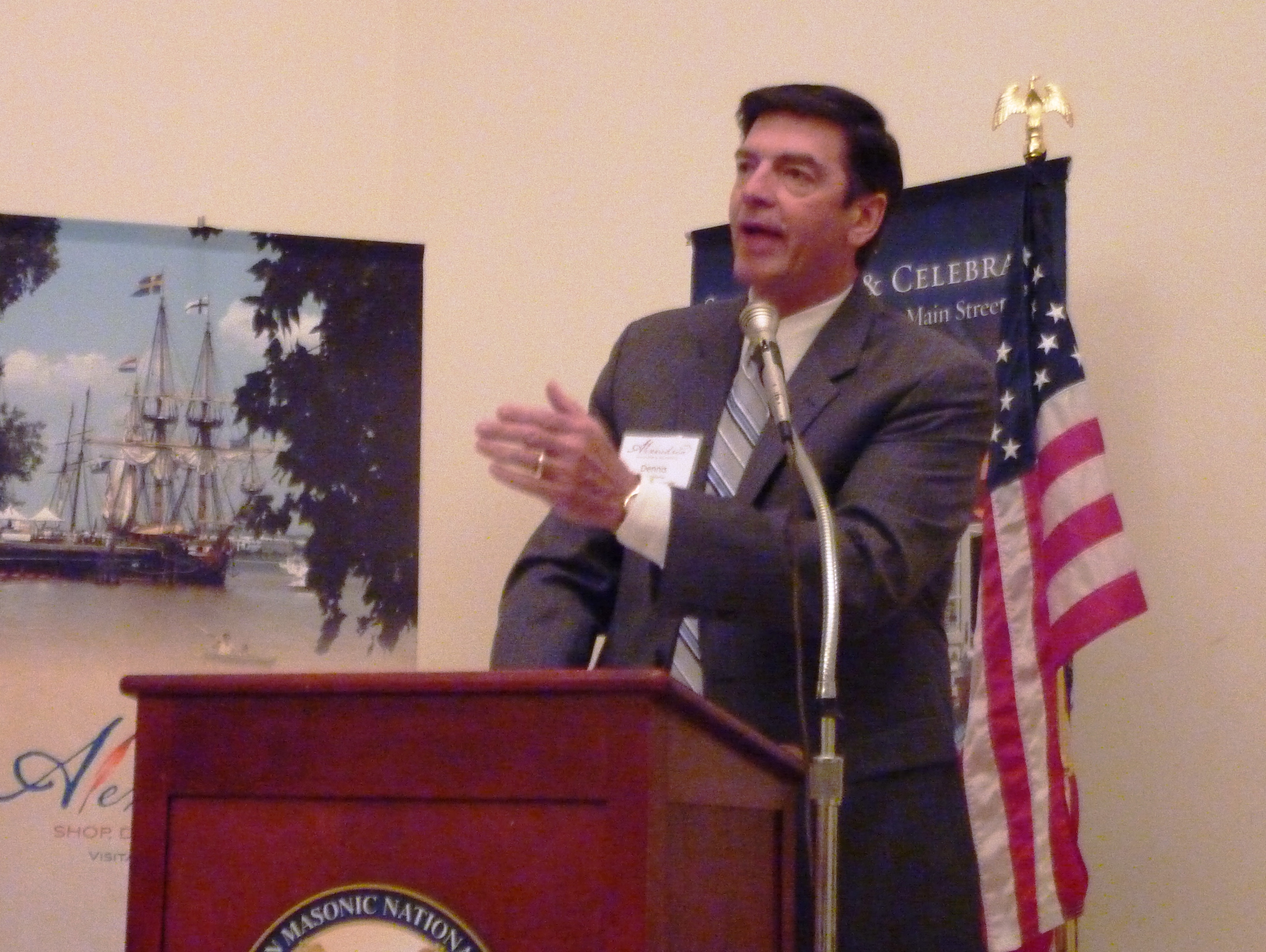 Alexandria was one of the few jurisdictions in the nation to benefit from tourism in 2008 the single worst year that industry ever recorded. In spite of the depressed economy, tourists spent $645 million in Alexandria in 2008, generating $22 million in tax revenues.

Those and other positive facts were presented to nearly 120 attendees Wednesday afternoon during the Alexandria Convention and Visitors Associations first annual Alexandria Tourism Marketing Summit at the George Washington Masonic Memorial. As the local celebration of National Travel and Tourism Week the first week of May each year the summit focused on the citys efforts in building Alexandrias image as a tourist destination.

The mayor and City Council should be congratulated for not cutting the tourism budget when they adopted the city budget last week, said keynote speaker Dennis Castleman, vice president of industry relations of the U.S.Travel Association. The travel industry has faced many challenges in the past couple of years. But, different from nearly every other jurisdiction in Virginia, Alexandria saw a 4.5 percent increase in tourism during 2009.

One of every nine Americans are involved in the tourism industry more than 10 million people. The industry generates $704 billion that results in $113 billion in tax revenue nationwide, he stated. In Virginia, tourism generates $1.3 billion in revenue resulting in tax revenues of $734 million annually. This covers the salaries of many police officers and teachers throughout the Commonwealth, Castleman emphasized.

He predicted that the tourism industry will see steady growth over the next year but urged those in attendance to stick together at the grassroots level to keep travel growing. He cited as an example of this effort the continued work of ACVA.

Castleman also noted that travel revenue is not confined to tourism.

We all need to constantly remind people just how important travel is to the U.S. economy. For every $1 spent in business travel it generates $12 for the economy, he stated.

The vital economic impact is the result of all of us working together to make Alexandria a place that people love to visit, he said.

And, our entrepreneurial community of independently owned businesses maintains a uniqueness that no one can copy. I am very proud of our shared accomplishment of increasing taxes generated by visitors by more than 11 percent from 2007 to 2008, Euille said.

How did Alexandria beat the odds? Euille asked rhetorically. By two major initiatives that can be credited to our investment in tourism product and marketing, he said.

Those two initiatives were: 1. Responding to the creation of National Harbor with a campaign known as Companys Coming; and 2. The Alexandria hotel industry investment of $388 million in new and renovated properties which resulted in increased room nights and higher tax revenue, according to Euille.

Citing the juxtaposition between tourism, business travel and tax revenues, Euille told the audience of travel and business leaders, Everything you do to attract visitors to your businesses is going to bring more profit to you and benefits the city.

A new partnership with Open Table enabling those viewing VisitAlexandriaVA.com to see the new restaurant reservations booking engine featuring a wide variety of local restaurants. It commenced on Wednesday, according to Brown.

A Summer Restaurant Week in August similar to the one initiated last January.

Following the luncheon, attendees were offered a variety of break out sessions conducted by panelists with expertise in various subject areas. Session topics included: Buying and Analyzing Google AdWords; E-Marketing that Gets Results; Impress the Press; and Selling Alexandria as a Destination.