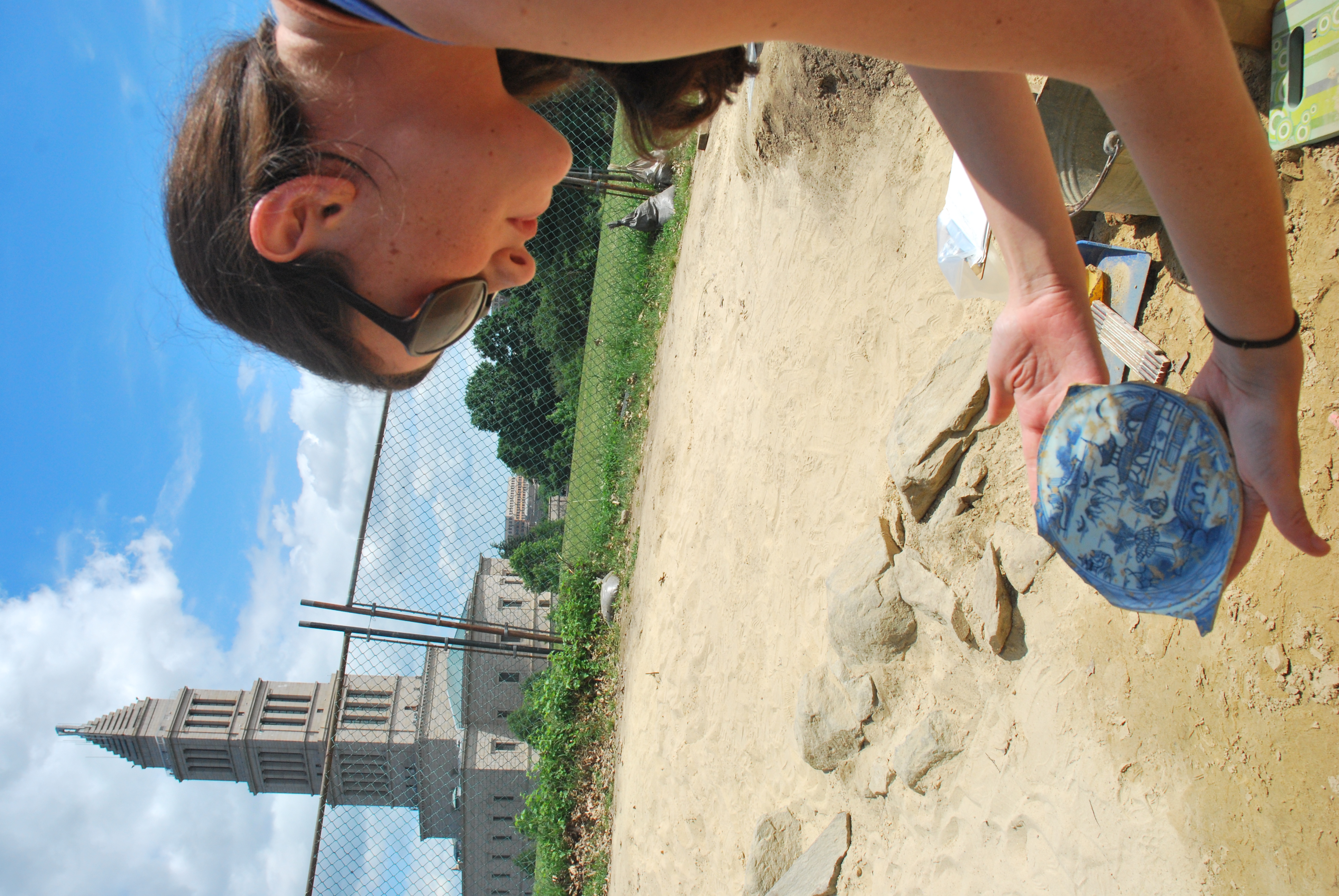 On Shuters Hill behind the George Washington Masonic temple, about a foot-and-a-half under the grass and topsoil, a time portal sits idle.

The portal has nothing to do with manipulating the fourth dimension H.G. Wells once wrote about. This is different. Shovels, a notepad and historical context are all archaeologists need to reconstruct part of Alexandrias history from the ground up.

The particular history of Shuters Hill is somewhat mysterious, but much has been uncovered since the citys archaeologists began digging, albeit sparingly, in 1995. What we do know about the lands history includes Native Americans who predate known tribal affiliations, a party-animal landowner and a man who produced rye for George Washingtons whiskey.
Most recently, archaeologists were able to link the story of a slave whose job as a laundress required immense work and skill, to the land.

All of this information was deduced by combining physical evidence from the ground with documented records on the surface the background that allows archaeologists to make sense of what they find.

The artifacts in their context tell the story of the past, said city archaeologist Fran Bromberg, who co-taught a course for college and graduate students at the site over the last couple of weeks. Without the context of the time there is no story.

Basically, everything burned down, said Kelly Larson, a George Washington University Student, as she dug delicately, packing her fingernails with dirt.

The first European occupation of the land began around 1781 when Alexandrian John Mills built a house on the site. He sold the property to Ludwell Lee, who grew rye for George Washington’s whiskey still at Mount Vernon, just before the turn of the 19th Century. Lee sold the land to Benjamin Dulany, who built a grand mansion, Bromberg said.

Dulanys mansion, the backdrop to several soirees during his lifetime, burned down in 1840. Bromberg and her colleague Steve Shephard found a fire insurance policy that Lee took out on the mansion before he sold it, including two annexes a gardeners house and 16-foot square laundry building in 1797. It was one of several documents they used to shape the context of the dig.

As they began digging, the archaeologists found thimbles, needles, and pins items associated with laundry and sewing.

We went back to our historical documents and combined them with the artifacts, and a light bulb went off, Bromberg said. It was a laundry house.

Bromberg and Shephard stress to their students the importance of context. Without historical documents, the thimbles were just thimbles.

The general case is, to most people, this stuff looks like trash, Shephard said. That trash is what archaeologists interpret to understand the people and what happened at that site.

So what can the laundry house actually do to help reconstruct the citys history? A lot. They suspected slaves worked and lived in the house  house wares and animal bones from meals were found as well  and, because the lives of slaves were rarely recorded, the laundry house could fill in the gaps of slave life in Alexandria.

From the quality of ceramics and the nutritional information of the food remains, archaeologists will be able to deduce how the slaves were treated; how their living and working arrangements stacked up to free blacks or other population segments at the time.

Bromberg and Shephard, while researching an unrelated matter, found the name of an enslaved woman, Esther, alive during the Dulany familys occupation of the Shuter’s Hill site. Her main skill was laundry. Benjamin Dulany, it turned out, was her owner.

We can actually associate this structure with a real person, which is really so exciting to us, Bromberg said. And the laundry became extremely significant to us because, of course, the daily lives of slaves were not recorded like the lives of the elite. The site has become extremely important for us.

A new house was rebuilt on the property and occupied by Union soldiers during the Civil War, only to burn down again in 1905, creating more fodder for future discovery. City archaeologists hope to uncover more of the site with the help of the Alexandria Archaeology Institute, a hands-on program for adults that teaches anyone interested and willing to pay a fee how to dig back through time.

For students like Chloe Raub, who dug into the ground last week for the first time, finding ceramics, animal bones and other artifacts from another lifetime was worth more than just course credit.

Just not knowing whats going to be under the next layer is really exciting, Raub said. Its a pretty gratifying site. Some people dig and dig and never find anything.