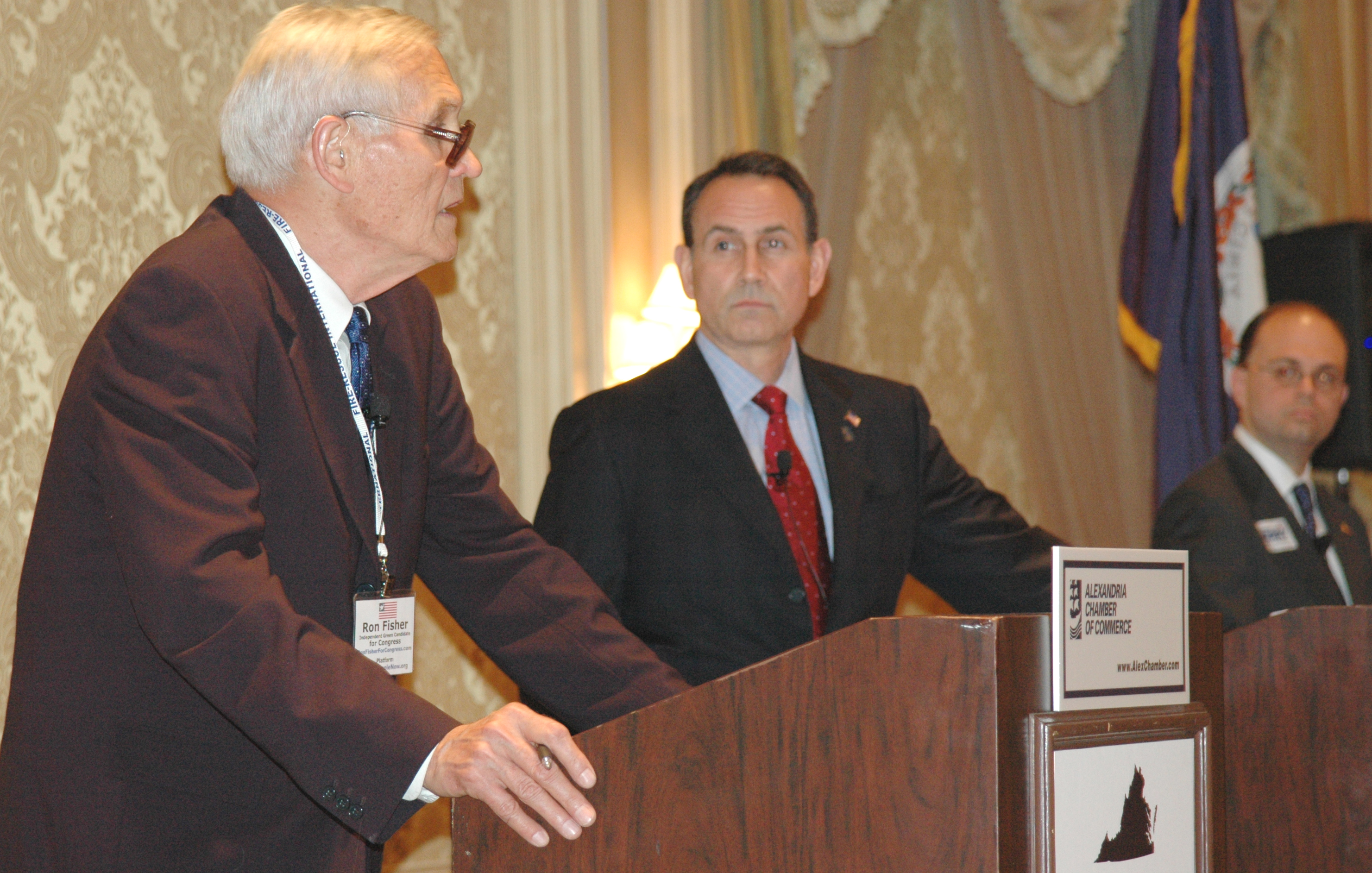 Like a swinging pendulum, antiestablishment sentiment this Congressional election year may oscillate toward the Democrats, the party in power on the Hill across the river.

Republicans hope that sentiment translates to Alexandria where the party looks to unseat 10-term, 20-year incumbent Democrat Jim Moran, the 8th Districts representative, with one of two candidates running in the June 8 primary: Matthew Berry and Patrick Murray.

But could it happen in Alexandria?

The citys voting record,  and the rest of the districts including Arlington, Falls Church and parts of Fairfax does not lend itself to the idea. Aside from re-electing Moran every election year since 1990, the district has voted Democrat in the last three presidential elections by an average margin of 25 percentage points and, despite a conservative GOP sweep of the states three top offices, Republican bids for the three state delegate seats encompassing Alexandria fell far short last November.

Still, election season is well underway, evidenced by a debate held last Thursday by the Alexandria Chamber of Commerce at the Ritz Carlton in Arlington. Complete with political assaults and chest-swelling Berry and Murray made their cases against one another and against Moran in a debate that also included Independent Green candidate Ron Fischer.

Moran, who watched but did not participate in the challengers debate, has long held a seat on the powerful Appropriations Committee. The political capability that comes with seniority eclipses that of the would-be freshman congressmen but Berry sees it as an opportunity.

He has so abused his position in terms of earmarking that hes damaged his own effectiveness on that point, said Berry, a 37-year-old lawyer, before the debate. When I go around the district, people do care about that kind of corruption.

Whenever the government gets involved in transportation issues the costs go up 30 percent and you can just stretch that timeline out for years and years doing studies and regulations, said Murray, a 51-year-old retired Army colonel. Id like to see federal gas tax money come right back down to Virginia and let more public-private partnerships take care of these things on their own.

Moran, who took the stage by himself after the debate to answer the moderators questions, said the government helps bring jobs to the district even with its transportation issues.

The Department of Defense facility being built on the citys West End is expected to bring 6,400 workers but cause significant traffic strain. Moran has language in an upcoming federal bill that would limit the amount of workers initially, which he hopes will relieve those issues until a solution is reached.

He also cited Northrop Grummans recent decision to move its headquarters to the 8th District because of the federal government.

This is the strongest economy in the country and one of the reasons is because of the federal government, Moran said. Office buildings, businesses like Northrop Grumman that work with the government will bolster the areas economy.

The congressman also jabbed at the candidates lack of experience running or holding an office after Berry began his opening statement by jabbing Moran for not debating with the challengers even though he does not yet know against whom he is running.

I want to give these three guys credit, Moran said. I never would have got to Congress if I hadnt spent at least a decade on the local level. So I give the credit for running without that experience.

Berry and Murray promoted a general hands-off policy when it comes to the federal governments involvement in small local businesses and big corporations.

Berry wants to offer an alternative vision to grow jobs in the private sector by cutting corporate taxes to compete with the international marketplace and increase the research and development tax credit which would be a boom for companies in Northern Virginia.

Voters hit the polls June 8 to decide who will take on Moran.