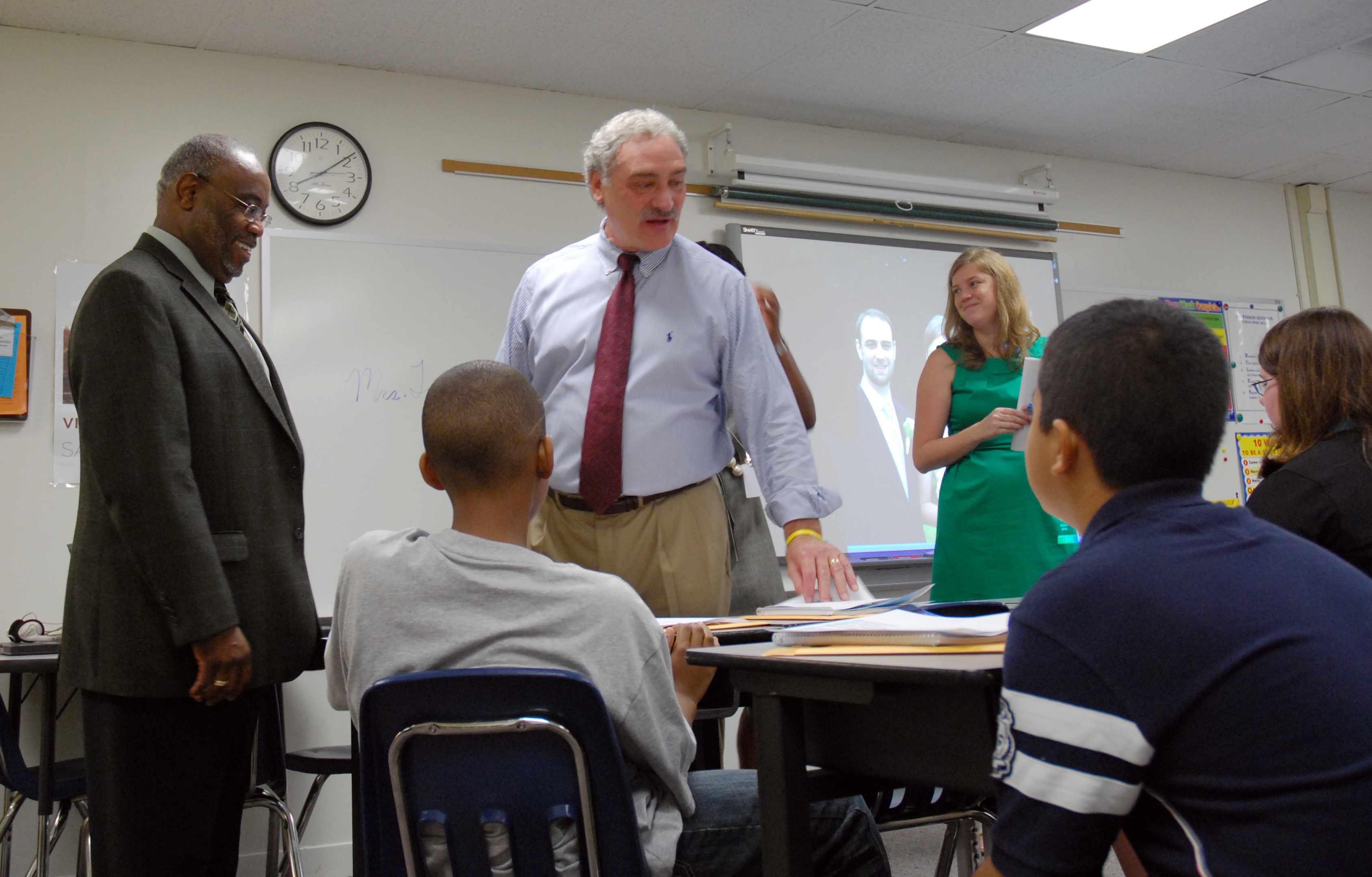 If Virginias statewide testing program is any indication, it looks like writers block is becoming a thing of the past for Alexandria students.

Preliminary adjusted results the calculation used for accreditation from this years Standards of Learning writing exams show improvement at 15 of the citys 19 public schools and a 6-percent jump for the entire school division, according to data released by Alexandria City Public Schools earlier this month.

Fifteen Alexandria schools have pass rates of 85 percent or more this year and 13 schools are in the 90th percentile or greater, according to the ACPS estimates. Eighty-nine percent of Virginia students passed the writing SOL last year, a level that four city schools have yet to reach.

With the release of the information on May 10, ACPS Superintendent Morton Sherman said the initial results will set the stage for many more successes.

Over the last several years weve tried to increase the focus on writing instruction instead of just making writing assignments and I think were seeing thats paying off, Simons said.

The program, which bolsters teachers writing instruction skills and emphasizes getting students comfortable with the writing process, expanded to all elementary schools this year.

Most teachers, in their undergraduate or graduate training to become an educator, do not receive any training in how to teach writing, Simons said.

Sandi Slaven, a fifth-grade language arts teacher at Jefferson-Houston elementary a school with a history of underperformance has noticed the new programs effects in less than a year.

A renewed emphasis on writing across all subjects in the elementary and middle schools may have also impacted the initial SOL results this year, according to Simons.

Among the biggest increases were Maury Elementary School and Jefferson-Houston, which is making a transition from an elementary school to a kindergarten through eighth-grade model. After lagging significantly behind the rest of the city last year, the two schools made gains of 29 and 21 percent, respectively, this spring.

Maury, with 93 percent of fifth-graders passing this years test, will likely end up surpassing the Virginia average if the state-wide figure continues on its current trajectory of a 1 or 2 percent increase each year, according to state testing data.

The improved performance at Jefferson-Houston gets the school back near where it was two years ago, having plummeted to 52 percent passing in 2009.

Principal Kimberley Graves said she was pleased with the progress made this term, but did not overlook the fact that, with 73 percent passing, according to the preliminary results, her school is still last in Alexandria.

Seventy-three percent is not 100 percent so we still have work to do, Graves said. Im proud of the progress that the students have made but feel deeply that until all students are achieving at high levels our work is not done.

Slaven said the work is already paying off in the classroom.

One of her students, plagued with poor handwriting, had always struggled with writing. The problem was acute enough that the student would refuse to write a sentence.

By fifth grade, he had this big block where he just didnt want to write anything, Slaven said. But slowly, through modeling and helping and really building his confidence, he sat down and took the writing SOL test.

The fact that he even sat down and wrote an essay to answer the prompt is huge.

Finalized results for the writing and other SOLs become available in the summer, according to ACPS sources.