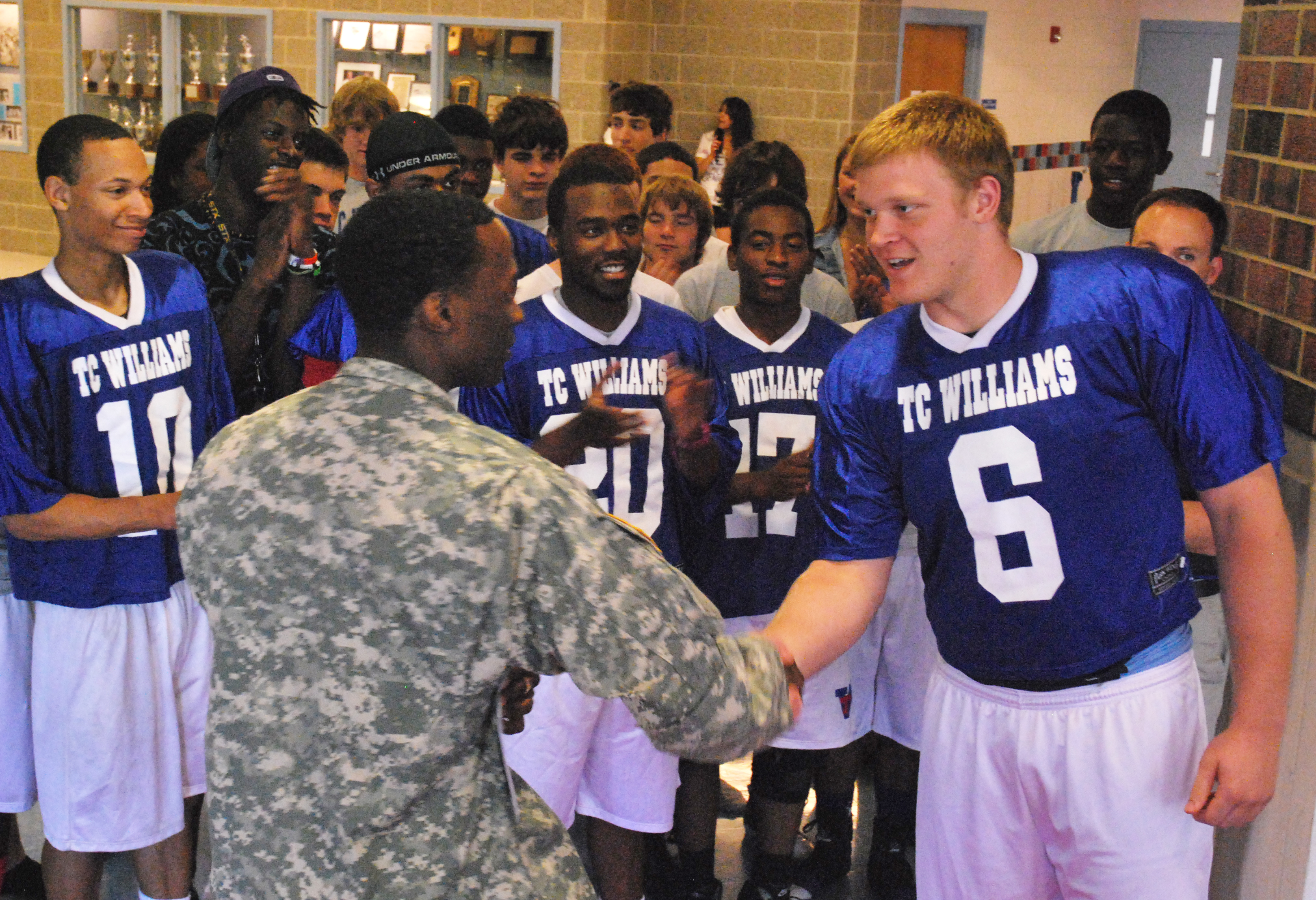 Even though that nights lacrosse playoff game was firmly on his mind last Thursday, Jay Whitmire had no choice but to think of his senior football season to come this fall.

Thats because two U.S. Army sergeants made official the 6-foot-6, 290-pound offensive linemans nomination for next Januarys All-American Bowl, a showcase for 90 of the nations top college football prospects.

Although T.C. football coach Dennis Randolph told him about the news three days earlier, the offensive tackle still appeared a bit overwhelmed at the accolade one of many that have been piling up since last year.

Its an honor, Whitmire said, after being given his nomination paperwork  at T.C. last Thursday. I always liked to watch it on TV and its cool that Ill have a chance to do that too. Its awesome.

As one of 400 nominees, Whitmire will find out in the coming months if he will be the first-ever T.C. Titan to play in the game when it kicks off next January in San Antonio. The announcement simply reaffirmed his status as one of the countrys top linemen.

Last fall, Whitmire was the only Titan on the Washington Posts talent-rich All-Met first team. This spring, hes on the ESPN.com watch list for the top 150 college prospects. Scout.com has him as the No. 26 high school lineman in the country.

According to Whitmire and Randolph, the junior has already received about 15 to 20 scholarship offers from top football colleges, including Big East and ACC schools. Whitmire said its all extra motivation for a successful senior year.