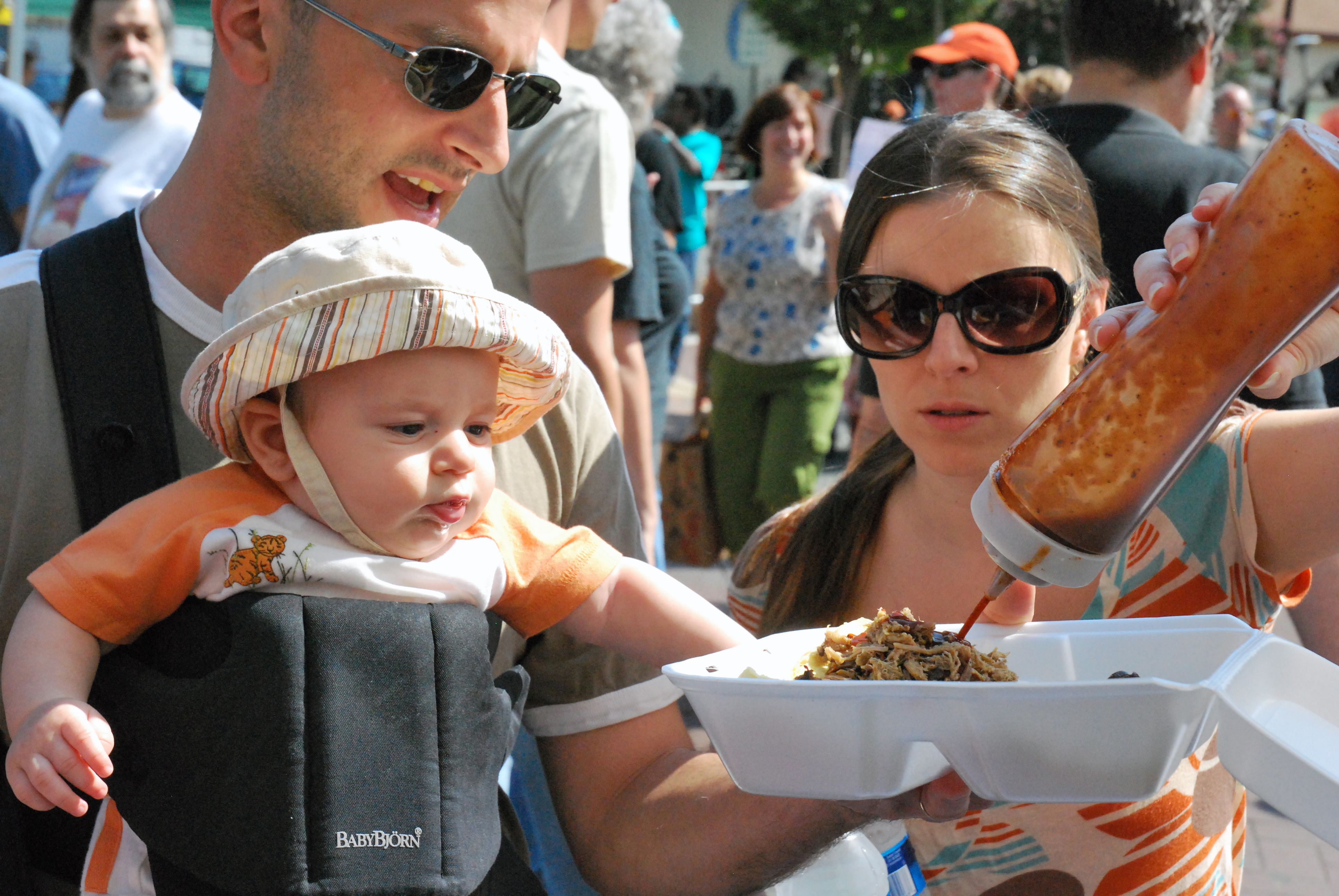 Summer is traditionally barbecue time. This summer that tradition is about to take on a whole new meaning for barbecue lovers throughout the area.

Pork Barrel BBQ, currently under construction in Alexandrias Del Ray neighborhood, recently announced their Competition BBQ Team was recognized as one of the top teams in the world-renowned May World Championship Barbecue Cooking Contest held in Memphis. They competed with more than 250 of the worlds best barbeque teams.

All of the teams entries were prepared using Pork Barrel BBQ products including their All American Spice Rub and Pork Barrel BBQ Sauces. They were the first competitor to use Iberico de Bellota pork, a meat from purebred Spanish heritage swine, according to Mike Mango Mike Anderson, co-owner of the new Del Ray enterprise who drove the team to Memphis and helped with the preparations.

It was a tremendous honor to have been selected to participate in the competition, said Heath Hall, co-founder of Pork Barrel BBQ. Placing in the top 15 in four categories at our first competition is something beyond our wildest dreams.

Wagshals, the distributor of Iberico in the United States, sponsored the team and supplied them with meat and seafood for BBQ contests throughout the year. For the Memphis competition, the team submitted a venison loin wrapped in Iberico. It placed 12th in the Exotic contest.

It was an incredible experience, Hall said.

Pork Barrel BBQ was founded in December 2008 during the peak of the economic crisis. Hall and Brett Thompson ran the company out of the basements of their homes, selling their sauce one bottle at a time. One year later, their Pork Barrel BBQ Sauces and Spice Rub are on schedule to be carried in more than 1,000 stores in 40 states later this summer.

Kassidy McDonald - August 18, 2022
Putting pressure on something that’s already bursting at the seams usually doesn’t end well. That could mean squeezing into an already tight shirt after visiting...

Out of the Attic: Samuel Tucker’s 1939 library sit-in