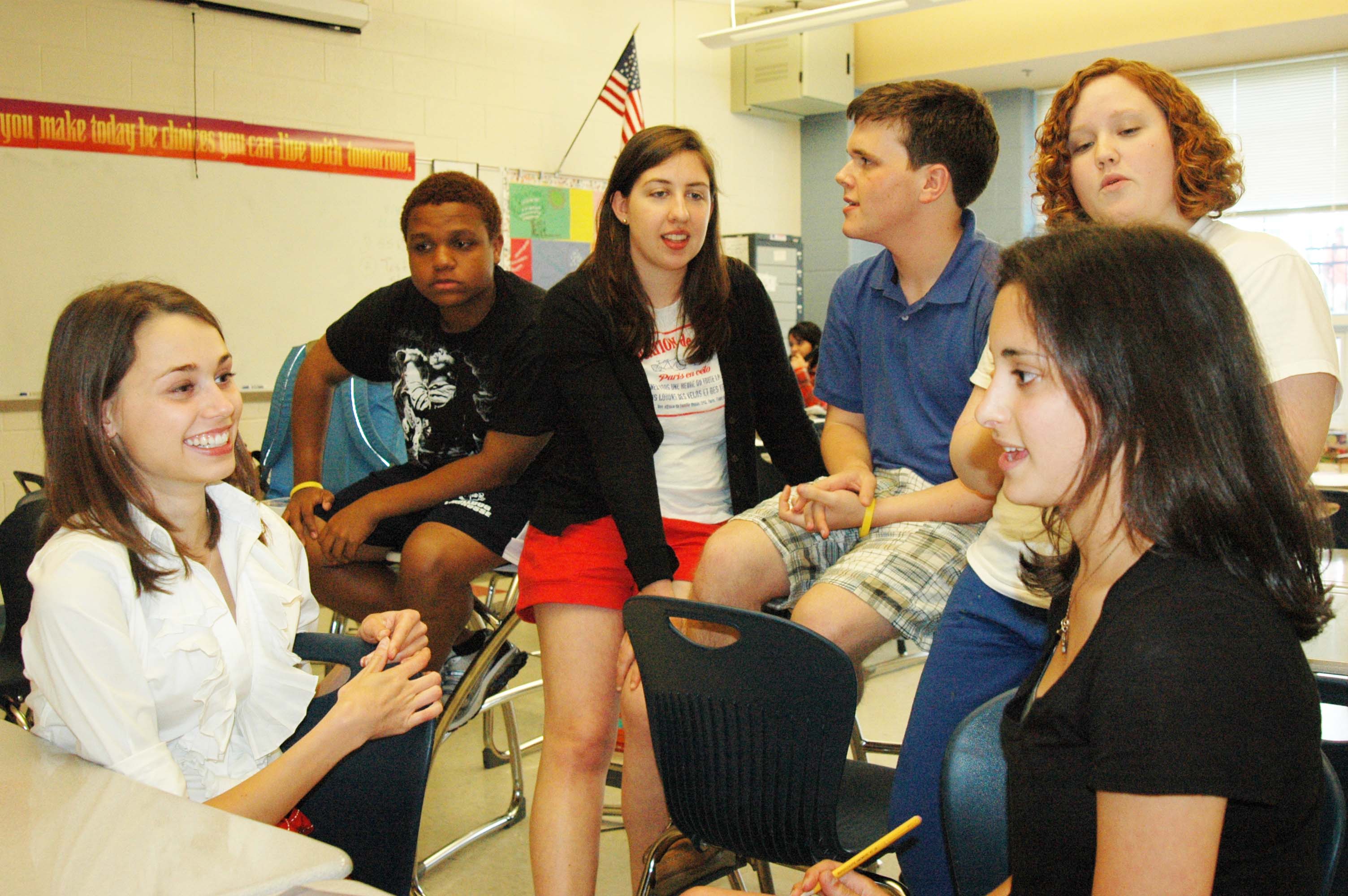 It all started on Facebook. After an earthquake struck Haiti this winter, a T.C. Williams High School student questioned on his wall the wisdom of aiding the poorest country in the western hemisphere as so many people struggle here in the United States.

The problem seemed a world away to him.

The third-world disaster hit closer to home for Emma Kemler and Kate Snow not because they have family or friends there, but simply because they relish the common humanity they share with Haitians.

A heated discussion ensued, sparking a wall war on Facebook, which upset Snow a great deal. That’s when the platform, developed in the vein of social interaction, showed how it has evolved into a hub of social activism.

“She was getting really distraught over it and I said, ‘We can’t just sit here and argue, we need to do something really productive,” said Kemler, who is still a year away from graduating high school yet articulates her ideas like a college student. “So we started the club Titan Aid.”

Six students from a core group of 15 gathered around a cluster of desks Tuesday in Ms. Kiyak’s Orphanage, the endearing appellation for the English teacher’s open-armed classroom. They proceeded to make an eloquent, selfless case for their upstart club, over which Kemler and Snow preside.

The student-spawned organization has put in several hours of bake sales and volunteer hours since its inception, raising money for the community-building organization Architecture for Humanity and donating medical supplies to World Hope International.

But Titan Aid’s signature event, Titan Aid Live, includes a band whose original members once roamed the same halls as Kemler and Snow, albeit less-expensive halls with 1990-era patterned walls. Virginia Coalition, which has had the most widespread success of any band to come out of T.C., will headline the May 15 show at the Birchmere.

“If anyone ever comes calling from T.C. Williams, then that’s special for us,” said Paul Ottinger, a T.C. alumnus and multi-instrumentalist with VACO, as the band is known to its fans. “Helping Emma out is a no-brainer. Someone did it for me when I was her age and she’ll do it for someone when she’s older.”

VACO has always been known for its energetic live shows and Kemler hopes to capitalize on that and the fact that the band contains former Titans to raise interest among students.

Titan Aid’s goal is to raise $2,500 and awareness at the concert, where the club will sell T-shirts and awareness ribbons. An acoustic guitar donated by the Del Ray School of Music will be raffled off as well.

Snow’s and especially Kemler’s rare dedication to their humanitarian effort at such a young age is recognized by their peers and impresses others.

“These two are very abnormal,” jokes Kelly Danver, a friend to the girls and fellow Titan Aid member.

“Emma goes above and beyond,” said Sarah Kiyak, the group’s faculty advisor. “She’s the heartbeat of the organization. This concert would not be happening if it weren’t for her efforts and her energy. And Kate supports her as a really good co-president.

“Each one of these students is selfless. They’re thinking beyond themselves, which is really very uncommon in high school.”

Kemler is the obvious leader of the club, but she is also the most humble. Her experience running the club since its organic beginnings has given her confidence, she says, and is sharpening her tact and her mind for the future of “the real world.”

She wants attention for the cause, not for herself.

“When you open up the newspaper, Haiti isn’t there like it was in the first two weeks” Kemler said. “So it’s like these forgotten corners of the world that we’re trying to bring alive again and we’re discovering that it’s really hard.”

Titan Aid will work to help other causes in the future. Haiti is just their first of many, according to the group and there is a learning curve. Students say that it hasn’t been easy putting on fundraising events because of the bureaucracy involved, but they are learning as they go how to jump through the necessary hoops.

It doesn’t seem like it will be a problem and the group definitely has supporters on board.

“What Emma’s so driven about is treating other human beings on this planet with passion and respect and if you can’t get behind that, then what can you get behind?” said Ottinger. “I’ll just say that it’s an encouraging sign that if we’re going to have to compete with China in the future, then it’s a good thing we have her around.”