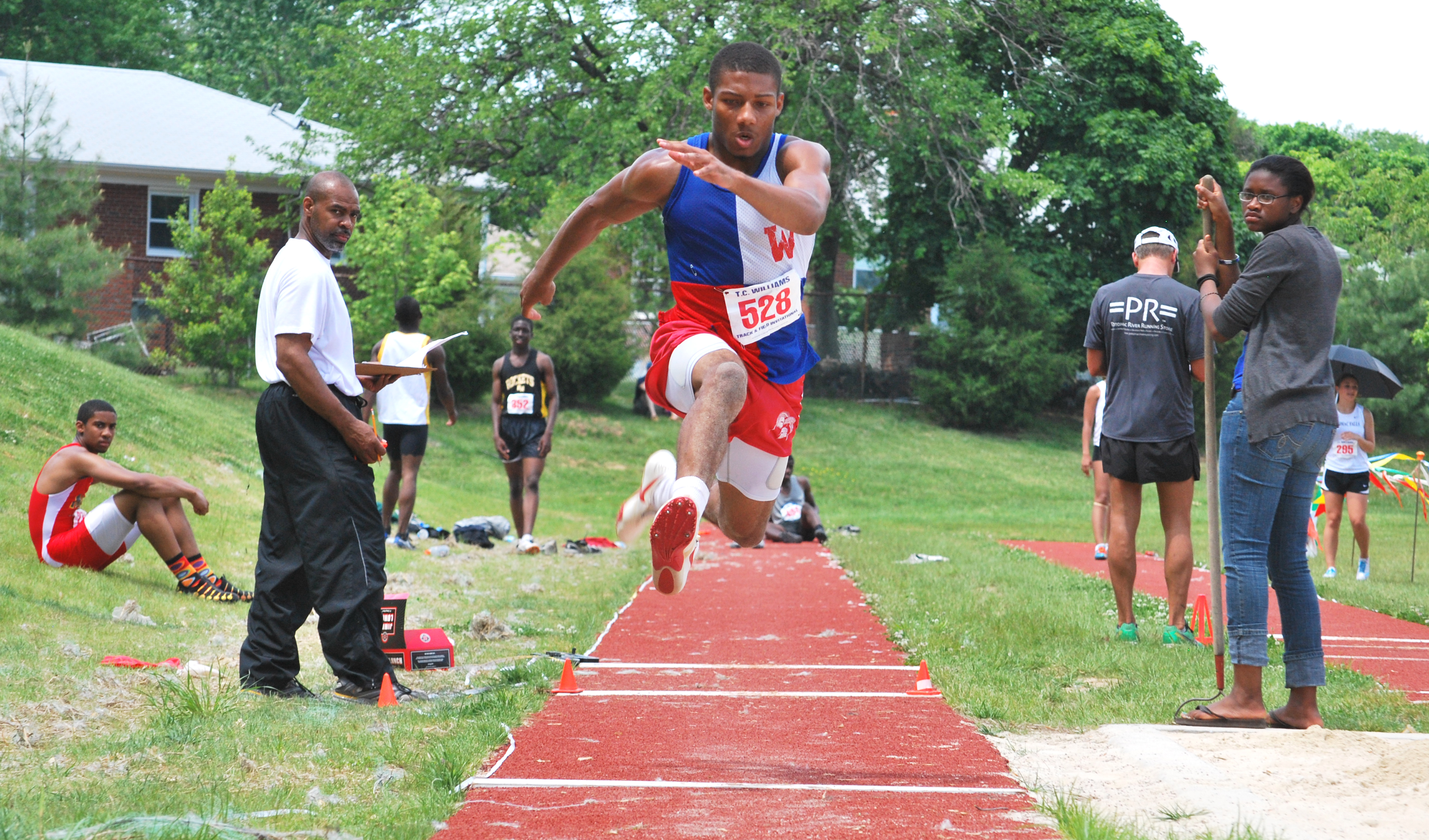 The T.C. Williams boys track team put together a successful defense of its home turf on Saturday, winning the T.C. Williams Invitational with 111 points at Parker-Gray Memorial Stadium. The Titans edged out Annandale by 14 points for the top spot, buoyed by several top relay finishes.

Seniors Malcom Cameron and Darnell Roy finished one-two in the boys long jump for a crucial 18 points and Kentdrick Barnes came in second in the high jump, one of just two athletes to clear the 6-foot mark. Aziz Coker finished second in the 100-meter dash with a time of 11.29 seconds. Chelo Abbe also finished second in the 800, missing out on first place by two seconds. Nicholas Ahumada won the 2,000-meter steeplechase

The Lady Titans finished ninth, led by the first-place showing of their 4×800 relay team and junior Maddie Christy’s win in the pole vault.

Malakoff’s success means he and his boat will be headed to France this summer to represent the U.S. at the Junior World Championships.

The Department of Recreation, Parks and Cultural Activities’ annual Hershey Track and Field Meet is on for May 16 at Episcopal High School. Registration for the track meet is free, but forms must be turned in to the Youth Sports Office by Friday.

Boys and girls ages 7 and 8 can participate in the 50 meters, standing long jump and the softball throw only.This age group will not advance to the district or state meet.

The Alexandria Aces are still looking for host families for the upcoming 2010 Cal Ripken Collegiate Baseball League season. The players, descending on Alexandria from around the country, need a place to sleep and access to a washer and dryer. The Aces can take care of everything else. To volunteer as a host family, contact Hilary Garner, the Aces host family coordinator, at 202-216-8304 or [email protected]