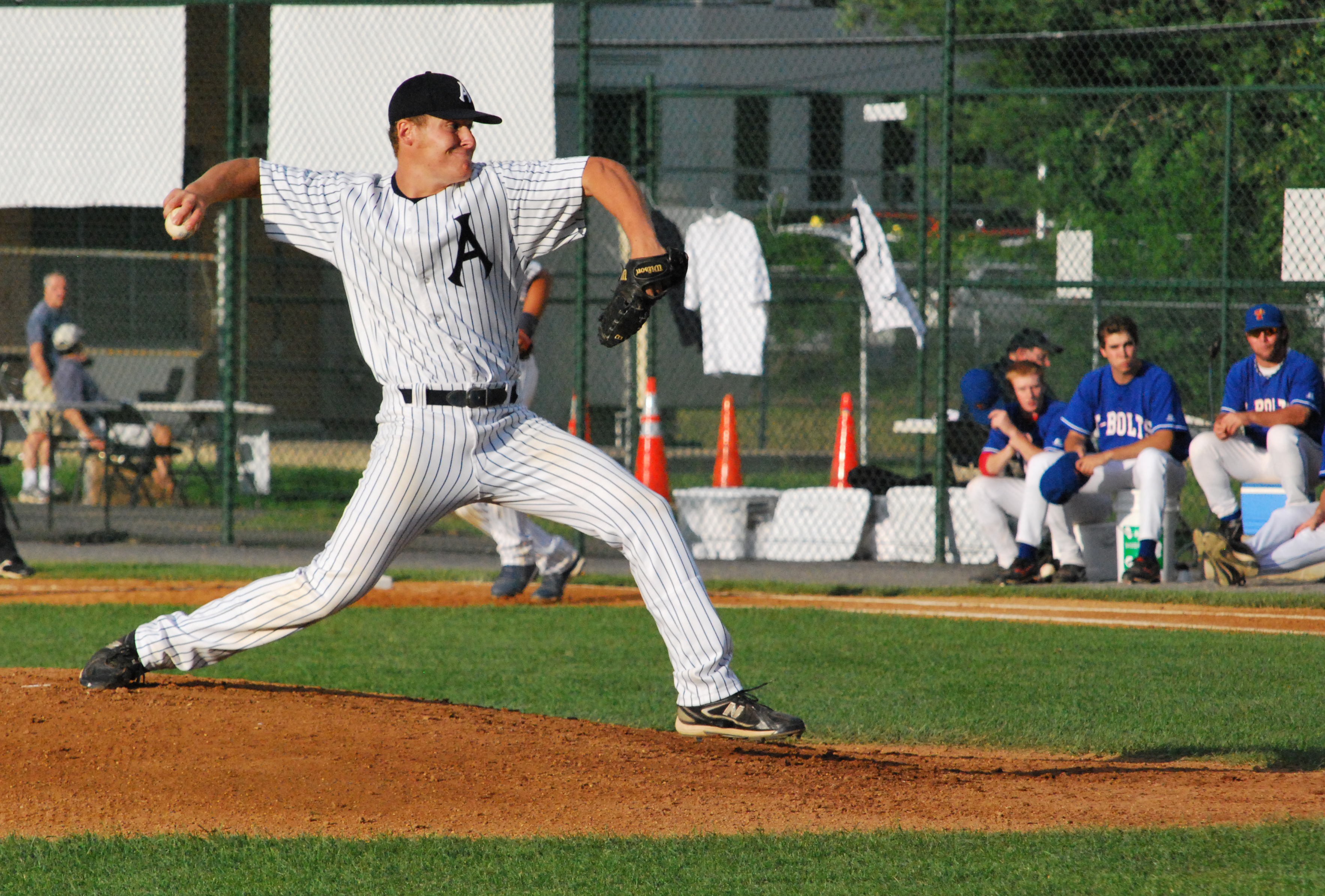 A one-game difference in the standings was all that separated the Alexandria Aces from a playoff appearance in 2009. For a team that was constantly on the wrong side of a close score line, that math the sum of a barnstorming two months of baseball was a bitter pill.

But with a new collection of ballplayers in town this summer for the clubs third season in the Cal Ripken Collegiate Baseball League, anxious optimism remains the daily special at Frank E. Mann Field
until the first pitch is thrown on opening night this Friday.

Its always a bit of a crapshoot to see how the collegiate players from around the country jell and adapt to the wooden-bat league, but third-year head coach Eric Williams thinks theyve got the winning formula this season.

On paper we have a better team than we did last year, Williams said during the teams first practice on Monday. Today its tough to think so but I think overall we should be stronger than last year, certainly pitching-wise.

All too often for those Aces of a year ago, it was one run that made the difference: In 14 of their 25 losses one in every three games the Alexandria squad lacked runs by the slightest of margins.

If one game had turned out different, the Aces could have made the playoffs. If they could have rallied in half of those 14 one-run defeats, they wouldve tied for third place in the league.

Despite a bright start to the season with the wooden bats, Alexandria struggled mightily at the plate and finished last in the league in both batting average (.217) and runs scored (116).

With the pitchers we had last year, if we had some run support wed have made a show of it, but we just didnt have the bats last year for whatever reason, Williams said.

Should this years crew a power squad if results from the recently finished college season are any indication make the necessary adjustments for success with wood for the next two months, it could be a different story.

Catcher Will Davis, a league all-star and one of two returning from last summers group, hit .281 with a team-high 12 home runs for Pennsylvania this spring. Newcomer Rand Ravnaas, a junior outfielder out of Georgetown, led the Hoyas with a .347 average and 11 home runs.

Along with Davis behind the plate, Williams welcomes back left-handed pitcher Max Knowles (North Carolina Wesleyan) for a third season the only three-time Ace.

Daviss experience behind the plate should prove a sturdy point from which to anchor this years team, Williams said.

With Will, hes solid behind the dish, hes a leader, hes been through the program before, he knows all the things were going to do, the Aces skipper said.

On the mound, Knowles should key in the starting rotation after a solid junior season with an increased role at school.

Knowles said he uses the Aces season to hone his skills for school in the fall.

Before every summer I try to come up with two or three goals or objectives either throw more breaking balls for strikes, get up in the count more or develop a slider, which is one of my objectives this summer, Knowles said, adding that its the atmosphere that has kept him loyal to the Aces pinstripes.

Another cog in the starting unit could end up being Alex Eliopoulos out of Johns Hopkins.

Essentially coming out of nowhere this spring, Eliopoulos, a 6-foot-6 right-hander, worked his way onto the Aces roster with an impressive 10-1 sophomore season for the Blue Jays with 86 strikeouts in 82.2 innings of work.

Other new faces in the Alexandria dugout this year include Luke and Erik Bainer, twins from Kentucky who play their collegiate baseball at Morehead State.

After a stint in the batting cage Monday, Luke Bainer said the summer season presents a chance to improve for, potentially, a shot at big league baseball.

Im looking to get my swing a little bit better with wood, he said. If you want to be a player at the next level, your swing with wood really has to be there.

It feels pretty good. I poked a couple out there today, so Im enthusiastic about the summer, thats for sure.