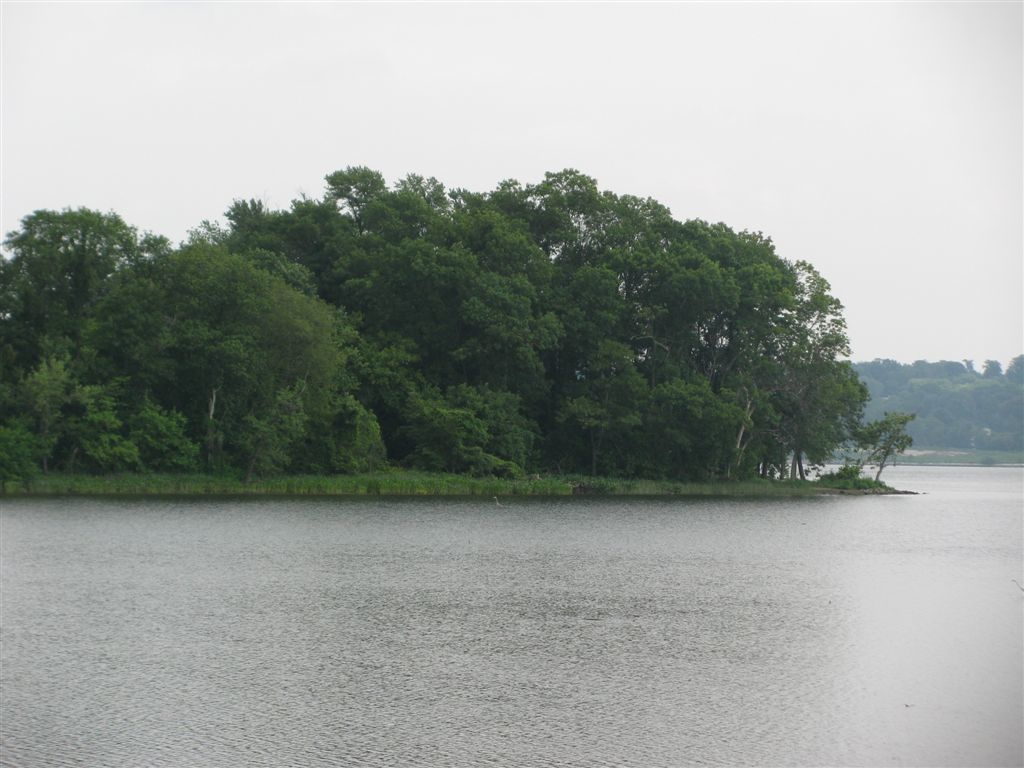 After more than a decade of heated meetings pitting one faction of Alexandrians against another, several disruptions and inconveniences associated with the new Woodrow Wilson Bridge and finally a decision on the design of a new Jones Point Park, the 65 acres of National Park Service land at the south end of Old Town Alexandria remains a magnet for controversy.

Now the battle lines are drawn on how construction of the new park will proceed and how long the park will remain inaccessible. During a meeting of the Woodrow Wilson Bridge Neighborhood Task Force on June 17, 2008, it was announced the park should be open once again for public use by the Spring of 2011.

Thats not going to happen.

However, through all the meetings and discussions, the one constant upon which all factions agreed was that the park should be completed and opened as soon as possible after the new bridge was operative.

There was never any discussion of phasing park construction to maintain its accessibility.

There is now controversy over the fact that the park may be closed for 18 to 24 months while reconstruction is underway. A petition has been signed by more than 200 Alexandria residents calling for park access during that construction period.

As pointed out by former superintendent of the George Washington Memorial Parkway David Vela, during various public meetings on Jones Point Park, This is a national park. It is for the use of everyone. It is not there only for the convenience of Alexandria residents.

The fact that it is a national and not a local park was recently reiterated by Velas replacement superintendent Dottie Marshall and deputy Superintendent Jon James. As for phasing the construction, That was never considered, Marshall said.

The references in the environmental study to the park remaining open during construction referred to the period when the bridge was being constructed, she said.

If construction is phased it will both prolong the opening of the new park and increase the costs considerably, according to Kate Barrett, landscape architect at NPS, which will be overseeing the rebuilding project. It has been estimated that enforced phasing could add an additional two years time and raise the final cost by $2 million over the projected cost of $19 million.

It we are not forced to phase construction we are still looking at a proposed 18 month construction time frame. But that is a generous estimate. Provided we dont run into any extraordinary bad weather like last winters blizzards or other problems it could be finished in a much shorter time, Marshall said.

However, she was also somewhat skeptical of the true intentions of those wanting the construction phased. Im not so sure that some people would like to see the construction take longer so that others cant access the park sooner, she said.

Initially the contract was to go out to bid on June 8. This has now been pushed back to July 27, according to Jalai Masumi, deputy project manager, Virginia Department of Transportation, which will manage the construction. Commencement remains scheduled for this October.

This delay in letting the contract bids had nothing to do with the controversy over the phasing. It had to do with a number of elements needing to be clarified. We are doing the best we can to get the best contractors for the job, Masumi said.

Right now were in a pretty good financial climate for construction. If the economy improves costs will begin to rise. We also have to make sure that every element of the mitigation agreement is met, Barrett said.

The city has suggested that we talk with the contractor to see if they can adjust their work in such a way that certain portions of the park can be open as they complete work in those areas. That will make the contractor aware of the communitys feeling.

Its relying more on a good relationship with the contractor rather than making it an actual part of the construction contract. If phasing is put into the contract as a requirement thats when delays occur and costs rise. It can negatively impact how they arrange staging of their subcontractors and delivery of materials, Barrett explained.

That was buttressed by John Undeland, spokesperson, Woodrow Wilson Bridge Project. The longer it takes the higher the cost. You have to remember that during the bridge construction only 30 percent of Jones Point Park was impacted, Undeland said.

What people are used to, like walking their dogs and strolling in the park, will not work while all this construction is underway. There is going to be a lot of heavy equipment moving around, pile driving, digging drainage and irrigation ditches and other activities that can be dangerous, he said.

There is also a lot of work that requires entire areas to be closed off such as building the turf base for the athletic fields and construction for historic areas. When its done it going to be much more inviting for everyone, Undeland said.

Those safety concerns where echoed by Alexandria Mayor Bill Euille. I share the citizens concerns about having access to the park while construction is underway. But, on the other hand, there are safety concerns and other factors. Im hoping we can reach a reasonable accommodation for all parties concerned, he said.