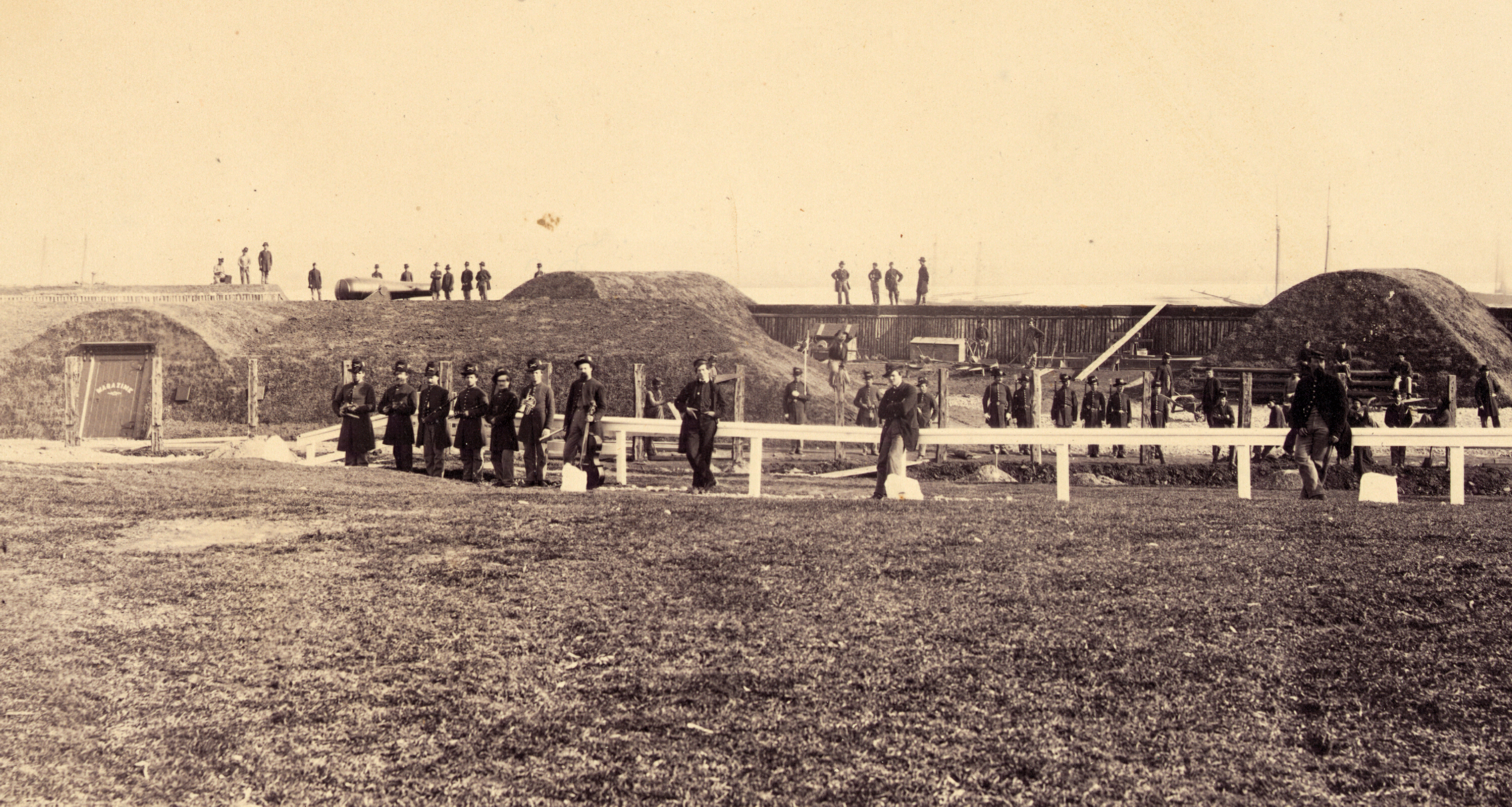 Several installations in the Defenses of Washington, the ring of forts built around Washington, D.C., to protect the federal capital during the Civil War, were located close to and in Alexandria.
Unlike Fort Ellsworth and Fort Ward, which were positioned on higher inland elevations to the west, Battery Rodgers was located along the Potomac River, just south of the existing city limits.

Battery Rodgers was named for George W. Rodgers, a U.S. naval captain who was killed in 1863 during an attack on Fort Wagner at Charleston, S.C. Battery Rodgers was strategically positioned on a bluff at Jones Point, on the western side of the Potomac with Fort Foote, located about two miles south on the opposite side in Maryland. In this location, Battery Rodgers was able to guard against Confederate ships on the Potomac and enemy approaches by land to the south.

Plans for the water battery, as it was sometimes referred to, included a 185-foot-long main face, five 200-pounder Parrott rifles, one 15-inch Rodman gun, and two magazines. In this 1864 photograph, the door to one of those magazines is visible on the left, as is the Rodman gun. The gun was large enough for a person to crawl inside it and at least one man was photographed inside doing so. Additional facilities for this fortification included barracks, a mess hall, prison, hospital and slaughterhouse.

No remains of Battery Rodgers exist today, but markers along the waterfront and at the intersection of South Lee and Green streets recall its history.