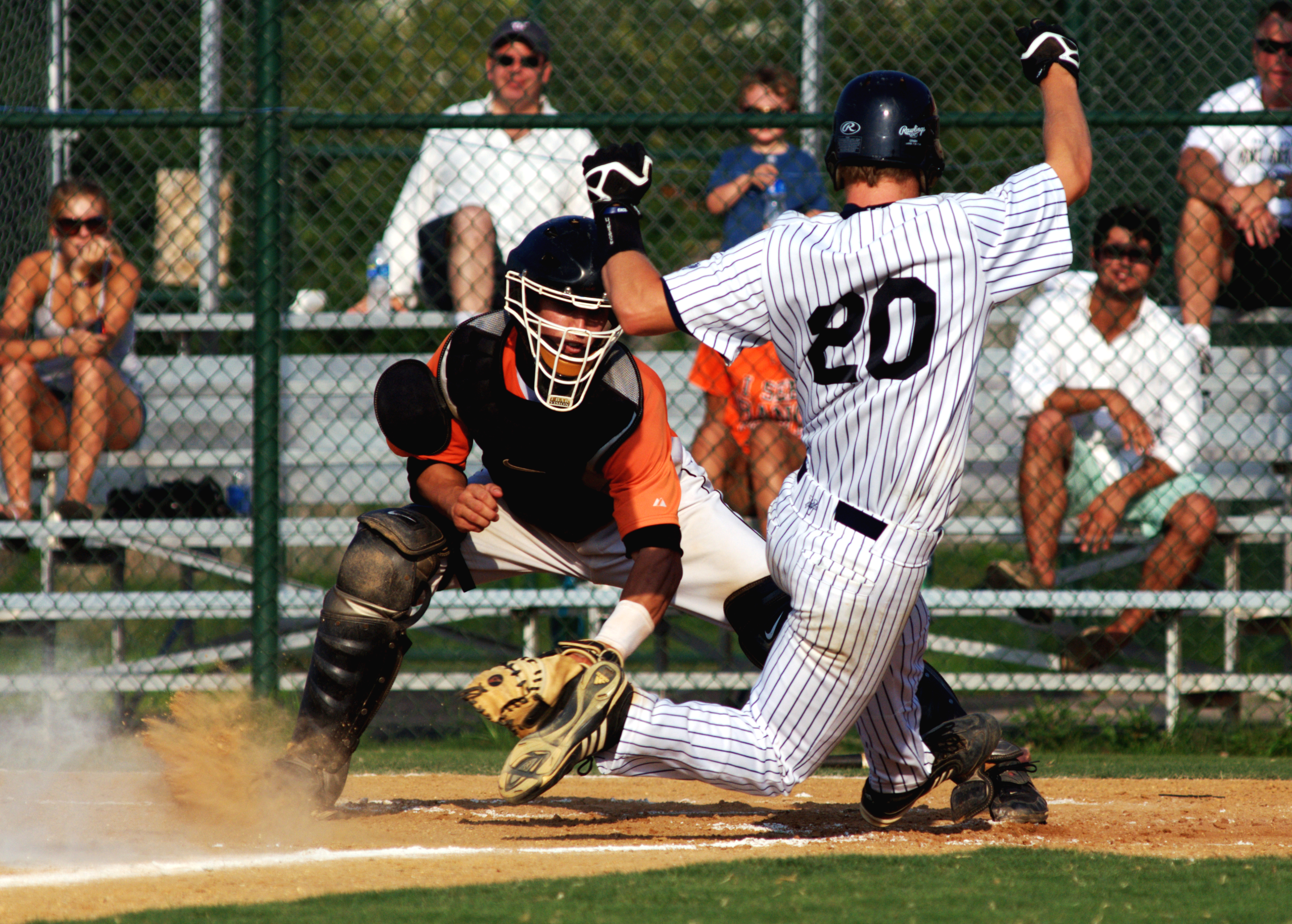 The Alexandria Aces just havent been able to catch a break this summer. Monday night at Frank E. Mann Field, their 14th loss by three runs or less was no different.

Little separated the Aces and the Baltimore Redbirds until a fielding error on a possible double-play ball in the top of the seventh kept two runners alive for the visitors. Two batters later, the visitors cashed in with what proved to be the game-clinching hit in the Redbirds 3-0 road win.

To the Redbirds credit, they didnt flinch, limiting the hosts to just four hits.

But the Aces, who sank to seventh place with the loss five-and-a-half games out of the final playoff spot with six games to play were also missing two of their three best hitters because of unforeseen, non-baseball matters. The day before, they played a double header with the league-leading Orioles (3-2 and 4-1 losses). Monday was their sixth game in five days.

It seems like were always catching a couple of bad breaks at exactly the wrong time, said Aces manager Eric Williams, whose squad moved to 13-24 with the loss.

For six innings, the host Aces traded zeros on the scoreboard with the third-place Redbirds (23-14).

With two outs in the bottom of the sixth, Baltimore starting pitcher Tyler Austin walked one Alexandria batter and hit another to spot the hosts two base runners for clean-up hitter Will Davis, but struck out the slugger with a crafty slider to end the inning.

Five batters later the Redbirds made the most of the scoreless deadlock with Frank Florio plating runners from second and third that, without the one-out error earlier in the inning, couldve just as easily been out.

Aces reliever Karl Lamont collected a grounder off the bat of Josh Conway at his feet and fired toward second base for the first force out, but the throw was well behind shortstop Chris Murphy who dropped the ball and was unable to make a play.

In combination with the way the sixth inning ended, it was a one-inning span that served as a brief snapshot of much of the Aces season.

We have had plenty of opportunities, but, again, it boils down to guys not producing, not executing what they need to get done, Williams said.

The Redbirds dugout was relieved to get any runners in front of Florio, who is definitely swinging the hottest bat for us right now and we were fortunate that he finally got up in a situation when we had some guys on, said Redbirds assistant coach Mike Carter, filling in for manager Mark Palmerino.

A week ago, with 12 games left to play, the Alexandria Aces were still in a position to make some noise in the Cal Ripken League playoff race. However the six-game blitz (through Monday) sent the Aces in a tailspin away from the final playoff spot.

At the other end of the standings the Redbirds have been able to pull things together in a way the Aces have not. They won the season series 5-1.

Weve been fortunate enough to play the Aces well, but theyve all been close games, Carter said. Games normally going 0-0 into the late innings, but weve been fortunate to get guys on base with timely hitting late.

Davis, who spends most of his time behind the plate for the Aces, was stationed at second base on Monday night. The University of Pennsylvania senior said that part of the issue for Alexandria is likely because its a team full of young guys in a trying situation.

Summer ball is a grind so youve got to come out every day and expect to grind through it for three or four hours, Davis said.

The second-year Ace also remained hopeful for the final week of the season.

Our pitching and our defense has definitely improved, but were not getting the timely hitting we need, Davis said. Its a little late to get that last piece, but if it clicks we could get on a little roll.