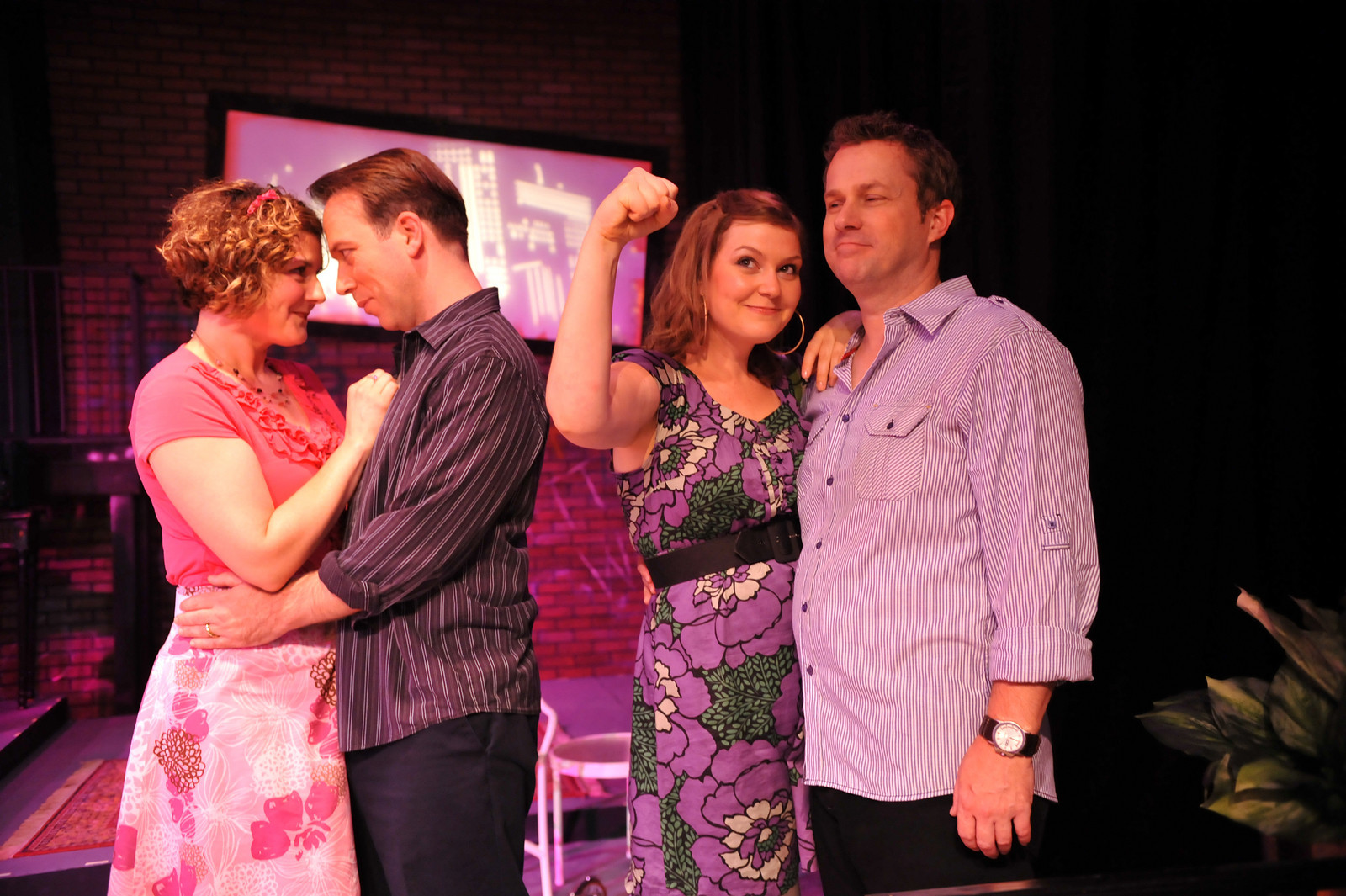 Stephen Sondheims Company took The Little Theatre of Alexandria patrons on an emotional journey that concluded with the audience rising from its seats en masse at the end of the production last Saturday, the plays opening night.

The musical chronicles the life of Bobby (Patrick McMahan), a 35-year-old single man with a large group of friends, most of whom are married. Bobby is everyones best friend and three womens boyfriend, but manages to avoid becoming emotionally intimate with any of them. His friend Susan (Jennifer Lyons Pagnard) tells him that every time he visits she feels like were auditioning for him. Another friend comments that he always seems to be keeping score. Whos winning? he asks.

Bobby watches his friends go through the challenges of married life, always the sardonic observer. They continually introduce him to women and encourage him to settle down. At the end of the first act, he sings Marry Me A Little, hoping for a relationship that would protect him from loneliness while feeding his need for emotional distance.

Bobby (McMahan) has an extremely challenging role to play. Bobby is carefree and popular as far as anyone can tell, and he does not reveal his emotional turmoil until the last moments of the play. McMahans Bobby was unsympathetic in his attempt to distance himself, even from his friends. This read of the character makes sense given Bobbys psychological problems, but his behavior also sets the audience at a distance, making them wonder why someone who acts like Bobby has so many friends. McMahan keeps the audience from becoming too invested in Bobbys future.

Bobby goes on a few dates in the second act, but he shows no signs of settling down. He responds with horror when April (Maureen Reed), a girl with whom he had spent the night, gives in to his pleas and actually stays with him.

Eventually, his married friends begin to accept the idea that he will always be a bachelor and even envy it: The men live vicariously through his dating experiences while the women fantasize about taking the place of a wife or girlfriend in his life.
Near the end of the play, something snaps. Joanne (Karen Jadlos Shotts), one of the wives, provokes Bobby into admitting that he wants the kind of relationship that he has always rejected. He dismisses her argument angrily and begins to sing Being Alive, in which his stasis finally comes crashing down.

Company is a difficult show both musically and in its plot. In Sondheims own words, the story is non-linear. The Little Theatre cast did a remarkable job facing the challenges of the production. While the dancing was a bit commonplace, the big musical numbers had tremendous energy.

McMahans singing was phenomenal. His voice filled the theater, and his expression of Bobbys confusion and loneliness was sincere. He was a funny and believable character, and the transformation at the end of the show was truly powerful.

Marta (Corinne Baker), one of Bobbys girlfriends, stood out from the crowd for her excellent singing. Marta is a bizarre character, and Bakers portrayal of her reveals a young woman who takes very frank enjoyment in life. She was lovable and fun every time she walked onto the stage. Her outstanding moment was her solo, Another Hundred People. Baker has a powerful and expressive voice that glued the audience to the stage.

Joanne (Shotts) was another exceptional character in the play. A jaded older woman who is on her third husband, Joanne another friend of Bobbys appears onstage periodically, usually to make a cutting remark. Like Bobby, she seems to stand apart from the rest of the cast, but her mockery is much more apparent. She sings the second to last song in the play the only song bringing the audience spontaneously to its feet.

Ladies Who Lunch was a knockout. Shotts raw voice gave expression to all the pain and fear behind Joannes scorn, paralyzing the room. The single, pure note, free of the jagged edges left by alcohol and cigarette smoke, was enough to take the audiences breath away.

Company is a show for an audience ready to take a journey. It travels through many different lives and gives you anything but the truth about a main character whose personality is constructed around a lie: That he is happy. The story is the incredibly realistic portrayal of the pain people can inflict on themselves. It is almost terrifying to an audience that contemplates the possibility of a life like Bobbys. At the same time, it reminds us that whatever the power of inertia, change is still possible for a man who is finally able to give up the illusions and face himself.

Company is playing through August 7 at The Little Theater of Alexandria, 600 Wolfe St. For more information, call 703-683-0496 or visit www.thelittletheatre.com.