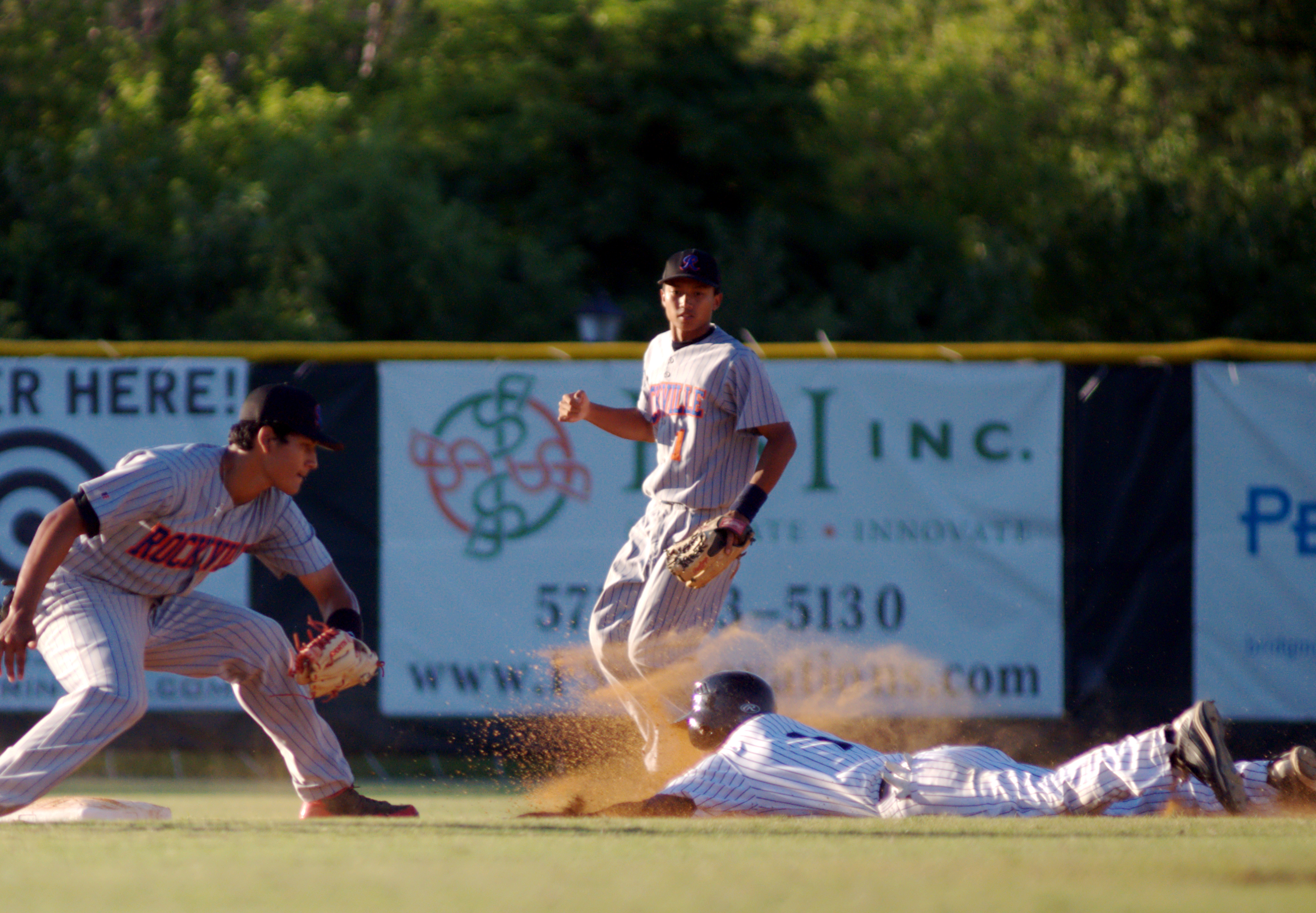 Down by a run with a man on first base and just one out in the bottom of the fourth inning, Spencer Branigans hard line drive to the gap on the right side of the Rockville Express infield seemed sure to cause trouble.

It did, striking teammate Will Davis in the base path on his way to second, forcing the second out of the inning. The freak play killed a potential Aces rally and, on a night of errors and free bases for both sides, wasnt out of place for Alexandrias 3-2 loss Friday night at Frank E. Mann Field.

While the Aces racked up eight free bases themselves walks, errors, hit batsmen they gave the visiting Express more than a dozen, including several easily stolen bases.

Three Aces runners were caught stealing two with just one out which made scrounging for a win even more daunting.

Aces manager Eric Williams saw the bigger picture as more of a mental issue than an abundance of funky errors.

Im just going to call that one dumb luck, Williams said of the Davis out, but these other things that are going on arent just dumb luck. Its not paying attention to the game.

Until they figure out that the game requires their complete attention from start to finish, theyre going to continue to make stupid mistakes.

The game was close from the outset.

Aces starter Brian Derner struck out his first batter of the game with just three pitches but then filled the bases before getting Angel Ibanez to chop a ground ball into a double play.

Two frames later, the Aces looked primed to put runs on the board with the bases loaded and one out.
David Woods fly ball to right field was caught for the second out but a heady play from the Rockville defense caught lead runner Zach Tessier in a pickle between third base and home plate to end the inning.

The Express wasted little time making the most of the Aces base-running snafu, plating their leadoff runner in the fourth, fifth and sixth innings before Alexandria found an answer in the bottom of the sixth to cut the deficit to 3-1.

Despite another run in the bottom of the seventh and the steady hand of relief pitcher Chris McNulty, who held the Express scoreless for the last 3.2 innings, the hosts were unable to level the score.

For a game that had its share of oddities including an umpire change at home plate after three innings due to injury Rockville manager Angelo Nicolosi found the crucial difference on the scoreboard in the error column.

Today is a typical day of how I explain to my kids how baseball is played, Nicolosi said. Walks and errors will come back to haunt you. When you look at that scoreboard, if I can still see straight, its three errors for them and two errors for us.

[The Aces] are very good and theyve lost some tough battles, some close games and this is another one of them.

Just past the halfway point in the 2010 season, the Aces fell to 9-15 with the loss their fourth in a row but remain a better club than their last place record (9-18 through Tuesday) shows.

Starting pitcher Max Knowles had been atop the pitching leaders until a 7-0 loss to the Maryland Redbirds last Thursday. Through six starts, Knowles is 4-2 with a 1.53 ERA, three complete games and a league-best 38 strikeouts to his credit.

The Aces also have three hitters among the top ten in the league for batting average with Davis, Nick Allen and Rand Ravnaas all well above .300 with wooden bats for the summer.

Weve got a lot of talent, Williams said. Weve got three hitters in the top 10 in the league, [Knowles] is still running the league for pitchers, so its hard to put a handle on the current dip in results.