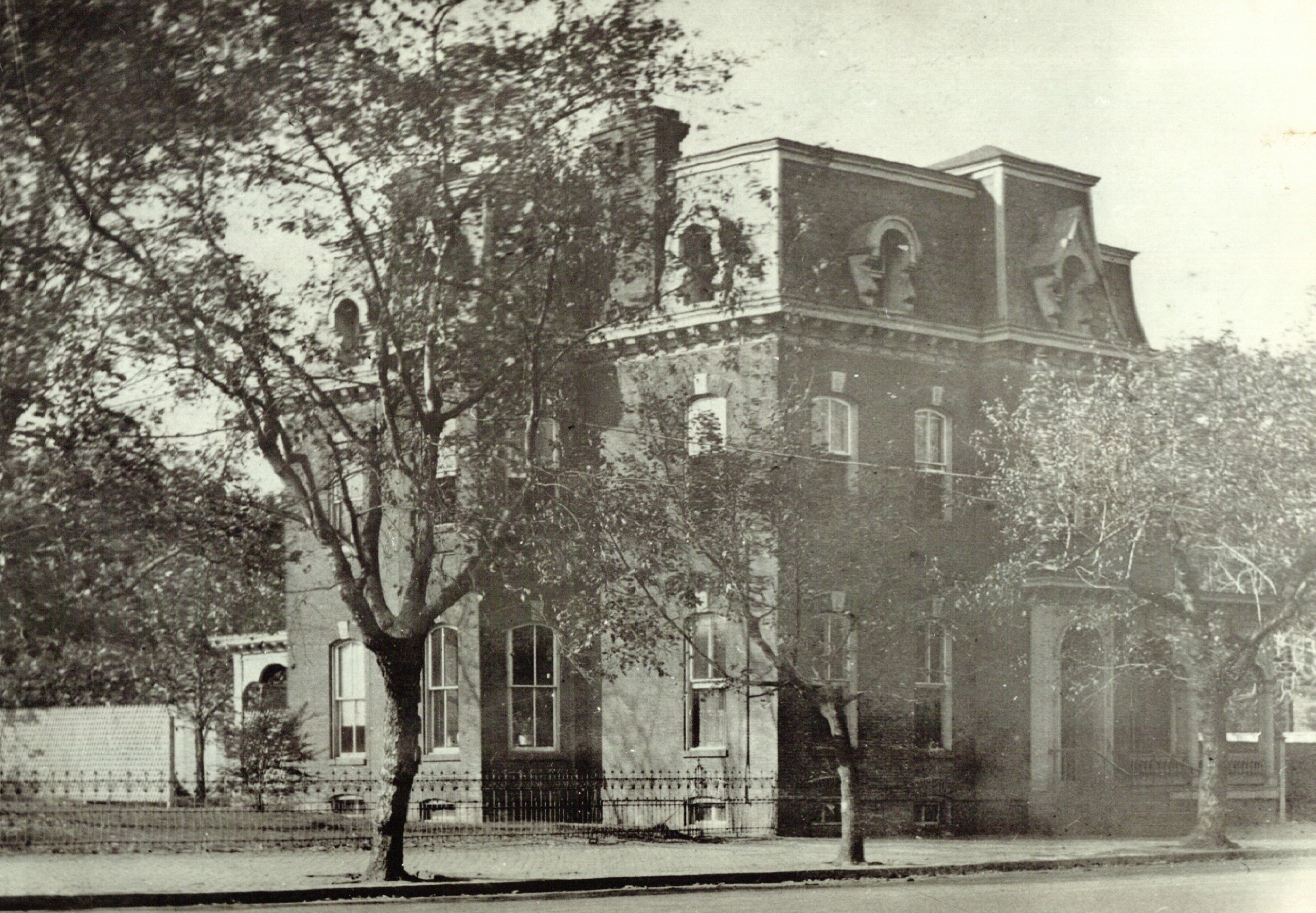 Around 1881, Herbert Bryant, a prominent citizen who owned a large fertilizer plant in Alexandria, had a new home built near the northwest corner of North Washington and Queen streets. Designed by architect Benjamin F. Price, the Second Empire style home featuring a mansard roof was noted in a local paper: Of all the residences in the city, none are handsomer than the one recently erected by Captain Herbert Bryant. The building inside is supplied with all the modern improvements. The workmanship on this building reflects credit upon Alexandria mechanics.

Even more than 25 years later, a souvenir publication described it as a splendid modern residence. Bryant died at his home at 306 North Washington St. in 1914, and around 1918, the property became the site for a new parochial school.

The Xaverian Brothers operated the school for boys within St. Marys parish. The first two floors served as classroom space and initially, the brothers lived on the top floor. But as enrollment grew, St. Marys purchased a nearby property to provide living quarters for the brothers. Lawn parties and suppers were held on the grounds to help raise money for the St. Marys school. Student enrollment at the Xaverian School reached 154 in 1930, but the school proved to be too expensive to operate. With church officials citing the impact of the Depression, it closed around 1934.

The old Bryant home was used as an apartment building for many years. In 1956, it and other structures in the 300 block of North Washington Street were demolished. In the early 1960s, an office building was constructed on the site.