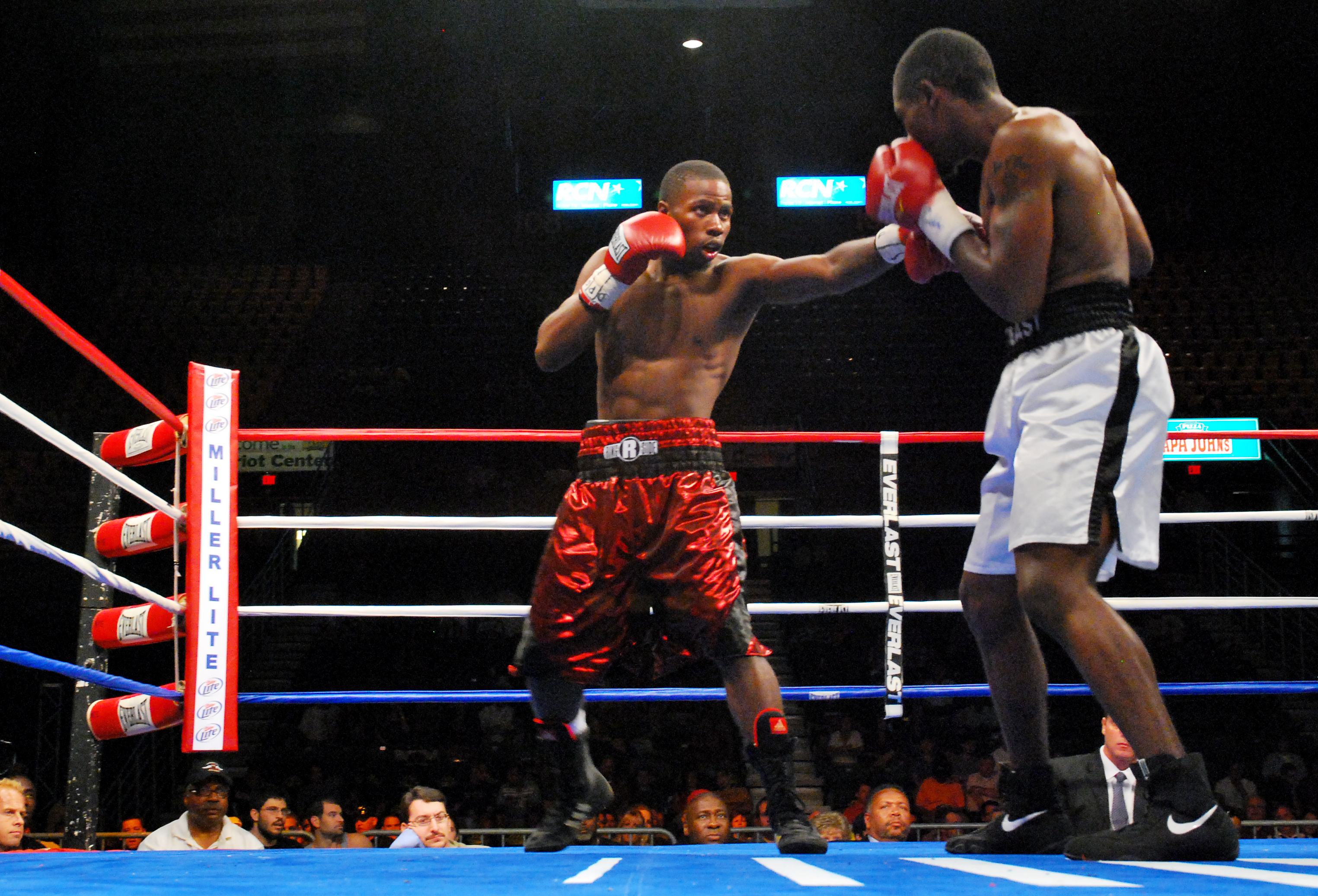 Fight night. Its a place Brandon Quarles has found himself dozens of times since taking up boxing as a 16-year-old.

But last Saturday night at George Masons 10,000-seat Patriot Center was different. The lights were brighter. The crowd was bigger. The gloves were smaller and lighter. He wasnt an amateur any more.

For the first time, Quarles, 23, was fighting as a professional, the opening bout on an eight-fight card for local boxer Jimmy Langes headlining contest. His 40-10 amateur history didnt mean a thing against Vincent The Beast Batteast, an old hand, by comparison, with a 1-2-1 pro record.

Three months of focused preparation and the claustrophobic pressure of an initial performance that, at four rounds, lasted less than 20 minutes, didnt faze the Alexandrian. He won his pro debut by unanimous decision, each of the three judges favoring him 39-37 on their scorecards.

His longtime coach at the Alexandria Boxing Club, Kay Koroma, smiled satisfaction after the fight.

Most people will freeze up in the first round, but he kept his composure, Koroma said. Considering the anxiety inherent in, essentially, a hometown debut, Koroma said hed give his pupil about a B-plus for the night.

The junior middleweight caught his stride after a jittery first round. A powerful right-hand shot to Batteasts head early in the second round drew cheers from Quarless supporters to the right of his own corner.

The shot established Quarless stake in the match, settled his nerves and propelled him through the final bell.

I could see I hurt him, almost like I spilled blood, and I went after him, the fighter said. Until that confidence-boosting punch, though, the night was dominated by tenterhooks rather than right hooks.

So many things were going through my head that I really cant explain, Quarles said last Monday, reflecting on the fight. Everybody was screaming my name. It was like, Well, Im here now. There was no turning back around.

But in reality the turn-back option was erased when Quarles decided to turn pro and sign with manager George Peterson in April.

Having proven himself through several weeks of sparring with former WBO welterweight champion Paul Williams at the latters training camp in Arlington, Peterson approached Quarles with the offer to manage his pro career.

It was a good opportunity that I couldnt pass up, said Quarles, a 2005 T.C. Williams graduate.

Deciding was one thing. Training was another. Slated to fight as a junior middleweight a 154 pounds, Quarles had to shed the excess weight he carried as an amateur boxing at 165 pounds.

So long, greasy, fun foods. Dinners became grilled chicken with rice. Salad and fresh fruit filled out the rest of his diet.

Those two became my best friends, Quarles said of the routine of fruits and vegetables. But after a while, you get tired of eating the same thing I want to go to McDonalds too, sometimes.

I gave my life to boxing right now. I realized that it is a job. Youve got to give it your all because there arent any shortcuts.

Saturday night, 1-0 as a professional, he treated himself to a sub in Arlington on the way home to Alexandria. Not a shortcut, but a prize.

Most of Saturday night before the savory prize was a learning experience for the 23-year-old.

Adjusting to the 10-ounce gloves used by pros, much smaller than the amateur size allowing swifter, harder blows to be dealt was one thing.

However, the electricity and expectations that come with professional boxing were different beasts entirely. He talked with Koroma every night during the week before the fight about what to expect and what to make of it all once he got inside the ring.

I was nervous, man, I was real nervous, Quarles said. I would think about the lights and the crowd and me owning up to the name of Alexandria Boxing Club like everybody else did.

Before finding success as a professional boxer, Ouma used to walk to the gym from Carpenters Shelter a few blocks away, Koroma said.

Other fighters have graduated to the pro ranks from from the city gym, guided by longtime coach Dennis Porter.

Oumas story, triumphant indeed, is a little less daunting now for Quarles, the undefeated pro. Although he broke from his Monday-through-Saturday training regimen after the fight in order to recuperate, redoubled training for his second pro fight awaits as soon as the soreness leaves his muscles.

Were going to step it up, Koroma said. Now, the second one is going to be tougher were going to get stronger, get a little faster, I saw a lot of things we can work on.

Quarles, thankful for all the help he received along the way to his debut, heads back into the ring on August 28 for a fight in South Carolina.

Boxing is, after all, his job.

Im here now and this is not a kids sport, Quarles said. When you get in that right, youre fighting. Theres no going back to amateurs, man, this is what I do now.