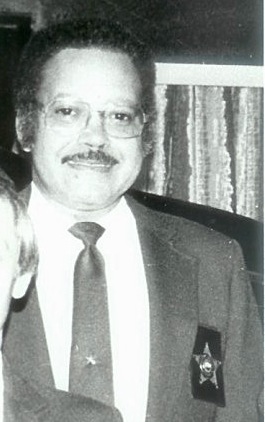 As William Truesdale escorted three prisoners from the city jail to the courthouse on January 27, 1981, a routine task for the 47-year-old Alexandria sheriffs deputy turned into a deadly calamity.

Wilbert Lee Evans, 34, pushed a fellow inmate into Truesdale. He grabbed the pistol from his holster and shot the officer in the chest before shooting off his handcuffs and fleeing. Truesdale died later that day the subject of the worst tragedy ever to hit the sheriffs department and Evans was caught soon after the incident.

On Monday, nearly 30 years later, local dignitaries unveiled a plaque at City Hall bearing Truesdales name and the seal of the Alexandria Sheriffs Office. Similar plaques listing policemen and firefighters killed in the line of duty have hung in the same hall for as long as many can remember, according to Lynda Barbieri-Strain, a general services employee of more than 20 years who helped design the tablet.

Yet the sheriffs department, considered a part of the three-pronged public safety brigade along with policemen and firefighters, was unrepresented until Deputy Sheriff Monique Edwards noticed the omission recently and lobbied the city to make it right. It did, and without any red tape, she said.

All it took was a little initiative, Edwards said.

The discussion over the plaque also spawned the Alexandria Sheriffs Association, of which Edwards is vice president.

It was an unintentional oversight, said Sheriff Dana Lawhorne. But how appropriate that the plaque is at city hall. The bedrock of the community now has all of its public safety people represented.

How appropriate, too, that todays city hall was a courthouse in 1981 the destination at which Truesdale never arrived. But the deputys death has affected the department and its public perception in a way that surpasses a physical memorial. The sheriffs office seemed to reform the way it did things after Truesdales death, beginning just minutes after the incident.

It just dawned on me that because of what happened, they didnt want us working alone, said Lt. John Kapetanis, a greenhorn 22-year-old with the department when Truesdale was killed. He remembers hauling buns down the highway to the crime scene from his Bowie home. It was a code-red. The dispatcher had called on every public safety officer in the city, whether they were on duty or off.

Kapetanis worked an impromptu shift at the jail that day. Basically, mid afternoon came and were serving prisoners dinner in the jail when we got the news that Truesdale passed away, he said. We never have just one person transfer a prisoner anymore.

Later that year, Kapetanis carried a shotgun the day he and two other deputies transported Evans from a Richmond jail to stand trial in Alexandria.

In terms of public perception, Truesdales death pushed the sheriffs department to the front lines of public safety realm, along with firemen and police officers.

“[Truesdales] death is a sharp reminder that on every level, we the citizens employ a group of people who daily take chances in order to protect us,” the Alexandria Port Packet editorialized after the murder.

A rolling security gate at the jail was stuck open and had been for days when Truesdale was killed, according to a report in the Alexandria Gazette from the day after the murder. The article implied that it played a role in Evans decision to make a break for it. So did then-sheriff Michael Norris: The gate was just one of the dilapidated pieces of the at-risk landmines waiting to go off at an insecure and underfunded jail, he said.

Those were back in the days when the sheriffs department was an afterthought, Kapetanis said. And that brought to the forefront just my opinion that we were a part of the citys public safety. Its definitely progressed. It was like the Stone Age back then.

Nowadays Alexandria deputies work at a jail secure enough to hold federal inmates suspected of terrorism. The department has deemed itself a community organization, not just a toiling segment of the government. They work closely with the police department, just as they did to apprehend Evans in the winter of 1981.

We all responded, said Deputy George Burnham, who was also on the scene in 1981. That day proved how we all work together.

In popular culture there seems to be nothing alluring about the sheriffs department: Theyre almost never seen flying down a street in hot pursuit at 90 mph. Theres no crime drama called NYPD Brown. But deputies put their lives on the line just like police officers and firefighters. That was recognized Monday.

This is a very special occasion in Alexandria, said Mayor Bill Euille at the dedication ceremony. Were proud of all the public safety departments. Were honored to have a department like the sheriffs office that goes well beyond the course of duty.

It was a bittersweet moment for members of the sheriffs department: A reminder of a colleague lost mixed with the affirmation of his sacrifice and that of his department.

Unfortunately, the plaque bears the name of Deputy Truesdale, Lawhorne said. We hope that nobody ever has to put a name up on that plaque again.