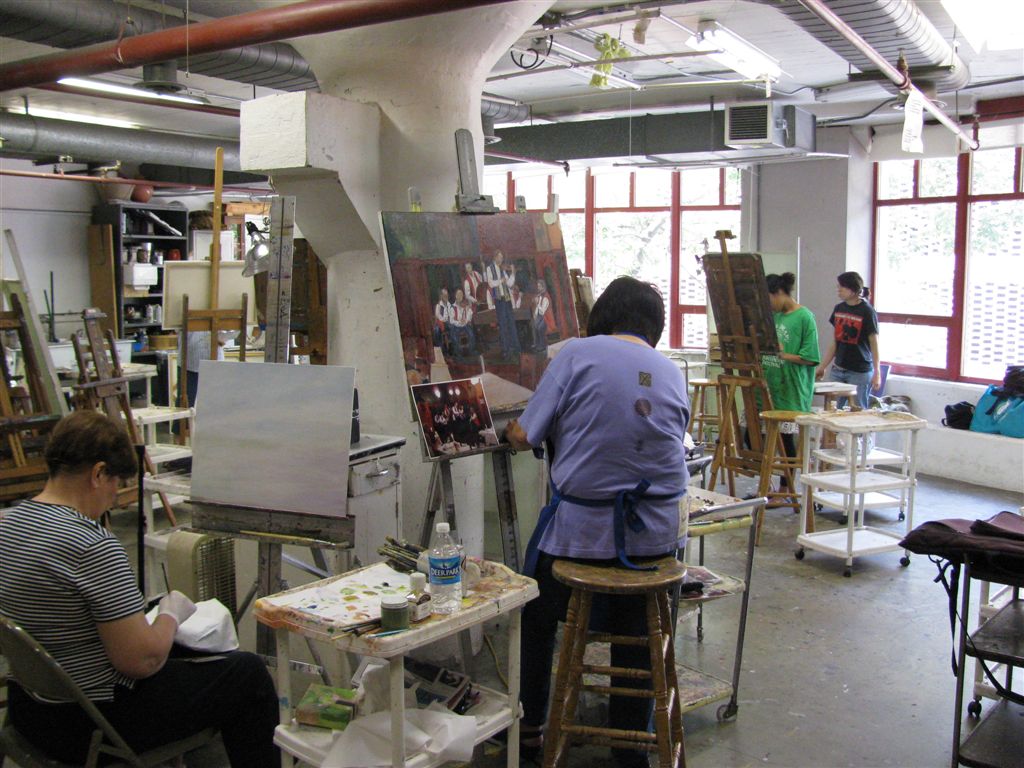 The resolution was a direct result of a recommendation in a report by the Economic Sustainability Implementation Monitoring Group, which requested the Torpedo Factory Artists Association and city staff to assess the Torpedo Factorys contribution to the economic and cultural vitality of the city and, as appropriate, make recommendations for improvement.

It provides $16.2 million in direct revenue per year and receives over 400,000 visitors annually, according to the consultant hired by the city. That would appear to meet the criteria of economic and cultural vitality.

But the real purpose of the resolution was aimed at establishing the new board which, when appointed this fall, will direct, operate and mange the art center. This has been the function of the art center not a board since the model facility was created more than three decades ago.

As noted by Robert McNulty, president and CEO of Partners For Livable Communities and a former Alexandria resident, This place is a worldwide gold standard. I think whatever the present governing body is doing, it is working quite well. You want it to be a civic asset and anchor. It is not Disney World.

McNultys group, based in Washington, consults and advises foundations, philanthropic organizations and cities throughout the world in the development and preservation of local cultural assets.

My fear is that a revenue-short city is looking for ways to increase income, McNulty said. And Im hoping that the Torpedo Factory Art Center is not short-circuited in the process. You want it to be a civic asset thats visited over and over again by both residents and tourists.

The Old Town Civic Association, both in their March newsletter and by OTCA President John Gosling in a letter to Council dated June 22, echoed those fears.

We see the Torpedo Factory as a key element of the waterfront, Gosling stated. It is an anchor that provides a range of civic and cultural uses that creates a diversity that nicely counterbalances the commercial elements of the waterfront and the lower end of King Street.

OTCAs March newsletter stated, The city is seeking wholesale changes on numerous fronts masquerading as a need for vibrancy. This will likely have significant consequences that are disregarded in the process. Our efforts to inject scientific approaches … are not resonating or they are being ignored because they inconveniently point out flaws and inconsistencies in the citys narrative for change.

This is being done to ensure long-term sustainability, Councilman Paul Smedberg said.

Even though she voted for passage of the resolution, Councilwoman Del Pepper expressed reservations. The way [the resolution] was restructured tipped the balance toward the business community. This particular board setup is not just advisory. It has taken over, Pepper said.

The moving force behind creating the Torpedo Factory Art Center is former Virginia state delegate and artist Marian Van Landingham. If the city wants to change the structure of the art center it would be more appropriate to create a Department of Cultural Affairs and remove that element from the present Department of Recreation, Parks and Cultural Affairs, she suggested.

Such a department could oversee all cultural affairs throughout the City and keep those entities separate from the business community, according to Van Landingham. One of the main attractions of the Art Center is that visitors get to see artists at work in their studios. The artists are benefiting the city at their own expense, she said. If the city had to pay us to stay there those hours they couldnt afford us,. she said.

Another argument used by those in favor of the new board is that there is not enough turnover in artists at the Torpedo Factory. However, as noted by Penny Barringer, president of the Torpedo Factory, We turn over 10 to 12 artists every year. In five years we turn over approximately one third of the artists.

The Torpedo Factory has approximately 150 artists in studios at any given time. It has been as high as 165, according to Barringer. On April 12, a news release announced that 15 new artists had joined the art center..

The new TFACB will be the prime topic of discuss at Agenda Alexandrias September 27 meeting. Perhaps they should open the discussion with a quote from The Financial Times: Successful cities are those that adhere to building on the past because it gives hope for the future.