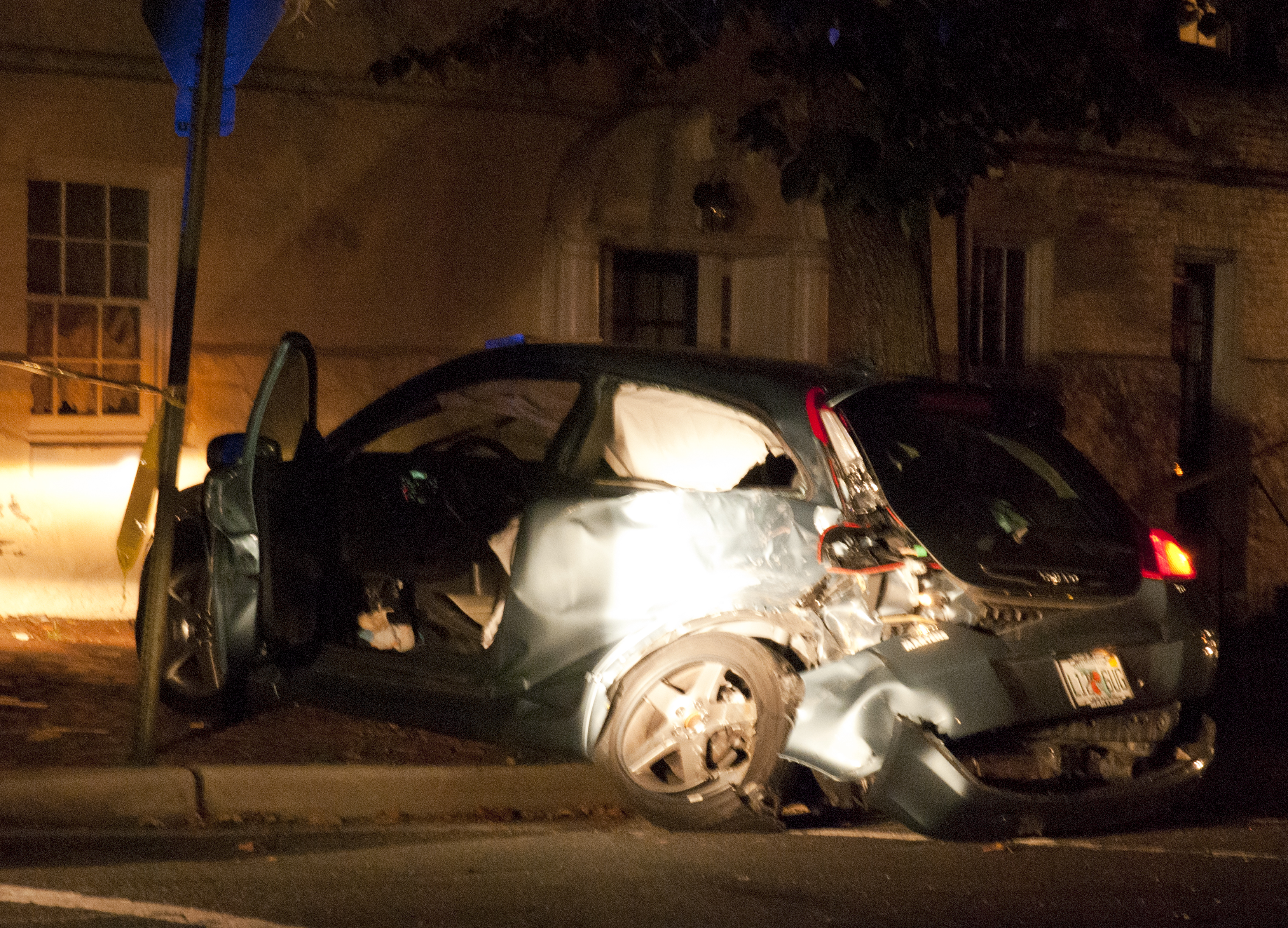 What began at about 8 p.m. on July 28 as a robbery in an Arlington Best Western hotel ended about an hour later in the heart of Old Town with car crashes and an arrest at City Hall involving members of Alexandrias special operations team and K-9 units.

Implying that they had a weapon, Leslie I. Parker, 42, of Clinton, Md., and Ronald E. Sizemore, 28, of Washington D.C., allegedly stole an undetermined amount of cash from the hotel located on the 2400 block of South Glebe Road in Arlington before fleeing the scene in a dark red SUV, according to Arlington County police.

As the vehicle turned onto the George Washington Memorial Parkway toward Alexandria, a license plate check revealed that it had been the subject of a carjacking in Prince Georges County at about 8 a.m. that morning, according to Arlington police spokesperson Crystal Nosal.

With a U.S. Park Police helicopter following the action from above, the Alexandria police joined the pursuit on the ground and the suspects vehicle what appeared to be a maroon Ford Expedition turned off of the parkway into the streets of Old Town.

The two suspects struck a Volvo hatchback at the intersection of Cameron and North Fairfax streets, veered east onto the 200 block of Cameron St. and ultimately came to a halt after striking a brick wall on the south side of the street.

Arlington police detained Sizemore at the scene of the final crash on Cameron Street, but Parker fled the crash site and ran into City Hall to seek refuge.

At that time, about 8:30 p.m., the building was still a hub of activity with many people still at work or in meetings, said city spokesman Tony Castrilli.

The building was evacuated immediately and police secured the area around the building.

Four K-9 units and several members of the citys Special Operations team, on patrol duty for the night, assembled at the scene and formed an entry team to locate the suspect, according to Alexandria police spokesman Jody Donaldson.

Things were happening so fast, Donaldson said, and they were able to track him so quickly that they didnt need to have all of the other [special operations] members there to make the arrest.

A security guard in the building was able to point the officers in the direction that the suspect went and K-9s tracked him to the room.

Police dog Ajax ultimately found and detained Parker in a City Hall room. Parker was moved to a local hospital with minor injuries due to a canine bite, Nosal said.

No shots were fired, according to Arlington and Alexandria police.

The two passengers in the hatchback struck at the corner of Cameron and North Fairfax streets sustained non life-threatening injuries, police confirmed.

At the scene of the crash at North Fairfax and Cameron, residents peered from behind their window shades at the damage on the street and passers-by gathered on the corner pointing at the shattered glass and warped metal.

Lights continued flashing in the area until at least 10 p.m. with dozens of police and sheriffs department cruisers that had barricaded streets for a one-block radius around Market Square.

On July 29, Parker and Sizemore were charged in Arlington with robbery and grand larceny. Parker was also charged with evading law enforcement and two counts of hit and run in Alexandria.

Charges related to the carjacking are being processed in Prince Georges, Nosal said.

Both suspects are being held in the Arlington County Detention Center without bond.