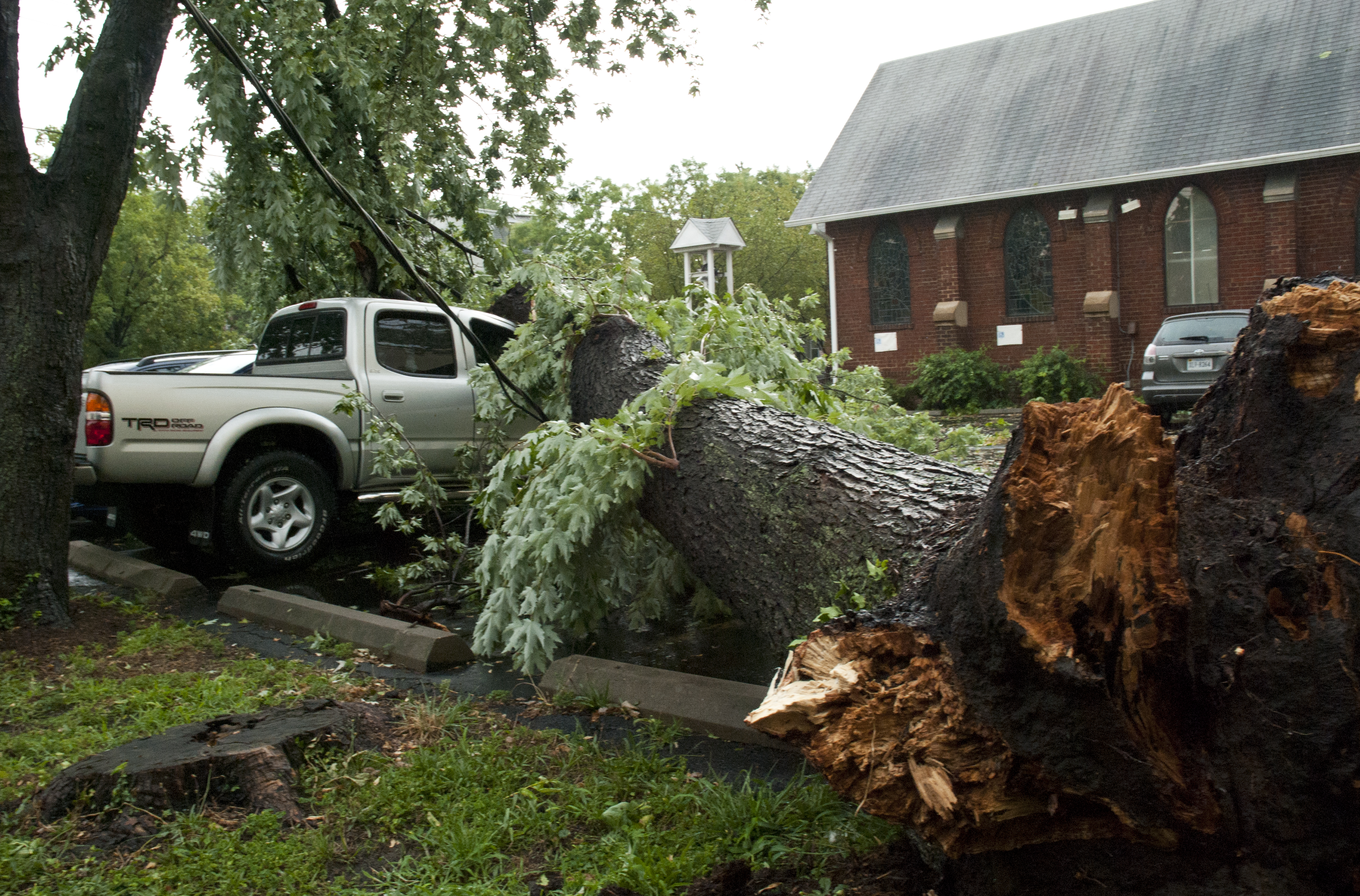 City officials dont yet know how much the damage a powerful thunderstorm dealt Alexandria earlier this month will cost, but theyre saying Mother Nature rang up quite a bill.

More than 140 trees came down during or after the storm damaged in near hurricane force winds and around 30,000 Dominion Virginia Power customers lost power. City employees, augmented by private contractors, worked long hours to clear away debris, reopen streets and restore electricity following the August 5 storm, said Yon Lambert, deputy director of maintenance and operations at the department transportation and environmental services.

Were getting our arms around all of the costs, he said. This was a storm where we made the determination very early on in the operations that the response to this storm was going to outstrip the citys resources and we needed help. That was a very good decision. We could not have gotten the roads open, debris removed in the way that we did if we had not had those contractors on site.

The extra help came with a price tag. Mayor Bill Euille believes the clean-up bill could cost he city anywhere from $500,000 to $1 million. The storm left Alexandrians with about $5.2 million in property damages as well, he said.

It takes a while to tally up, but it is overtime costs from nights and weekends that cost money, Euille said. When its all said and done [the clean-up] will cost about $1 million, but it could be less than $1 million.
The city is looking for a helping hand from the Federal Emergency Management Agency to pay down the cost of the Aug. 5 storm, said Morgan Routt, assistant budget director at the citys office of management and budget.

Department heads are adding up their costs and passing the figures along to Routts office with hopes of reimbursement from Richmond through the Commonwealths department of emergency management.

In the meantime, the bill will be paid with money in the citys reserve funds, said City Manager Jim Hartmann. He praised city officials diligence for putting aside cash for potential disasters, saying the decision had paid off.

Its been very important to the administration and City Council to make sure were adopting budgets with adequate reserves for events like this, Hartmann said. We are able to cover the cost.

Hartmann believes the city is prepared for any future irregular weather patterns, even after a winter that saw the now infamous Snowmaggedon, which cost the city about $8 million (though City Hall is awaiting substantial reimbursement from FEMA), and a summer marked by powerful thunderstorms around the region.

The recent weather was unusual, but not a cause for fiscal concern, he said.

Im not scared, Hartmann said. I hope you dont have to use money for these purposes, but thats why we have them: so we can approach these emergencies without thinking about compromising every response. These are very important and we had people that needed services immediately and we wanted to prepared.
But Lambert is keeping a close watch on the skies over Alexandria. Another 5,000 residents lost power after a second strong thunderstorm rolled through Northern Virginia on August 12, according to a spokesman for Dominion Virginia Power.

If this track record of nasty weather keeps up, city officials may find themselves making tough money decisions, according to Lambert.

Events of this magnitude are difficult, Lambert said. Its tough, its very hard. This is why weve been going the extra mile to keep track of the personnel and the equipment and the contractors were using.