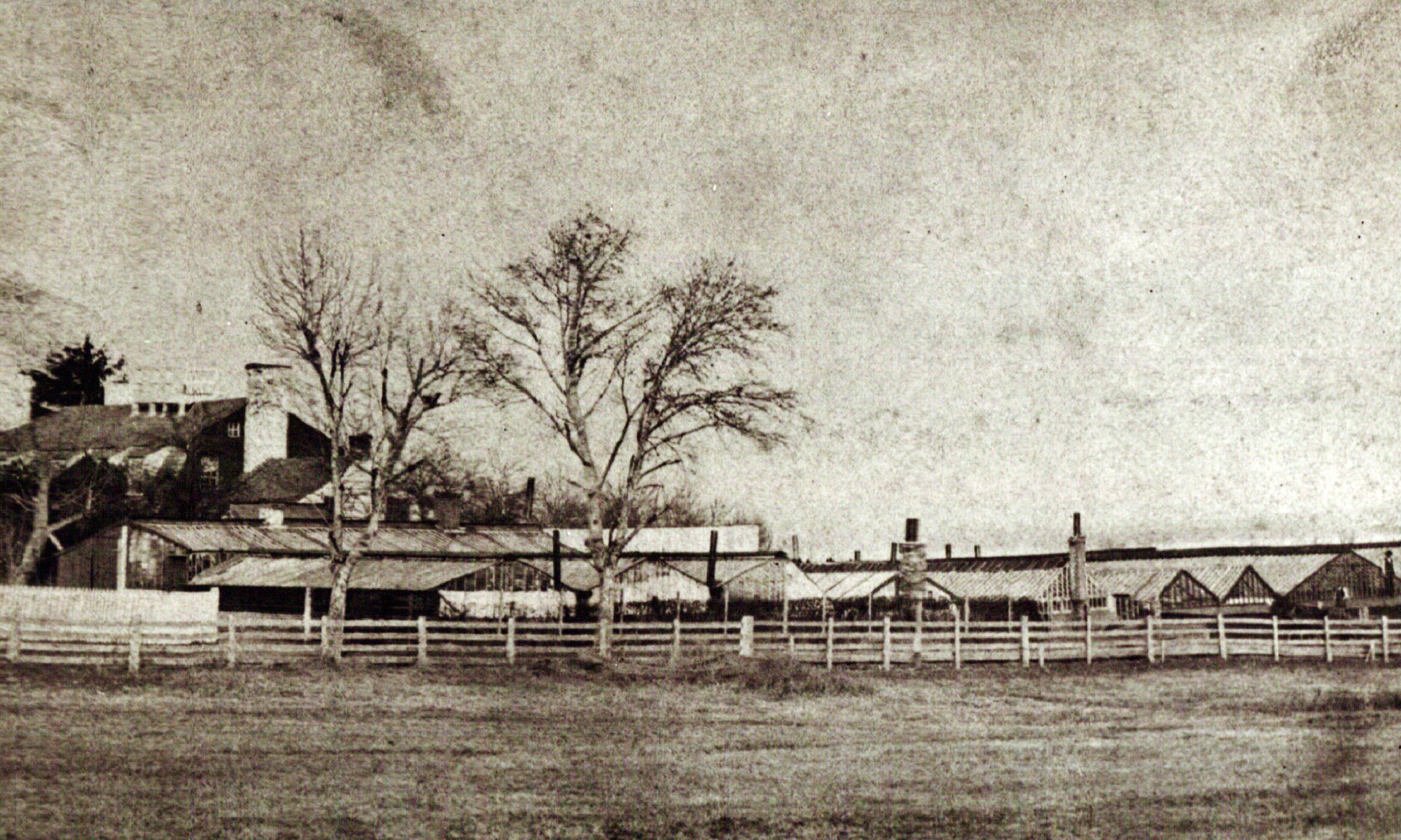 Located along the Potomac River on the north side of Alexandria, Bellevue was home to Alexandria merchant William Hodgson and his wife, Portia Lee, beginning in 1801. The 17-acre property had a house, kitchen, dairy, stables and other outbuildings. They raised their own vegetables and, at times, also grew cherries and collected wild blackberries.

But it was under the ownership of John Slater that Bellevue became well known for its production of fruits, vegetables and flowers. Slater, an awarding-winning horticulturist who had worked with William Yeates of Yeates Gardens, acquired Bellevue around 1840 and successfully developed greenhouses to grow flowers and other plants there.

Among the vegetables Slater grew and sold were asparagus, lettuce, peas and tomatoes, and his vegetable production continued during the Civil War. He also cultivated Catawba grapevines, roses, dahlias and strawberries, which received rave reviews. In 1845, a local paper remarked that Slaters were the finest strawberries we have seen this year and show his great success as a horticulturist. They are not only very large, but finely flavored, and really almost as good to look at, as they are to be eaten.

Bellevue remained in the Slater family for multiple generations and a descendant described the house, seen to the left of the greenhouses in this photo, as having a wide main hallway and a porch with pillars.

The house, which faced the river, suffered significant damage in a storm in the early 1900s. The property was later developed, and today, the eastern side of Slaters Lane is surrounded by a power plant and high rises.