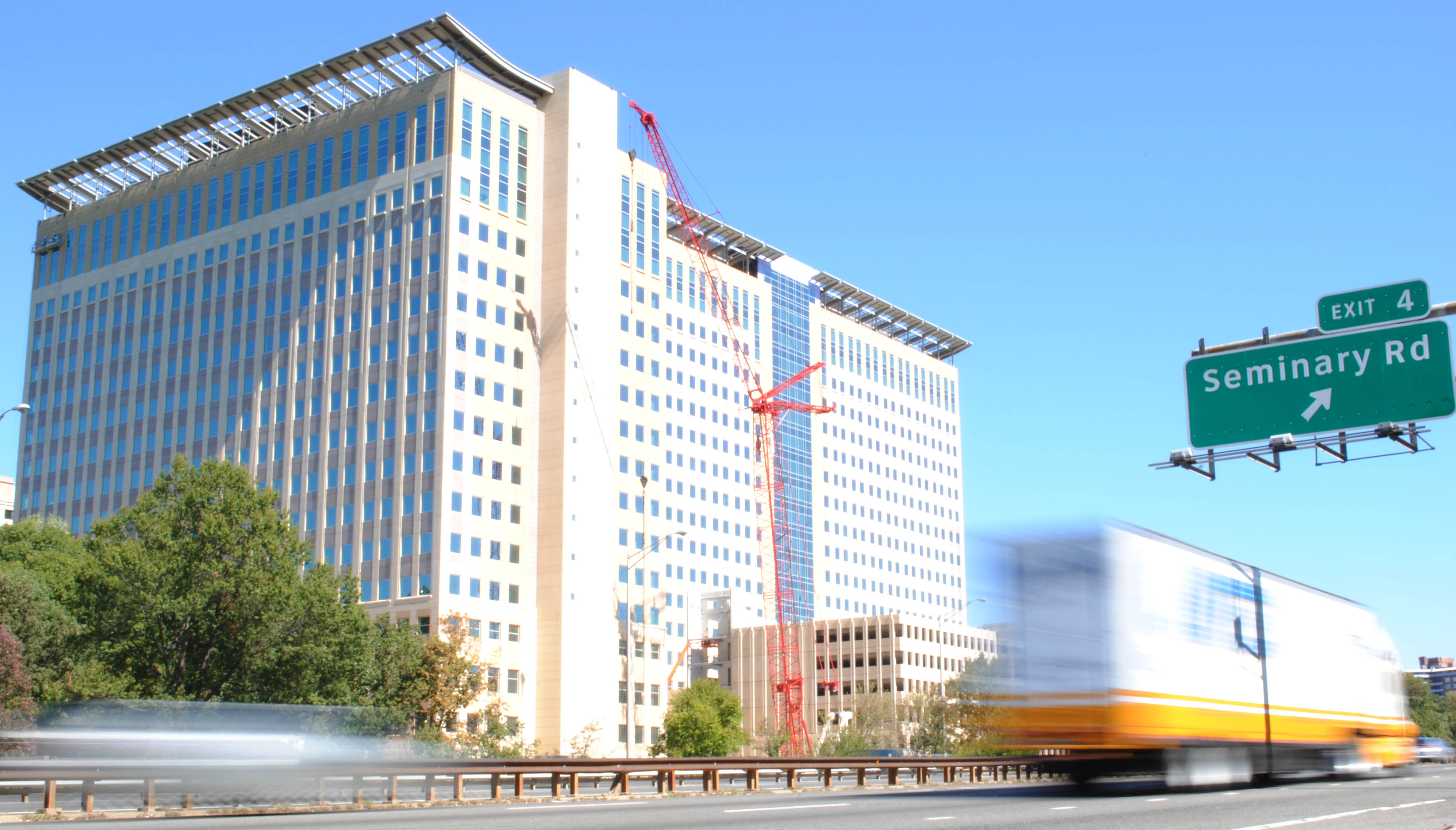 Militaristic and imperialistic were just two descriptors angry residents used at a town hall meeting Thursday to describe the towering defense department office buildings rising to completion on the citys west side.

State, federal and local officials pointed fingers at one another as Northern Virginians demanded to know how the 6,400-employee Washington Headquarters Service building, expected to clog the already congested area with 3,800 additional vehicles daily, made its way to Beauregard street with no metro station in sight.

As far as the army goes, you have a policy of having three cups of tea a day with local residents in Afghanistan. Well you didnt do that with us, yelled Shirley Downs, a local resident who aimed her remarks at Michael Rhodes, director of administration and management for DOD.

The building is part of the Base Realignment and Closure mandate, and by law must be completed by September 15, 2011.

Representatives from the major players comprised the panel at Hammond Middle School. Rep. Jim Moran (D-8) hosted the meeting with agents from the Virginia Department of Transportation, the citys Department of Transportation and Environmental Services, the Fairfax County government, the offices of senators Mark Warner (D) and Jim Webb (D) and DOD including deputy assistant secretary of the Army Jerry Hansen.

As residents cry foul, the 15- and 17-story structures are halfway built. They have been inching toward completion since the citys planning commission approved a plan in 2004. When Duke Realty sold the land to the Army in 2008, city officials say they lost control of the project and DOD moved forward with its own plan high-rises and all.

As I sit here tonight it makes you wonder how a city like Alexandria is facing this issue, said Rich Baier, director of TES. And I come to think its because were without the controls that one would not normally have.
One VDOT official estimated a five-year wait for a long-term solution.

An environmental study by a consultant for Duke Realty and the Army done before construction began skewed expected traffic by assuming 25 percent of employees would be absent any given day. Later studies by VDOT and DOD predicted 90 percent attendance, Moran said.

What was envisioned was a far cry from the [Armys] master plan, said Vice Mayor Kerry Donley, who was not an elected official at the time of approval. What was approved by the city was a campus-like building, with lower buildings, aggregate square footage of what [the building] is today. But this is coming all at once, in one building thats the major difference.

However, the plan originally approved by the city differs little from the Armys in terms of allotted parking spaces the main driver for expected traffic.

We cant just have revisionist history here, said Rhodes, responding to one of the hundreds of attendees. He added that locals were not so energetic during the planning process. They responded with jeers.

Moran, who opposed the site before it was chosen, planted language in a bill that limits the Army from building more than 1,000 parking spaces there in hopes of curbing congestion. It passed the House and is now in the Senate.

By the end of the night officials seemed to have a consensus: The traffic issue cannot be fixed at this point; only mitigated with a parking cap, a direct-access ramp, a dont block the box strategy in the surrounding neighborhood, or a number of other options being vetted.

One question citizen stakeholders repeatedly asked but never received a succinct answer for: Why cant the deadline be extended?

Rhodes said he doesnt have the authority that its federal law. Moran indicated that it is probably too late. One resident even asked Moran if hed be willing to take defense secretary Robert Gates and House speaker Nancy Pelosi for a helicopter ride over the site during rush hour to push the issue.

Ive worked on the hill and we amended bills all the time, said Kathy Burns, a member of the BRAC Advisory committee. When you talk about amending [the BRAC law], were not talking about the Ten Commandments.