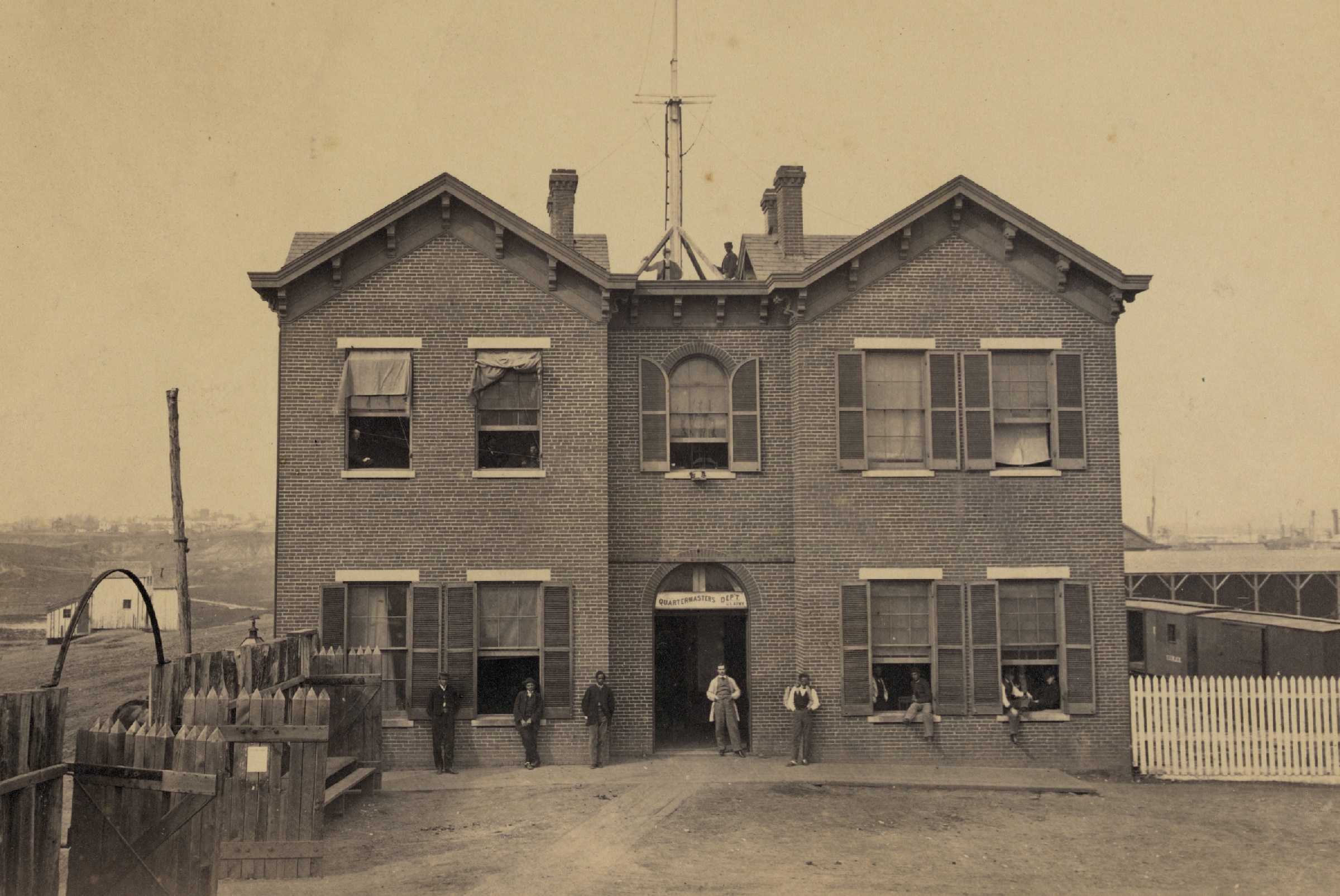 In 1847, a group of Alexandria businessmen established a company to build a railroad west from Alexandria that would stretch through Fairfax and Loudoun before turning north to the Potomac to reach Harpers Ferry. There, the Alexandria and Harpers Ferry Railroad, led by Lewis McKenzie and George H. Smoot, would be able to connect with another railroad that served the Shenandoah Valley. But before any work began, the new railroad project ceased; the Baltimore&Ohio imposed control of the other line.

Smoot soon became involved in a new railroad in 1850, the Orange&Alexandria, which traveled south to Culpeper and Gordonsville. But he never gave up on the idea of connecting to the west, and in 1853, Smoot, McKenzie and others established the Alexandria, Loudoun & Hampshire Railroad.

Between 1855 and 1858, grading work continued between Alexandria and Leesburg. In Alexandria, a brick office building that doubled as a station was erected at the northeast corner of North Fairfax and Princess streets. Rails ran north from there and, on May 17, 1860, the railroads first passenger train chugged to Leesburg.

When the Civil War began a year later, Union troops moved into Alexandria and seized the AL&H rails, equipment and buildings. The station at Princess and Fairfax, seen in this Civil War photograph, became the offices of the Quartermaster Department. After the war ended, McKenzie regained control of the AL&H.

The AL&H was renamed the Washington & Ohio in 1870 but later went into receivership. Under new ownership, it became the Washington, Ohio & Western in 1883. In the 20th century, Southern Railroad owned the station and freight yard at Princess and Fairfax, and the 1950s saw the demolition of the brick building.