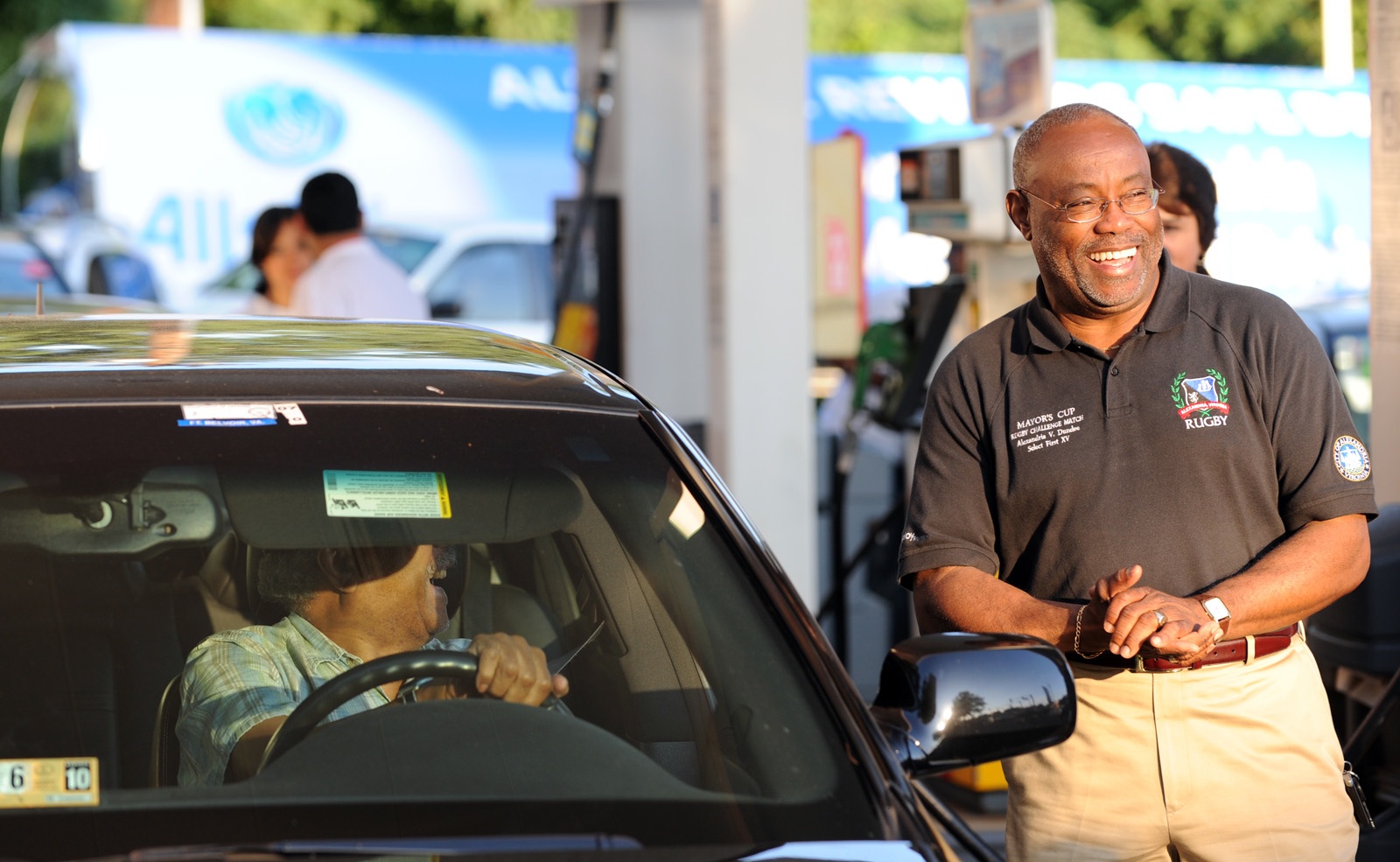 He was running to catch the blue-line train into the District where, coincidently, he had a board meeting for the Washington Metropolitan Area Transit Authority, which governs Metro.

I could hear the voice of the driver announcing doors closing, doors closing and so I figured I could make this [train], and as I went to walk onto the train I slipped on one of the tiles, Euille said from his home Thursday afternoon, leg elevated after being released from Inova Alexandria Hospital.

It could have been worse, the mayor said. He landed with his back end on the platform and his legs in the train car as the doors began closing. Passengers held open the doors to keep the train at the station. Euille tried to stand up on his own but his knee buckled, so two men came to his aid.

Part of my briefcase went inside and people were yelling, Help him! Help him! And The doors are closing! Euille said. I was more embarrassed than anything.

Once on the train Euille tried to walk around against the insistence of the men who had helped him. His leg buckled again into an L-shape and someone called 9-11.

The men escorted the mayor off the train at National Airport where they waited with him on a bench until emergency medical services arrived. They boarded a train and headed off to work, Euille said.

The real message for me is not my injury but how quickly folks came to the rescue, Euille said. They didnt know who I was theyre just ordinary people helping another ordinary person who needed help.

X-rays showed damage to the ligaments that protect the kneecap, which wont stay in place, Euille said. He has a meeting early next week with an orthopedic surgeon to diagnose the injurys severity.

I thought it was totally damaged and maybe Id have to amputate, Euille Joked. The sad part of this is I have a lot of events on my schedule every day but Ill do what the docs say, keep it elevated.

Euille said both his shoes and the platform were wet, causing him to slip.

Im sure Im not the only one [who has slipped], Euille said. Im sure there are others hopefully no serious injuries like mine. We always run to catch the train all the time certainly I do. Unfortunately for me it happened on the wet day, but Ive run to catch it on dry days.

The WMATA board has looked into upgrading the platform surface for safety before, and this incident ould put it back in the spotlight the mayor said.

Im sure that will be taken into consideration, Euille said.