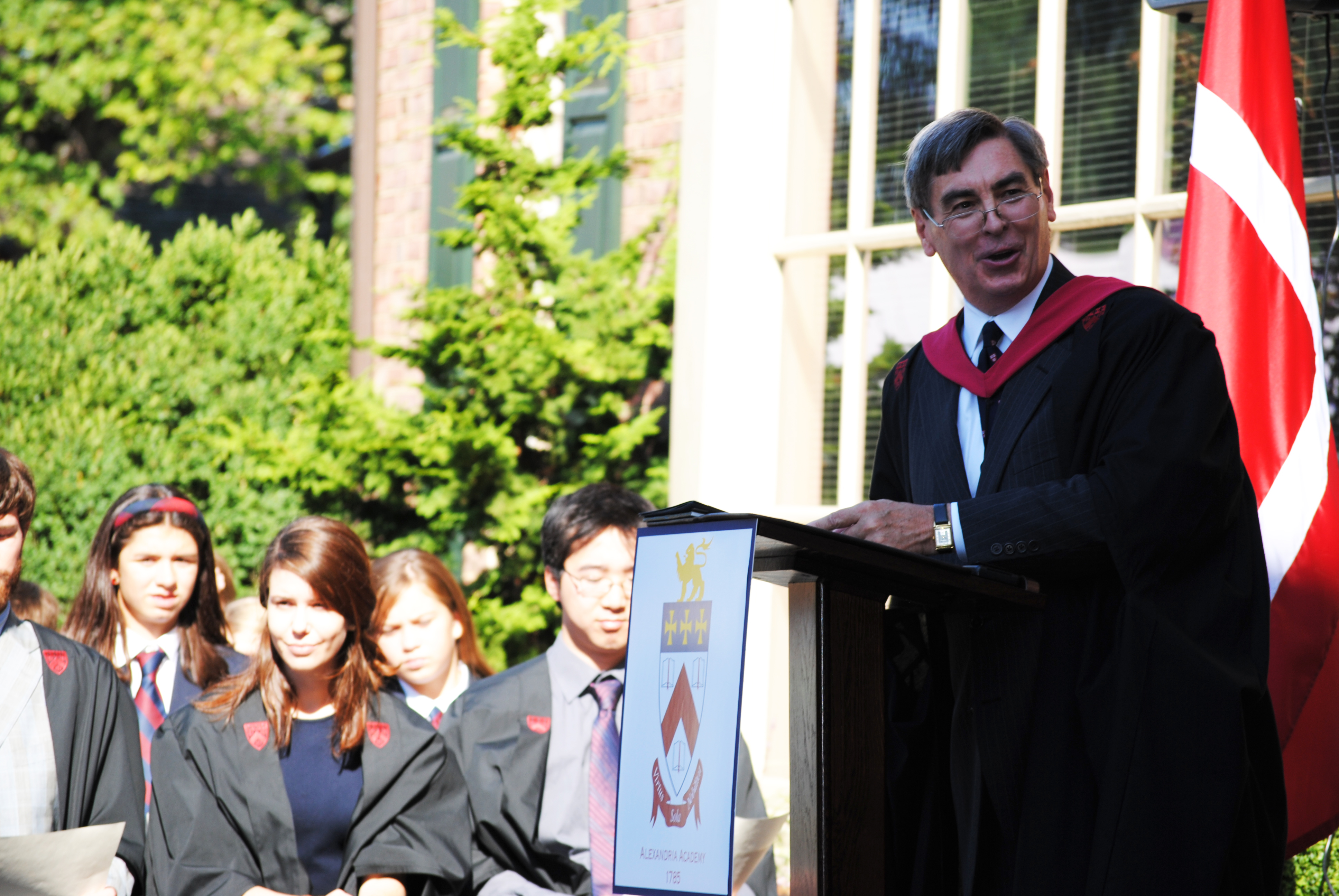 When the Alexandria Academy starts classes they will not have more than 20 students in the cluster of buildings around 400 South Washington St., said Mayor Bill Euille. Academy administrators confirmed the final tally with city officials after headmaster T.R. Ahlstrom told the Times last week that he expected 28 or 29 students.

City ordinances cap the number of students in a school located on property zoned commercial-downtown at 20, unless a special use permit is obtained. The fifth- through eighth-grade for-profit private academy has filed for an SUP for 48 students, scheduled to go before the Planning Commission Tuesday evening. If the commission approves the SUP, which planning and zoning staff have recommended, the school still would require the final go-ahead from the City Council on September 25.

Last week, Faroll Hamer, Alexandria’s planning and zoning director, indicated the city would not enforce a violation unless a complaint was made to the department, calling enforcement of the law draconian. In a letter addressed to the mayor, City Council and Planning Commission later in the week, Hamer reversed her position.

[Richard Seltzer, academy finance director] characterizes Mr. Ahlstrom’s comments to the newspaper as hopeful and noted that he too hopes that the school’s enrollment will grow to more than 20 students after a Council SUP approval, Hamer wrote. Planning and Zoning confirmed with Mr. Seltzer that it will strictly enforce these requirements, and will issue zoning citations if there are violations.

The letter does not confirm Alexandria Academy’s exact number of students heading into the first day of school, or if there are more students enrolled than are allowed by law. Ahlstrom declined to comment for this story and Hamer did not have an exact count.

Hamer also wrote Seltzer assured her there would not be more than 20 students unless City Council grants the SUP later this month. At Tuesdays convocation, 24 students were seated outside the building.

If in violation of the ordinance, the academy could face a $50 fine for the first offense, $300 for the second and $500 for the third.

Euille also has been in contact with Ahlstrom, who apologized for the miscommunication after the story broke. He, as well City Council members, were deeply concerned by Hamer’s original remarks, but said she has not been asked to resign.

Hamer now says the department will have an official at Alexandria Academys opening to monitor the schools enrollment. The school is able to open at the site the location of a former academy endowed by George Washington because of deregulation several years ago to encourage new business development, she said.

They re-reassured us that they had absolutely never intended to open out of compliance. They have permission to have a school with 20 kids, they do have the licenses and permits, she said. A couple of years ago it was decided the city had such a bad reputation for business. We started, at that point, changing our regulations that were really unnecessary and overly burdensome.

Questions swirling around the Alexandria Academy didnt deter state and city officials for praising the curriculum and lauding the schools founders past and present.

I am a major proponent of a classical education, Robinson told the assembled parents, administrators, staff and dignitaries outside of the federalist brick building on the 400 block of South Washington Street.

This school is going to prepare you for the 21st century very differently from the ones we inherited, he said.

The academys founders extol the schools course load as a rigorous curriculum in logic, rhetoric, the arts, sciences, mathematics, languages and literature. Its not about turning the clock backwards to George Washingtons days, but applying the teaching methods used then in todays classrooms, Ahlstrom said in an interview last week.

For too many generations, too many American schools have underestimated and undermined great students, Ahlstrom said during his convocation address. The liberal learning has been cast aside to accommodate fashionable ideas Now our whole country has lost its way. Now we are reaping what we have sown.

About a quarter of the students are free scholars, their annual $15,000 in tuition paid by scholarships and fundraising efforts, according to academy administrators. Drawing on local religious and civic organizations for the money, Ahlstrom called the scholarships just another connection to George Washington, a financial supporter of poor or orphaned students at the original Alexandria Academy.

At the opening ceremony, the city mayor said the new academy enhanced educational opportunities for the citys children. Euille pledged the citys support for the academy, saying Alexandria would stand by the schools side.

Have faith, belief and hope and things will turn out for the best, he said.