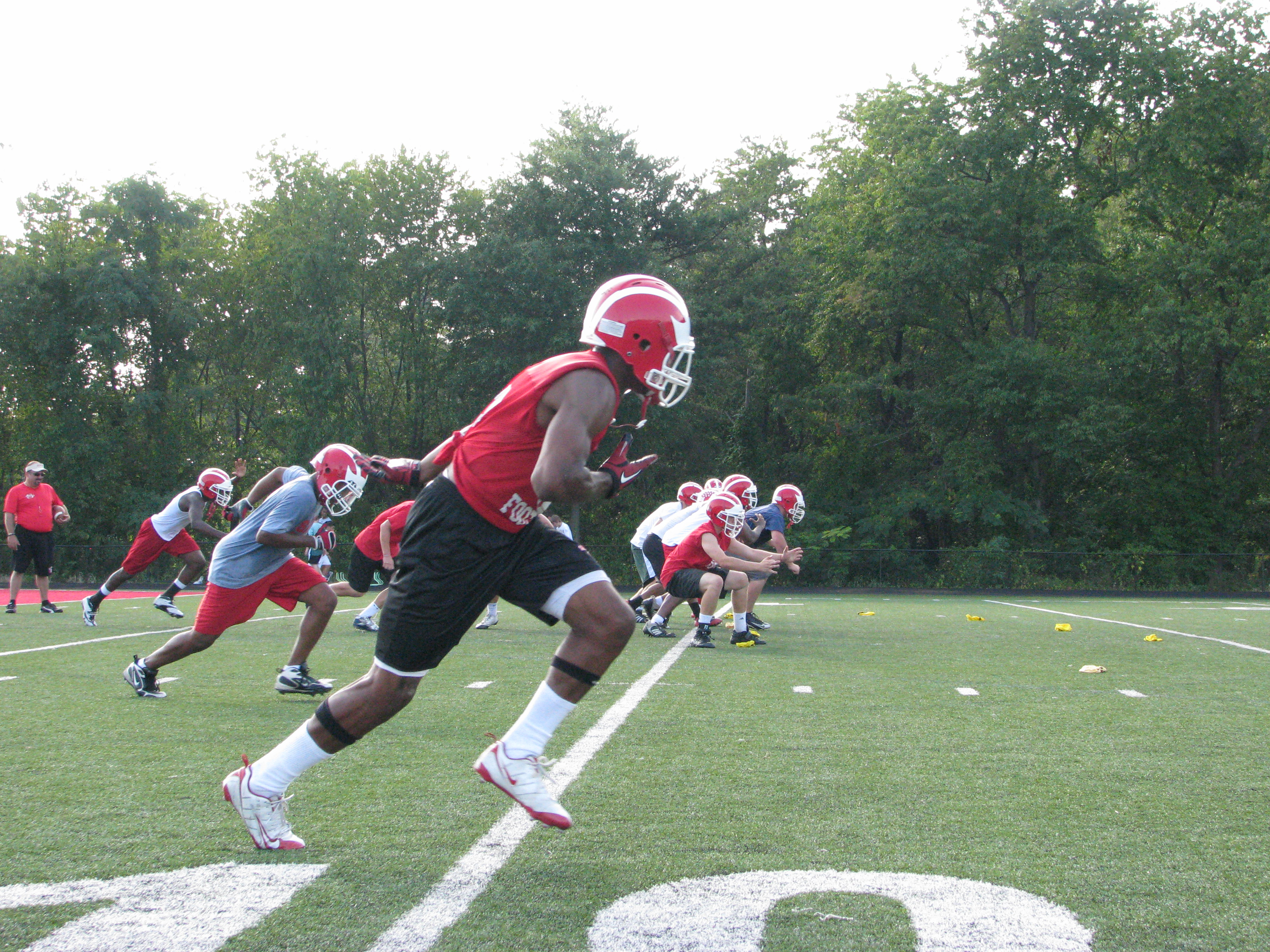 Cardinals head coach Tony Verducci considered himself blessed with too many options behind the ball heading into the start of the 2010 football season.

At least, thats how he described the process of placing the Cardinals high-flying offense, which went 7-3 in 2009, in the hands of sophomore quarterback PJ Zingler over junior Andrew Bladen.

What I was pleased by is how much trust I have in both men, Verducci said. A lot of people know who their quarterback is going to be and know that theyre not that good. We dont have that problem.

Zinglers consistency and accuracy earned him the starting position, Verducci said. Quarterback is one of many positions featuring new faces this year as the Cardinals take another shot at the Virginia Independent Schools Athletic Association Championship. Bishop Ireton was last in contention for a title in 2007.

Were a young team, Verducci said. How quickly we mature will say a lot about the success well have on the field.

Lots of new faces meant a lot of uncertainty at the start of the preseason. The coaching staff faced the challenge of preparing players lacking in varsity game minutes for the 2010 season, Verducci said.

What remains to be seen is how you respond to adversity. Its important to talk about it and train for it, so when we face it theres a sense of mission, Verducci said. Whats really critical: are those the guys that have the confidence at the snap to go 100 percent?

And Verducci believes he has found the right men for the job. Senior tight-end Tommy Gallinaro, junior wide receiver Anthony Rivers, and junior runningback Moses Webb make up the core of the Cardinals high-octane offense.

Though there were questions about the offensive and defensive lines, Verducci said the emergence of sophomore nose tackle Jack Beer and junior defensive end Andrew Lutterloh has done a lot to ease concerns about the defense.

Im really impressed in our willingness to train and compete at a high level, he said.

The first kick off of the season is just a little more than a week away, but the Saints still havent named their go-to guy behind center.

Juniors Brent Armstrong and Julius Bradley are contending to fill in Ryan Sehrers cleats. Sehrer served as the Saints gunslinger for three seasons and presided over the teams 5-4 campaign in 2009 before graduating.

This has been an interesting camp in terms of watching these guys progress, said head coach and athletics director David Holmes. Theyre excellent leaders, tough football players both also play on the defensive side of the ball. Youve got two good football players competing for that job. Both of them will contribute an awful lot to our football team.

While the starting lineup is fresh-faced only eight veterans of last years season will return Holmes said what the team lacks in experience they make up in effort. Holmes was pleased with the condition his players returned to the preseason in and the energy theyve brought to improving.

Everything that theyve done from day one of practice has been with enthusiasm and hard work, he said. You dont ever come into any of the sports season ready to compete. Its a process to build up to that. I think they came in with the mindset of It is a process and were willing to work. Were not there yet, but the goal is to be there for the opener.

Holmes wont predict how the Saints will fare this season, but looks forward to lining up against Episcopal High School and Bishop Ireton in weeks three and eight.


If its back to school than its back to the gridiron local high school athletes are strapping on pads for their season-openers.


The T.C. Williams Titans will kick off their 2010 drive against the perennial powerhouse Robinson Secondary School at home on September 2. Game time is 5 p.m.


The Bishop Ireton Cardinals are traveling to Bishop OConnell High School to take on the Knights September 4 at 2 p.m.


The Saint Stephen&Saint Agnes Saints hit the road on September 11 to face Richmonds St. Christophers School. Kick off is scheduled for 1 p.m.