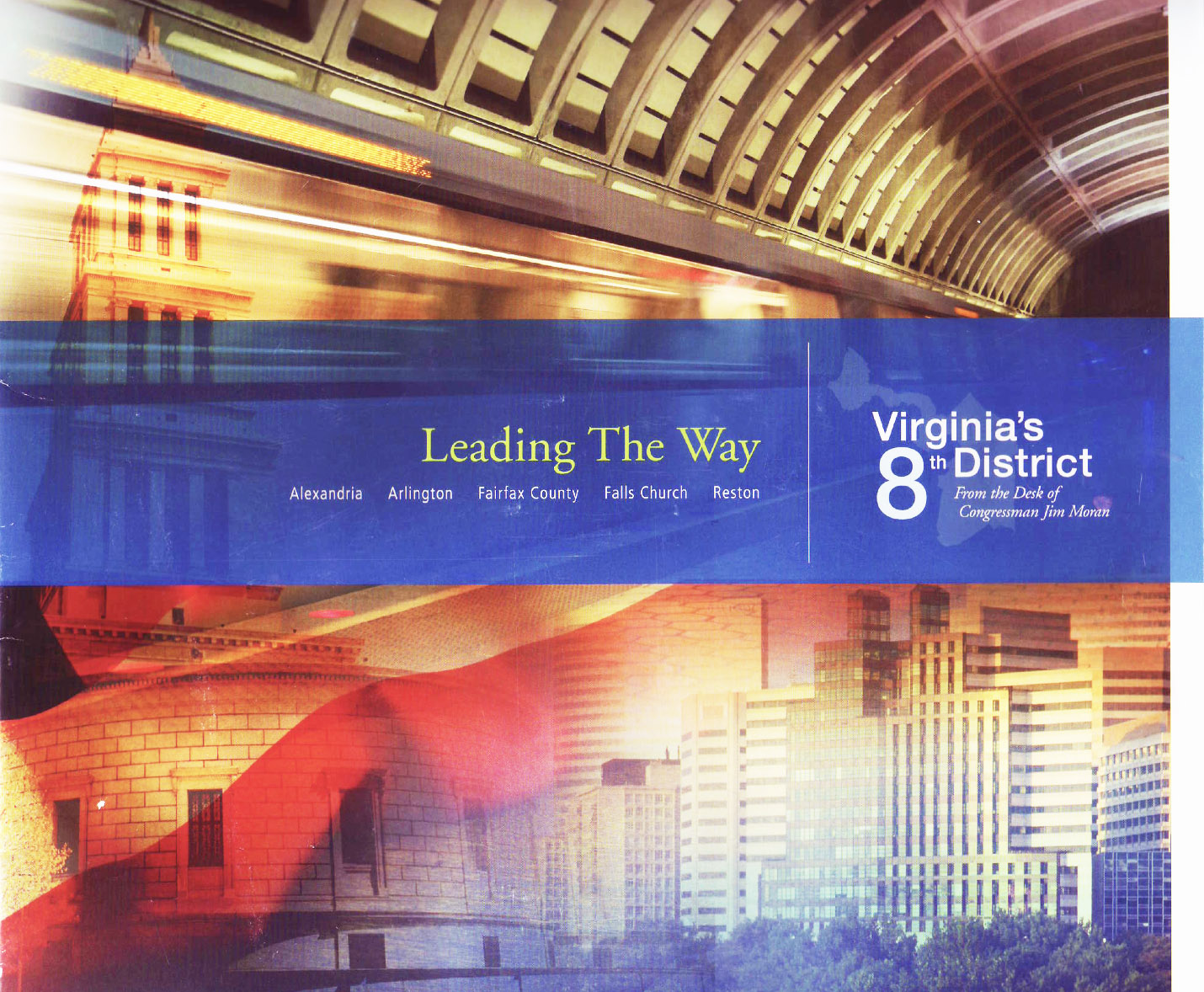 When it came to creating his most recent taxpayer-funded publication, Rep. Jim Moran (D-8) decided to take his business elsewhere: Maryland.

Aside from costing taxpayers about $175,000, the polished, 16-page booklet was created, printed and mailed outside of the 8th District in Columbia, Md., according to Austin Durrer, Morans chief of staff.

Depending on whom you ask, the constituent pamphlet, sent to every registered voter in the 8th District this Labor Day, is either an informative newsletter or an informative piece of campaign propaganda.

Republicans namely Morans opponent Patrick Murray have pounded the congressman since the mailer went out, calling it an abuse of taxpayer money. Morans camp says it is a tool to inform constituents, not to get him reelected; it passed inspection by the bipartisan committee charged with approving such mailings.

If our opponents feel that the newsletter was too informative and too professional, well take that as a compliment, Durrer said.

Not many argue it is uninformative. Entitled Leading the Way, the all-color packet breaks down the effects of health care and Wall Street legislation for readers in simple terms. And it explains local issues, like the impending traffic debacle at Mark Center and a Potomac River so filthy its producing transsexual fish.

But to many, the political expense is as high as the physical cost.

In general, its probably less of an ethical question than it is a political question, said Isaac Wood, spokesperson for University of Virginias Center for Politics. Obviously it can be a political liability any time you can do something inside the district and you dont.

Moran and his staff chose a company called TruBlu Politics. Its a popular one-stop shop for politico pamphlets because it takes care of everything creating, printing and mailing the publication.

Graphics shops exist in Alexandria, Arlington, Fairfax, Falls Church and Reston with similar capabilities, but Durrer said TruBlu was the first choice for this particular job.

We’ve used a number of different mail firms over the years, he said. Theres no one firm that gets our work.

At least one local politician has snuffed the idea of snail mail altogether. Alexandria resident Sen. Mark Warner (D) only sends emails to constituents. Although congress members and senators enjoy free postage, the cost is passed on to taxpayers.

In the first 20 months we have determined that email is the economical and most efficient way to reach Virginia constituents, said Kevin Hall, Warners communications director. Its instant, its how most Virginians now access information and more importantly, theres relatively little cost.

Spending taxpayer money outside of the district and in a competing state does not exactly endear politicians to local business owners, according to Alexandria Chamber of Commerce President and CEO Tina Leone.

We know that businesses cant vote themselves, but their owners do, Leone said. You want to keep [business] in the district if its possible. In the light of where we are economically, he could have made a better choice. It just looks bad. People get the wrong impression.

Few people read the newsletters in the past, Moran said at a debate last week, so the recent edition was aimed at grabbing constituents attention. It seems to have worked.

The incumbent mail privileges are perennial campaign issue for races where its competitive, Wood said. Incumbents send out the same mailer for decades, and then it gets close to elections and its too political. It certainly helps them, but its not illegal. Then again, theyre the ones making the rules.