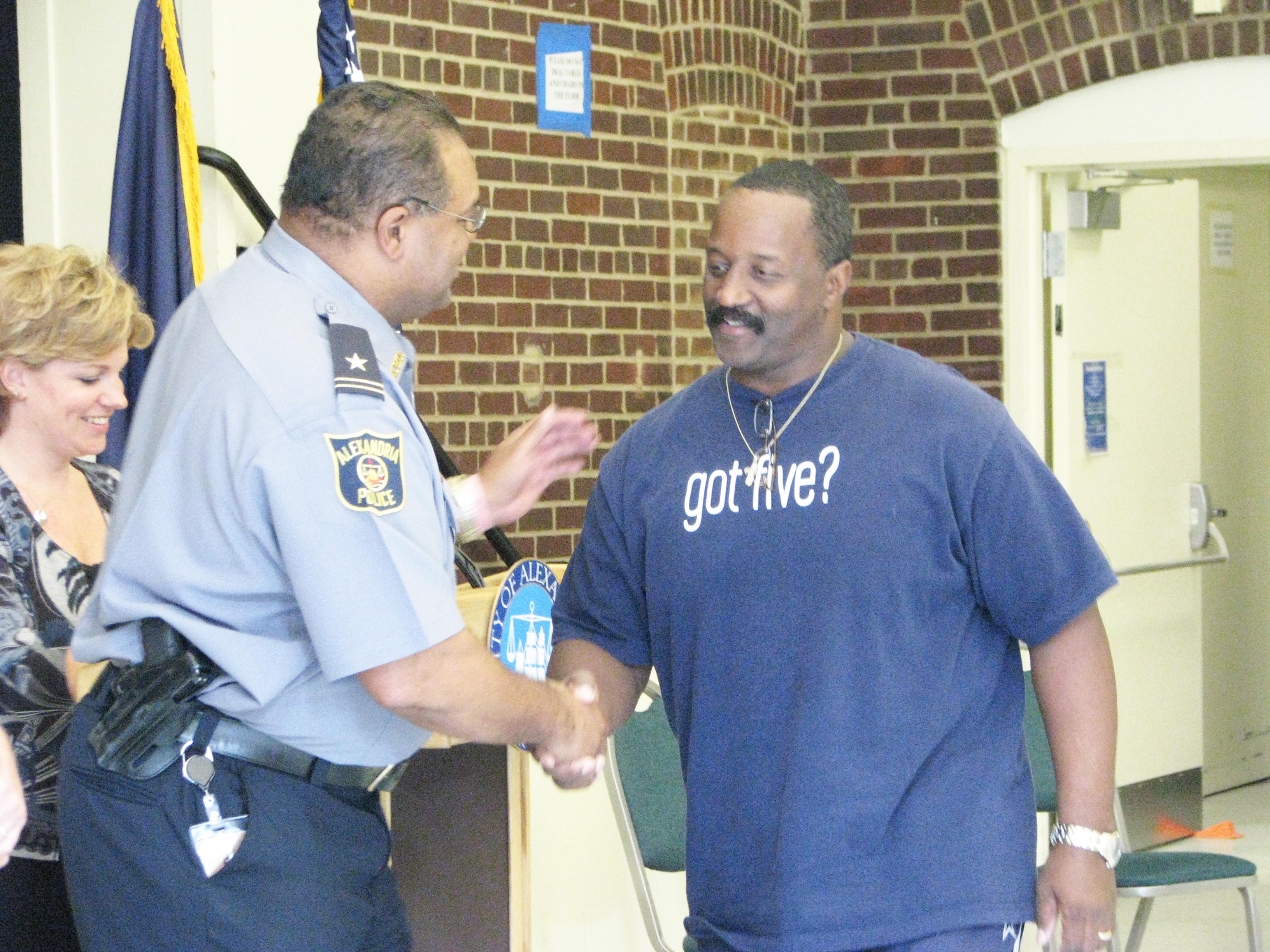 Blasting music and donning fake tattoos and a head bandana, a Gulf War veteran and father suffering from post-traumatic stress disorder cant handle losing custody of his child. He phones police and later alludes to burning down his house, but officers successfully talk him down.

The case is hypothetical, but similar ones are all too real. A suicidal man threatens to jump to his death; a father threatens to torch his home: real-life situations law enforcement officials want to approach differently.

In a dimly lit multipurpose room in the Durant Center off of Cameron Street Friday, six deputy sheriffs and 11 police officers acted out emergency calls involving the mentally ill or otherwise unstable. Instructor Dennis Lambert played the role of the jumpy veteran.

Its called crisis intervention and Alexandria is upping training for law enforcement officials. Often the first to reach people behaving erratically from mental disorders to domestic disputes police and sheriffs deputies are teaming to comprise the Crisis Intervention Team. Seventeen of the citys public safety departments joined the squad Friday.

Its a tool for the tool-belt, said Sgt. Courtney Ballantine, a 10-year veteran of the department. Were not therapists and were not training to be therapists by any means. Were responding to folks in crisis.

Ballantine attended crisis intervention training at New River Valley in 2009 as part of a $48,000 state grant. Now hes evaluating fellow officers as they walk through the tricky encounters.

Ballantine watches for voice control, demeanor and body language. He critiques their conversations with the individual, pointing out when the officers said the right thing and when they triggered an outburst.

Its part of a citywide effort coordinated by Alexandrias mental health department to keep the mentally ill from falling between the cracks, said Liz Wixson, director of Alexandria Community Services Board Acute Care Division.

The city has an array of services for those suffering from mental disorders, but some never get that far, ending up in jail or worse, she said.

We realized a couple of years ago our jail was full of mental illness, Wixson said. [This is] win-win for the community. Theyre not getting tangled up in jail. Its a different way of thinking about working with them.

Dep. Will Morgan, a 22-year veteran of the Alexandria Sheriffs Office, has dealt with plenty of the mentally ill at the city jail. But the training opened his eyes to the resources Alexandria offers. As part of the 40-hour course, he toured the citys mental health facilities, detoxification clinics and hospitals on Tuesday.

Ive worked with the city for a long time, but it was most interesting to learn about all the services available, Morgan said. Its more knowledge and insight into the services offered. Where to go and what to do.

Its already had progress, he said during Fridays graduation ceremony. Were seeing fewer jail days. Weve had very, very, very positive results in the sense that [the mentally ill] are staying out of jail.

Its been successful enough Police Chief Earl Cook committed to finding permanent money for the program in his budget. The current courses are paid through a grant, but hopefully all of Alexandrias officers will receive the training during their time in the academy, he said.

This is one of the best nonlethal tools we have, Cook said. Were going to use our mental skills to get them into custody. The physical part is always easier Its not about a CIT, but a well-trained individual going out to serve the people.