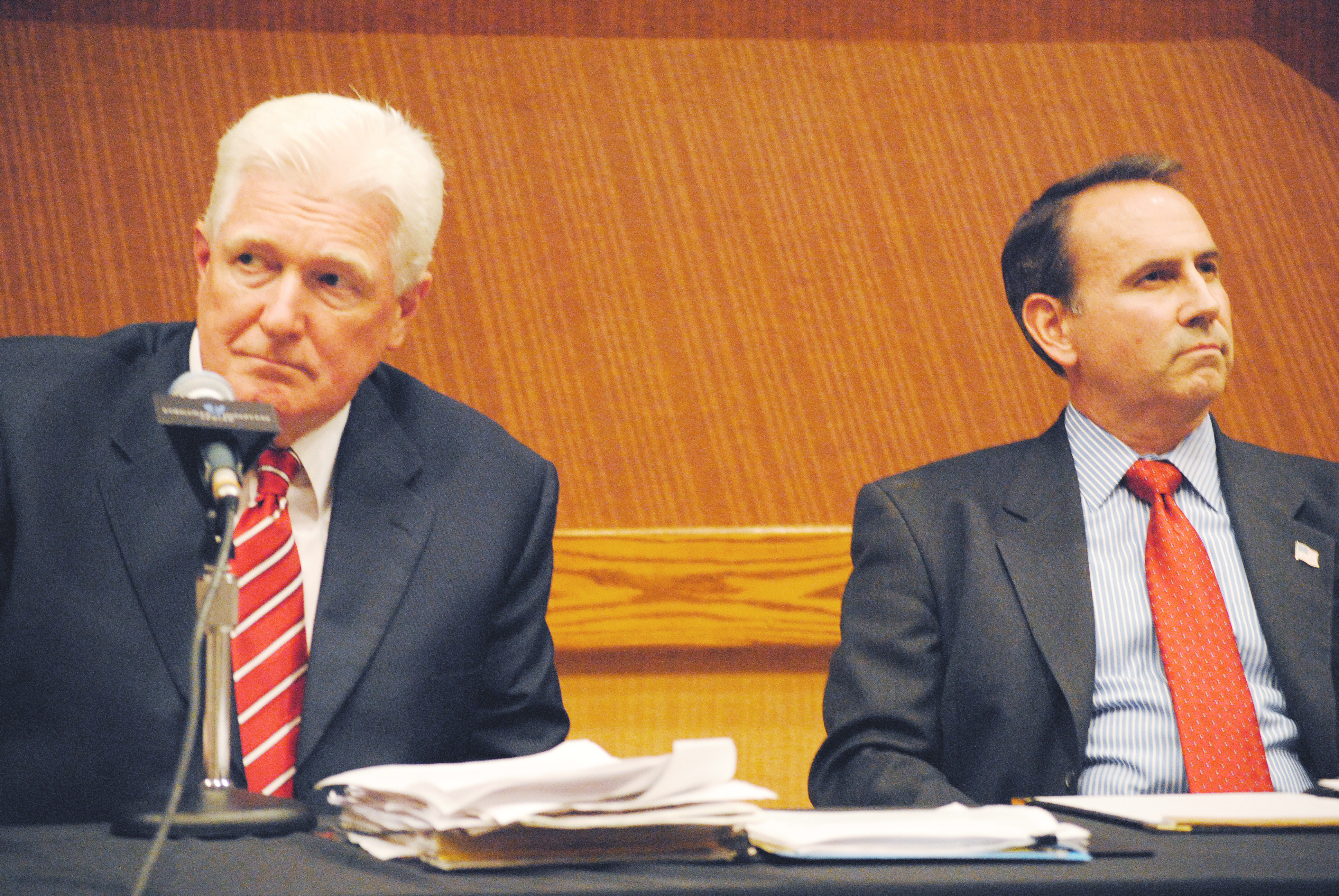 The first 8th District congressional debate of the election season offered little in terms of new insight on the candidates or what each would do should he get to Capitol Hill; they pretty much toed the party line. But what the debate lacked in substantial policy specifics, it made up for with entertaining political theater, setting the tone for the final two months of campaigning.

Congress is full of career politicians who are addicted to spending your taxpayer dollars and will say anything to get reelected, Murray said in his opening statement. At the heart of that is my opponent, Mr. Moran.

Moran, who spent about 20 years in the Alexandria community including as the citys mayor before running for Congress, said he never would have run if he lacked as much experience as Murray.

Congress is not an entry-level position, said Moran, who is a senior member on the House Appropriations Committee. We just have different points of views in terms of qualifications for running for Congress.

Moran then had to deal with hecklers, who tried making the case that Murray is akin to President Barack Obama in terms of experience.

Murray, a former Army colonel and Iraq War veteran, often jabbed at Morans incumbent status and painted him as an irresponsible steward of taxpayer dollars. At the heart of Murrays attack was a glossy, high-quality mailer that Moran sent to registered voters this summer, paid for with taxpayer money.

I thought it was a quarterly stock report from Goldman Sachs, Murray joked as he took out his reading glasses and feigned reading the document.

Local GOP groups claim the booklet is campaign propaganda, that its an abuse of taxpayer money and that it cost up to a million dollars. But Moran, who is seeking his 20th year in Congress, says its just a newsletter for his constituents. It was made extra accessible, he says, because of the complex health care and Wall Street legislation that was passed this year.

Ive learned over the years that a lot of people dont like the newsletters and many people dont even read them, Moran said. I should probably pay my staff more instead, but it seems to me that when youre educating your constituents as best you can, its not an inappropriate way to spend money.

Moran said it cost about $150,000, which is comparable to past newsletters.

Later, the congressman questioned Murrays lack of civic engagement in Northern Virginia and wondered how someone who has lived in Alexandria for less than two years can be an effective representative for the 8th District, which includes Arlington, Falls Church and parts of Fairfax as well.

Ive been a little busy serving my country all over the world, said Murray, who once lived in Alexandria for eight years in the 90s. You couldve put a blindfold on, threw a dart on a map and picked a better place to run as a Republican. But I dont care, Im running because I care about this country. Im not a politician.

Later, a citizen asked Moran about his appetite for earmarks throughout his tenure as congressman a point for which Murray has chided him before.

I get it. I know a lot of you are here because I earmark money, Moran said. I do a lot of earmarking, but I believe in the federal government and federal spending has allowed me to bring millions and millions of dollars to the district.

Tackling a controversial social issue, a citizen asked whether Murray supports a womans right to choose. The Republican candidate, who has called Roe v. Wade the worst Supreme Court decision ever, said its not a key issue that people are worried about in this election. He believes the issue should be left up to states.

Fisher and Moran disagreed, as they have in the past.

There are many instances where a woman shouldnt be forced to keep a child, like in a case of rape, Fisher said.

Though specific local issues were not exactly the topic of conversation Tuesday, voters can expect more debates as the election approaches.

Cody Mello-Klein - March 30, 2020
By Cody Mello-Klein | [email protected] Gov. Ralph Northam (D) issued a stay at home order for all Virginians on Monday. The order is in effect...

Missy Schrott - March 30, 2020
By Missy Schrott | [email protected] The number of COVID-19 coronavirus cases in the United States continues to increase, with 32 reported in Alexandria.  As of Monday,...