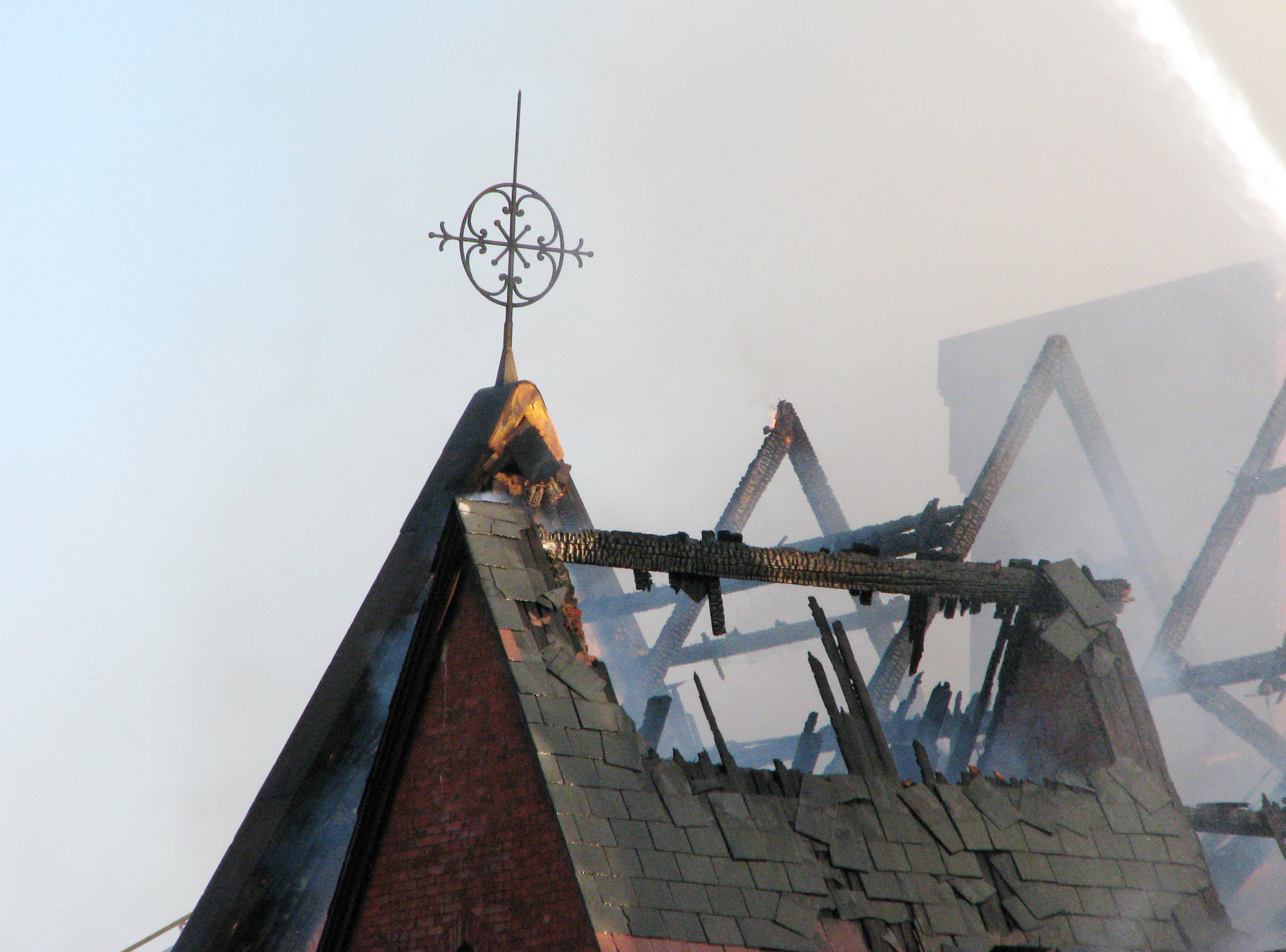 The investigation into the near destruction of Immanuel Chapel after Fridays two-alarm blaze remains ongoing, but Virginia Theological Seminary officials vow to rebuild the historic church.

The cause of the fire is not yet known, but it began at about 3:55 p.m. when VTS staff noticed smoke billowing out of the chapel overlooking Seminary Road, spokesman Susan Shillinglaw said. Two hours later the chapel, originally built in 1881, was gutted and smoldering, a heinous vision of destruction for neighbors and staff.

There were no injuries, though the blaze caused traffic backups as officials closed roads for emergency responders. Fire crews on Duke Street could see and smell the smoke, which they followed to the scene, officials said. Smoke was detected as far away as Old Town.

Kirk Hampton and Alex Medellin, contract workers doing excavation work for the seminary, reported flames as high as 20 feet. They watched on from a safe distance as the chapel’s vaulted ceiling collapsed in the inferno.

“I just saw all this smoke, I thought someone had gotten hurt,” Hampton said. “It’s an old building. It burned from the inside out.”

“It was a gorgeous old church,” Brown said. “The whole thing is just surreal. It will take a while for this to sink in.”

Comparing the devastation to losing an old friend was putting it mildly, he said.

He made his way to the chapel after spotting a “huge” puff of smoke from his nearby home. The entire walk over, he worried the chapel had gone up in flames.

“I was just in disbelief,” he said. “It looks like World War II Berlin or something.”

Rev. George Pera, a member of another church but a neighbor of the seminary, recalled presiding over weddings in the building. The chapel is the heart of any seminary, he said, calling it a “very sad” day for Alexandria.

“The church is the people, not the building, but the building is still important,” Pera said. “It was gorgeous; old, but beautiful.”

Despite the destruction charred beams reach up to the sky from within the smoke blackened masonry VTS is already looking ahead, Shillinglaw said. The seminarys dean toured the buildings remains Monday, she said.

We do plan to rebuild, but whether it will be a brand new building versus refurbishing the church, there are many things that go into that particular decision, Shillinglaw said. Its a central part of our students training and a place of worship.

Three services daily were held in the 129-year-old building until the fire a noon Eucharist and morning and evening prayers. Two services were conducted the day of the blaze, Shillinglaw said.

Among the items lost in the fire are the Tiffany Windows, the alter window and an alter rail built from Liberian wood. The baptismal font was spared, Shilling said.

The seminary has received an outpouring of support from the community since the tragedy, she said. Immanuel Church-On-The-Hill has offered their space for services, as has Episcopal High School. Theyve also received condolences from Temple Beth El, a synagogue across the street, she said.