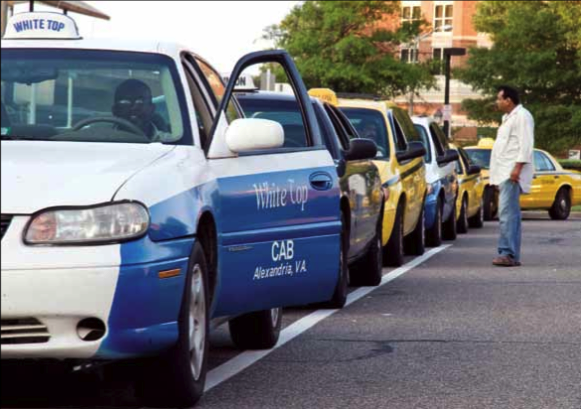 The Alexandria City Council votes on several changes to thetaxi industry Saturday and one of them could kick rude cabbies out of theircars and onto the curb.

Enforcing a quota of dispatch calls per driver is part of the redesign, but city staff also recommends suspending or revoking cabbies certificatesif the drivers is found to be rude toward the public or city officials,according to a presentation.

Mayor Bill Euille thought the language was too vague.

Do we have similar language for everyone else? We need tohave the same thing for public safety officials, DASH bus drivers, everyoneacross the board, he said.

Walking a tightrope between government and private industry,the council seems to be treading carefully before finalizing the law Saturday.

One of our goals when we walk away from this is to have anenforceable solution Im not interested in being the human resourcesdepartment to the taxi industry, said Councilman Frank Fannon.

The parameters of the ordinance are not set in stone.Council members must also decide if they want to require all cab drivers tohave credit card capabilities.