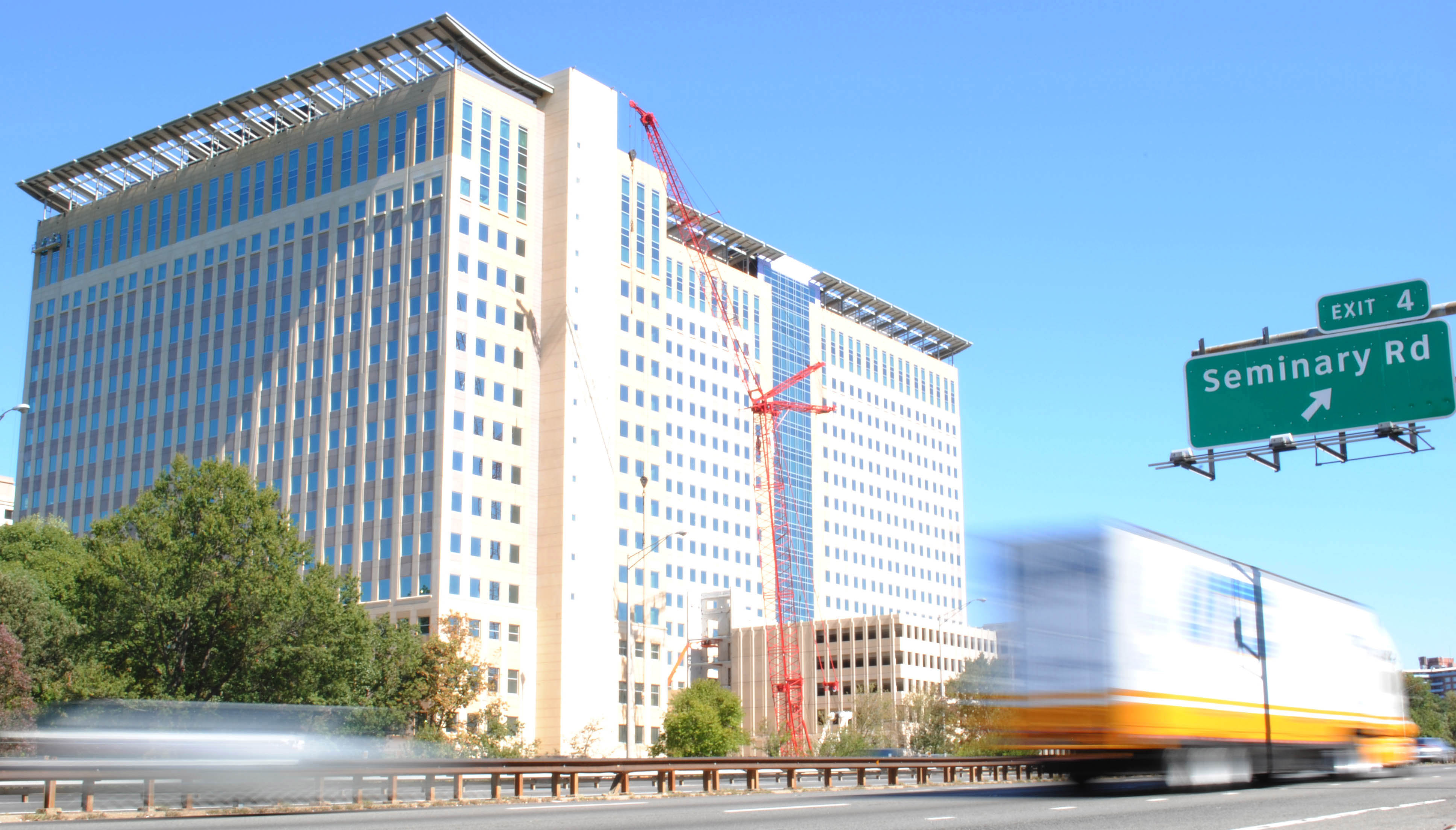 Rep. Jim Moran (D-8), Murrays opponent, spoke against the Mark Center site on the west side of the city often, ever since the Army selected it in 2008. He wanted a site in Springfield, near a Metro station. But the defense department moved fast to secure a site and complete it by 2011 as part of the Base Realignment and Closure Act of 2005 that mandated Fort Belvoir scatter its departments.

Now, as the Washington Headquarters Services high-rises are less than a year from completion, Murray blames Moran for the monstrosity that will clog the area with about 4,000 more cars a day, with no mass transit solution in sight.

Its very simple as we see it. This is Jim Morans district and nothing happens in this district without him knowing about it, without his approval, Murray said Tuesday. Here you have this giant Death Star building parachuting smack dab in the middle of his district.

At the crux of Murrays argument is a campaign donation from Dennis Oklak, CEO of Indianapolis-based Duke Realty, which sold the land to the Department of Defense and is partly developing the site. Oklak donated $2,300 the maximum allowed to Morans campaign in 2008, according to Federal Election Commission records. The donation came about three weeks after DOD officials announced their decision to build at Mark Center.

“There’s no one that’s been more outspoken regarding Duke Realty’s handling of the Mark Center project, said Austin Durrer, Morans spokesman. They’d probably like their donation back after the criticism they’ve received from the congressman [because of] his concerns with the traffic impact.”
Oklak would not return phone calls left for him in Indianapolis.

“Congressman Moran has a longtime understanding of the issues affecting the real estate market and economic benefits that come with real estate growth, Durrer said. He has received great support over the years from the real estate industry and [the donation] was merely a small reflection of that.

Murray would not speculate why a congressman would proactively foster a deal that would create a traffic nightmare for his constituents, then place language in the Defense Authorization bill to cap the amount of workers allowed to park at the site, as he did this summer.

Youd have to ask him that, he said. I cant answer that, Im not accusing. It just seems odd that talks about how hes as powerful as he is and now hes some detached observer.

Moran has blamed the building on poor planning by Duke Realty and DOD, who did not perform proper environmental impact studies on the area before making the decision. When asked why he didnt push harder for other sites, Moran did what he could, but it is illegal for him to broker such deals, he said at a town hall meeting in September.

It wouldnt be a stretch to say DODs has some culpability in their decision to set up shop in Alexandrias West End, but the bottom line is Moran let it happen, said Murray, a former Army colonel.

The candidates have several debates with the election less than three weeks away. The next one is the Beth El Hebrew Congregation Political Forum Sunday on Seminary Road.