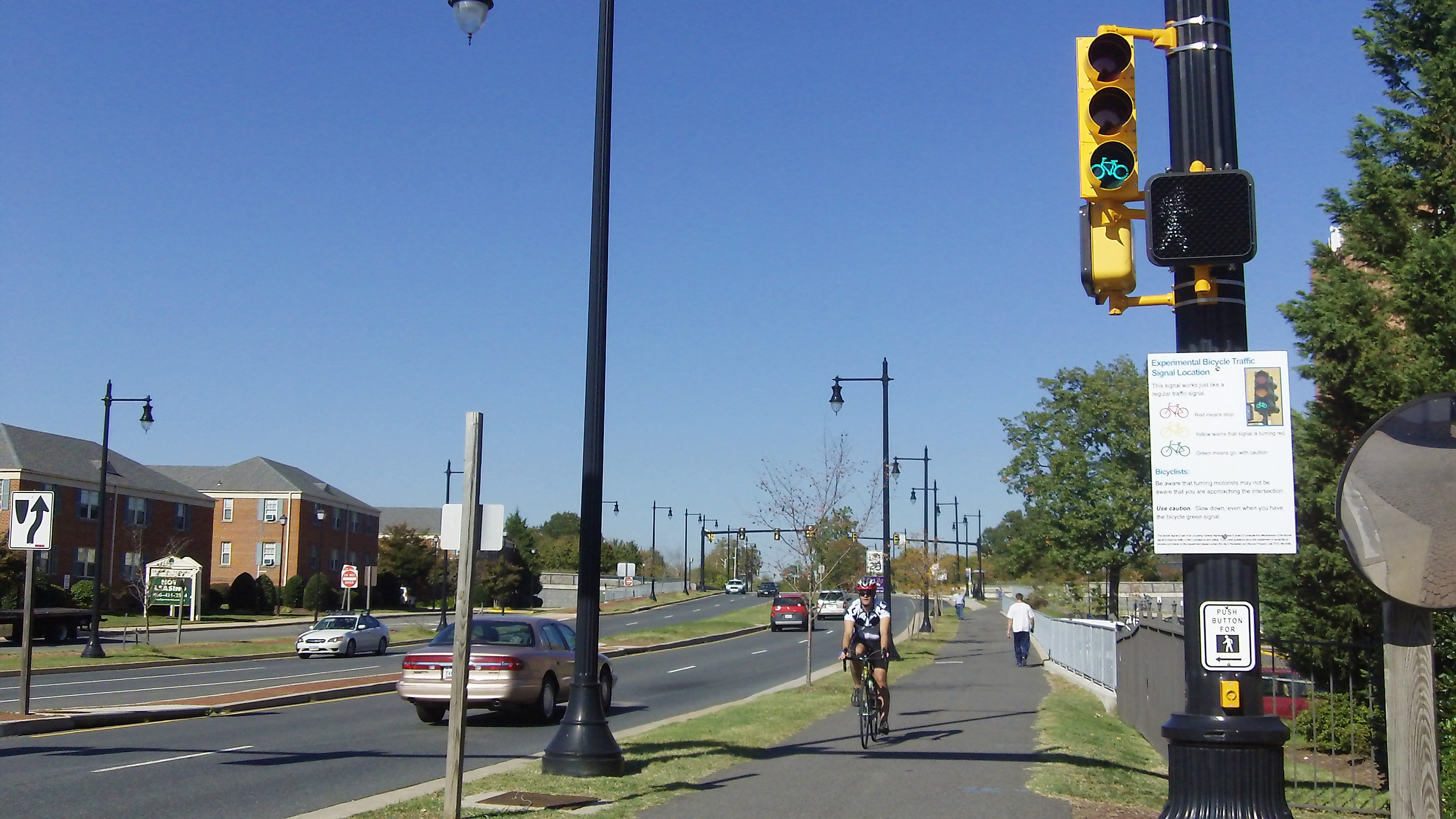 Alexandria City Hall has rolled out the first traffic light for cyclists in the state, but they want to make sure bikers wont ignore the safety signal before buying more.

At a cost of $1,000, the Mount Vernon Trail signal has roots across the Atlantic, said Bob Garbacz, transportation division chief with the city. Officials hope to make Alexandria more bicycle-friendly by importing the European traffic signals and attitudes.

But its a two-way street, Garbacz said.

One of the things youll notice [in Europe] is when they have a red signal theyll stop. Theyll obey the signal, he said. Weve got to see how well the American cyclists obeys. We just want to make sure we have a design that works.

Officials chose the intersection of South Washington and South Alfred streets for the experiment because existing topography makes it difficult for cyclists and motorists to see and react to one another. They hope the traffic light will make crossing the Porto Vecchio Condominiums driveway safer for cyclists.

In the meantime, officials will study cyclists behavior around the light. Garbacz will share the citys findings during the next year with the Federal Highway Administration. Its part of a larger, nation-wide process of finding a place for bicycles on city streets, he said.

I think the implementation of this kind of measure is going to give enough background information for changes in the legislation for the state to enforce the rules beyond the roadway area, said Abi Lerner, Alexandrias deputy director of transportation. Were going to be looking at potentially expanding [use of the signal] into other areas.

Thats welcome news to cyclist Bruce Dwyer. A Washington Area Bicyclist Association member, Dwyer remembers when cyclists began pushing for a more prominent spot on the roads in the 1990s. Alexandria has since been recognized as a bronze-level bicycle friendly city, but theres always room for improvement, he said.

In Europe almost everybody who drives a car also bicycles, so theyre very aware of bicycle behavior on the road, Dwyer said. When youre on a bike youre supposed to follow the same rules of the road. Theres a lot of education needed on both sides.

More signals for cyclists will reinforce the notion there is room on the road for both motor vehicles and bicycles, he said.

Its not only safer, but you feel more confident riding there, Zacharias said. Virginia is pretty good, but still some motorists arent really aware of what the bike laws are that we have legal rights just like cars. You just need to be wary.

A prominent traffic signal highlighting the cyclists right to the road will make it easier motorists to remember theyre out there too, he said.

As roads become further clogged by traffic, their numbers will increase, Dwyer said. The lack of space for constructing more road lanes or miles in Alexandria has doomed the single passenger car, he said. Dwyer believes mass transit and bicycles are the way of the future for Alexandria.

The city is filled up so youve got to get people out of cars, he said. Ive noticed a lot more cyclists on the roads lately. Im retired, but I do commute into Washington once or twice a week and more people are out there on a bike.