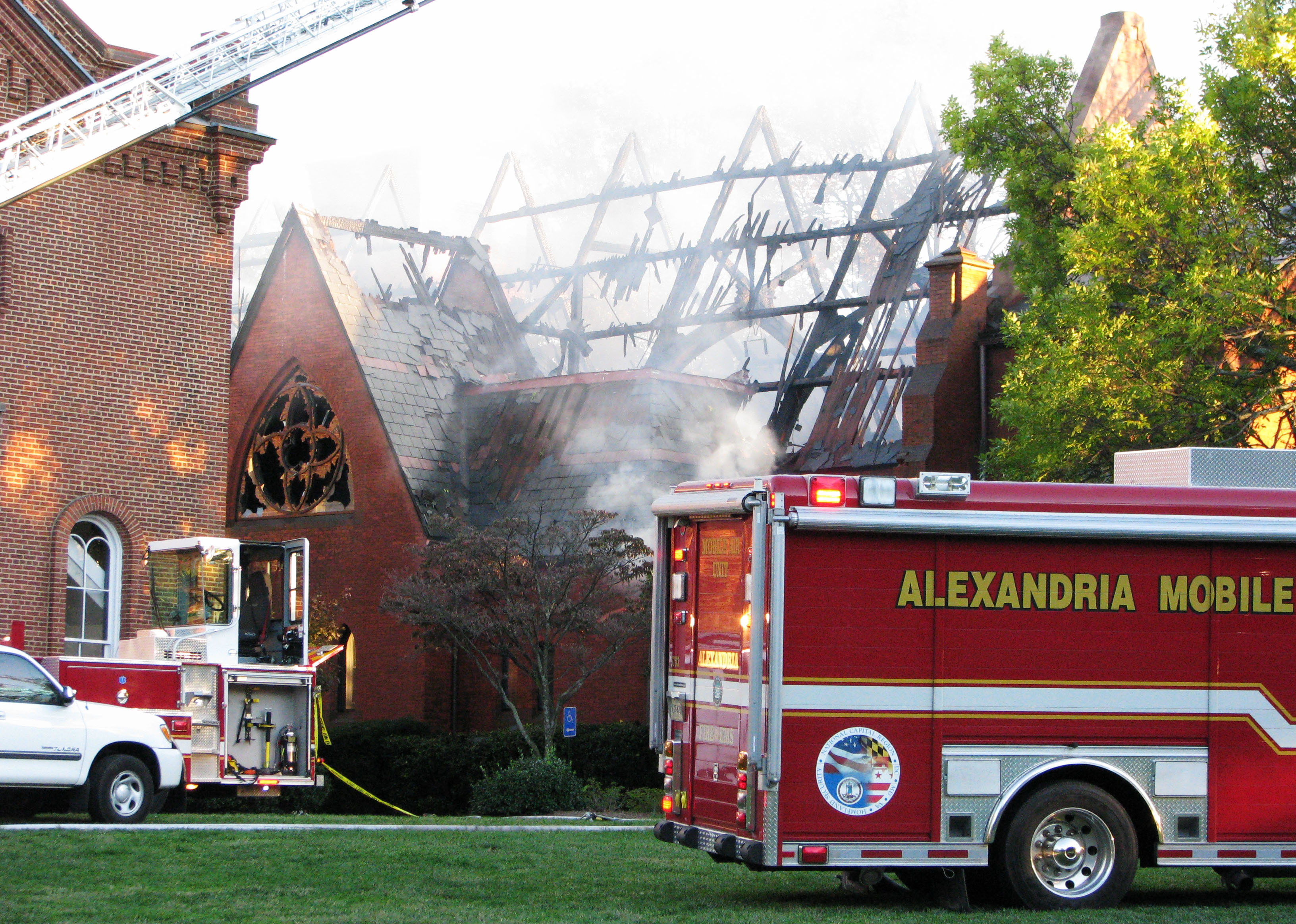 A chapel at Virginia Theological Seminary on Seminary Road is gutted after the centuries old building caught fire Friday. While the flames were contained, the structure smoldered into the evening.
PHOTO GALLERY

There were no injuries, Alexandria Fire Department spokesman John North said. He was unsure if the chapel was occupied when the fire began. He said it is used three times daily, and had been in use twice before the time of the fire.

The AFD received an emergency call at about 3:55 p.m. Fire crews on Duke Street could see and smell the smoke, which they followed to the scene, North said. Smoke could was detected as far away as Old Town.

Fire officials will investigate once it the building is safe, but likely won’t know the cause for three to four days, North said. The building is unstable and remains off limit for investigators, said Fire Chief Adam Thiel. He did not know whether officials would need to pull down the now free standing masonry to begin their work.

Thiel said the fire spread unusually fast. By the time crews arrived, the building was completely engulfed with flames, he said.

Kirk Hampton and Alex Medellin, contract workers doing excavation work for the seminary, reported flames as high as 20 feet. They watched on from a safe distance as the chapel’s vaulted ceiling collapsed under the maelstrom.

“I just saw all this smoke, I thought someone had gotten hurt,” Hampton said. “It’s an old building. It burned from the inside out.”

As night fell, neighbors congregated near the torched building, snapping photos and talking in small groups. Tom Brown remembered having his children baptized in the chapel. Comparing the devastation to losing an old friend was putting it mildly, he said.

“It was a gorgeous old church,” Brown said. “The whole thing is just surreal. It will take a while for this to sink in.”

He made his way to the chapel after spotting a “huge” puff of smoke. The entire walk over, he worried the chapel had gone up in flames. Brown’s worst fears were realized when he arrived.

“I was just in disbelief,” he said. “It looks like World War II Berlin or something.”

Rev. George Pera, a member of another church, but a neighbor of the seminary, recalled presiding over weddings in the building. The chapel is the heart of any seminary, he said, calling it a “very sad” day for Alexandria.

“The church is the people, not the building, but the building is still important,” Pera said. “It was gorgeous; old, but beautiful.”

Fire crews from Arlington and Fairfax showed up to lend a hand, as did the Bureau of Alcohol, Tobacco and Firearms, though there was no reason to believe firearms were involved, North said.