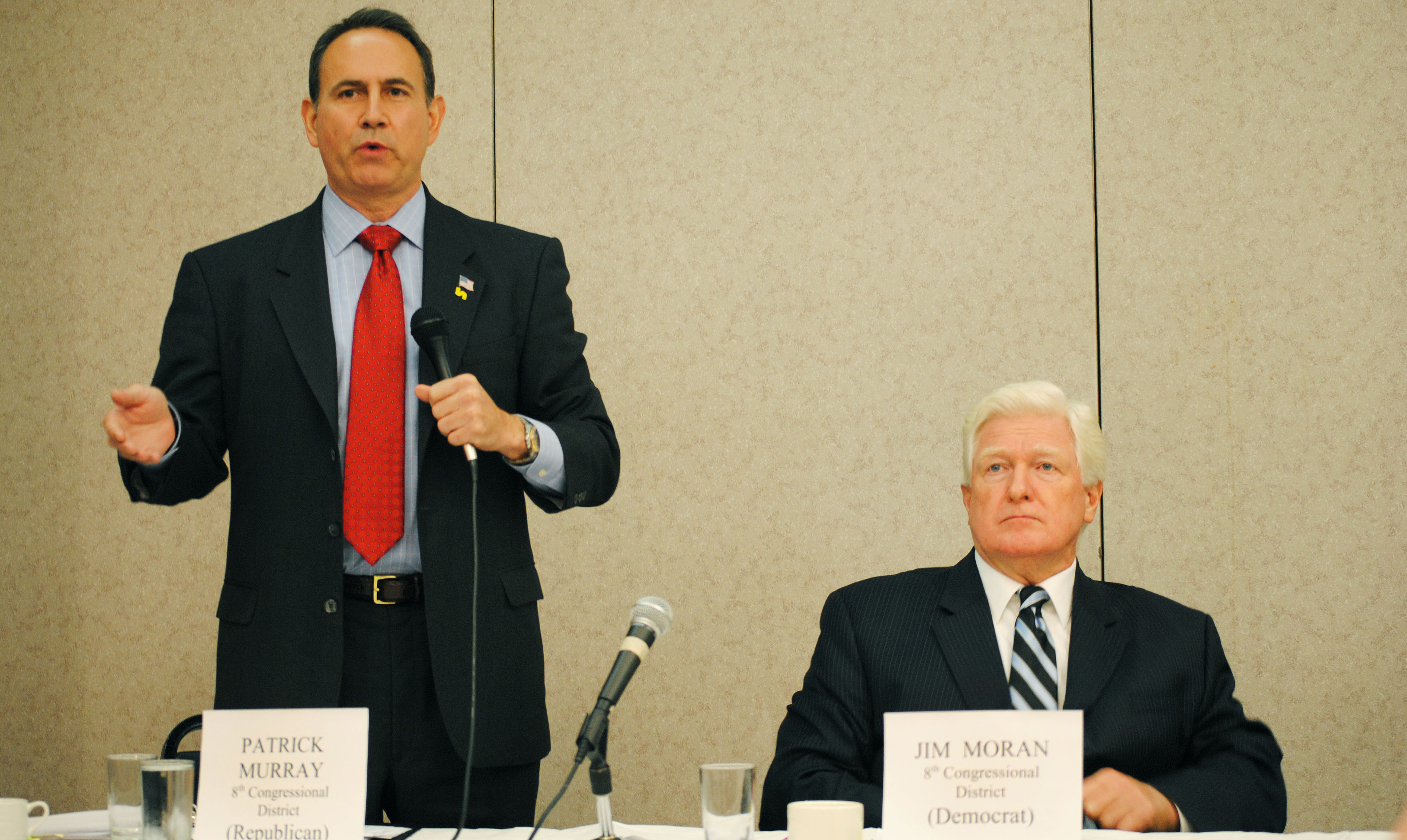 Israel is our strongest ally, Murray said after asked how much influence the Jewish lobby has in international affairs. When you dont support allies, you give aid and comfort to your enemies.

Moran, who took some heat in the 1990s for statements about the Jewish lobby, said he aligns with Jewish organization J Street more than the categorically pro-Israel American Israel Public Affairs Committee, with which he worked often in his early years on The Hill.

AIPAC is a very effective lobby. More power to them, thats their job, Moran said. As I spent more time in Israel, more time in the Middle East I found AIPACs views to be somewhat shortsighted. In the long term [their ideas] are not the best choice for the Middle East.

The countrys economy inevitably demanded the biggest chunk of time, as it has in every debate among the candidates thus far.

Moran blamed the Bush administration, Murray blamed Democrats spending and Fisher blamed the wars in Iraq and Afghanistan for the national deficit and slouching economy.

Anyone who appropriates money for wars, that is a crime, Fisher said.

Moran called the Bush administration immoral for cutting taxes without cutting spending in his two terms and passing the debt on to the next generation. The country needs to emulate the Clinton administration, which required tax cuts to accompany spending cuts, Moran said.

There are no atheists in foxholes, Murray taunted Moran. “Where have you been for the last 20 years? Congress holds the purse strings and my opponent has been spending money like it’s going out of style.

The key to boosting the economy is giving small businesses the tools tax breaks among them to succeed and reinforce the economys backbone, Murray said.

Murray painted Moran as a Washington insider while Moran deemed Murray an 8th District outsider, especially when it came to the defense departments administrative high-rises being built on Alexandrias west side.

The Washington Headquarters Services buildings are expected to add about 4,000 cars a day to the West End and the turtle-paced I-395, with no option for mass transit.
Murray moved to Alexandria a little more than two years ago after serving in the military as an Army colonel, for which he said he would not apologize.

Its fantastical to me that a federal building can just parachute in here in [Morans] district for someone whos on the powerful appropriations committee,” Murray said. “And Jim says I dont know what happened.

Moran lobbied to build the federally mandated structures near sites with Metro access until his position as an elected official preempted him from interfering with development contracts, he said.

He questioned Murrays experience in the district with such issues, indicating he’s less attuned to local problems than Moran.