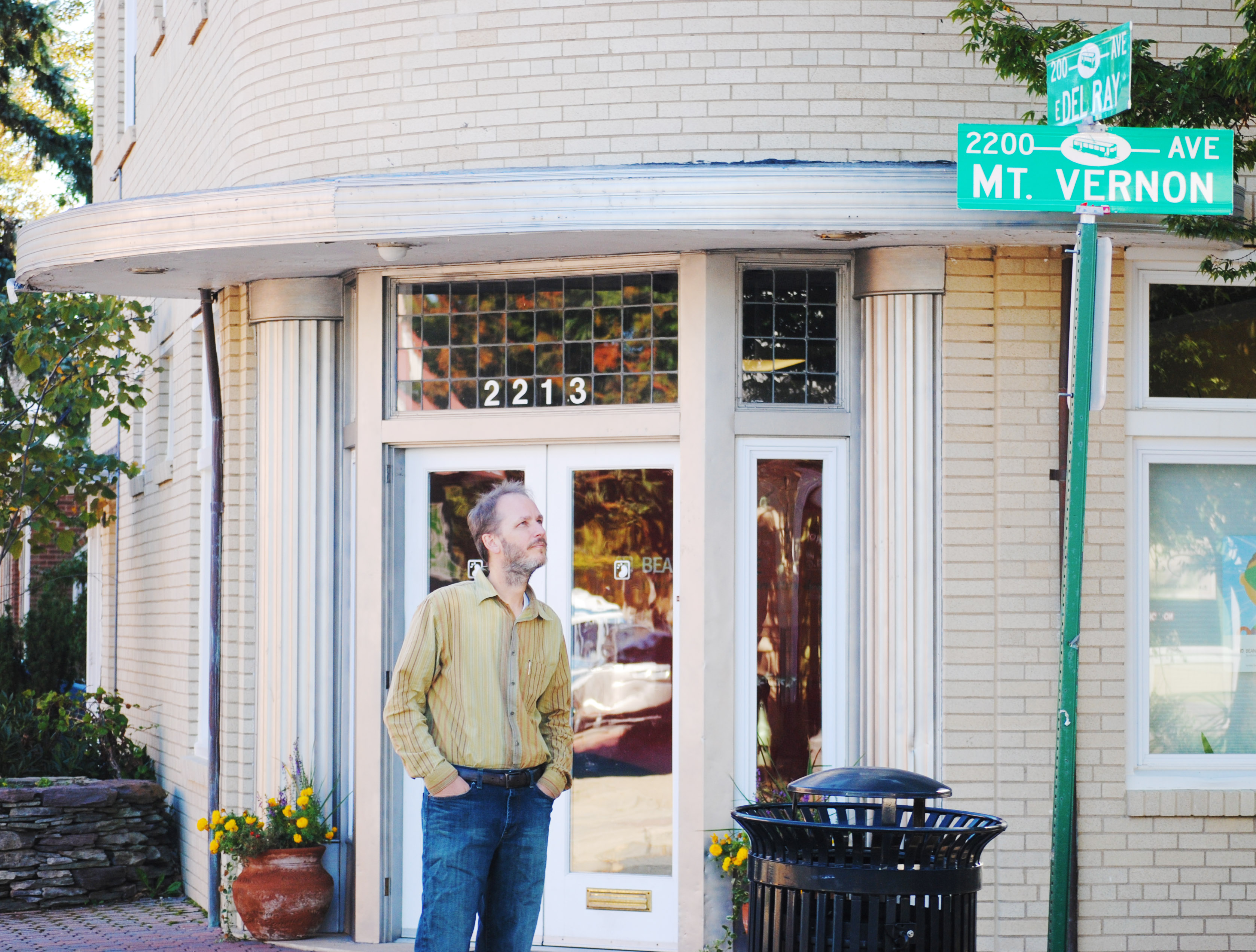 Andrew Wingfield has seen Del Ray change from a physically neglected pocket of the city into the hub of commerce, art, ideas and people it is today.

He has seen gentrification. He has seen conflicts of race and class. He seen the poor leave homes in which theyd been entrenched for decades or longer.

He decided to write about it.

Right of Way, the second book by the Del Ray resident, is a collection of short stories about Cleave Springs, a pen name for Del Ray. Not unlike Edward P. Joness Lost in the City, it chronicles the characters of a neighborhood their interactions, their differences and weaves together a community facing change.

Not for the better, necessarily, and not for the worse, just in the name of change.

Since Wingfield moved to Del Ray in 1996, the demographics have altered. Many low-income and black residents have moved away. Housing prices ceased to be affordable for many and the middle class has helped turn the Mount Vernon Avenue Corridor into a thriving and creative marketplace.

Places like Lilly Pad (St. Elmos) represent positive drivers of change in Right of Way places that encourage a sense of community. And aside from a few liberties he took for literary reasons (Cleave Springs is closer to the Potomac, for instance), Del Ray is recognizable to those who know it well, Wingfield says.

The author, winner of the 2010 Washington Writers Publishing House fiction contest, wanted to portray the nuances of race, class and the boundaries of poverty in a changing Del Ray. He sat down with the Times to discuss how he went about it.

Alexandria Times: How did you get started writing your book?

Andrew Wingfield: Weve been on the ground in Del Ray since its been evolving and changing. Being a writer, Im always kind of watching whats going on and listening to whats going on. It took me a while to realize that I was surrounded by all these characters, and I realized I needed to start writing it down.

Whats the gentrification process been like for you, as a white man who moved to Del Ray in 1996?

To me its been kind of a mixed blessing. I always say that in the early years I called the police a lot. I dont do that any more. But weve lost some diversity and some of what made Del Ray unique as prices started going up.

But many people would say Del Ray is most unique now. Was gentrification a good thing?

I try not to make those value judgments I try to kind of just record what I observe. But I think for me Right of Way is how we define community. I think we have this group thats been here for a long time, who have been through rough times. And theres others who have visions for what will come. So I think all the stories bring characters in conflict and contention with each other about how they define community. I guess what Im trying to do is spark how people think about neighborhood and how to define it.

Whats an example of observations you made that caused you to stop, think and write?

A story I wrote about a white guy who lived behind me before I lived there. My mother in law found out from him he had a wife who had died. This guy was uncommunicative but he was intriguing to me. He had this shed, and a black guy from the neighborhood would sometimes come buy and store stuff in it, sometimes stay the night at his house. They interacted all the time. I had to know: whats the nature of this connection? So I just sat down and started writing and just sort of let it lead where it led. Its not his story, its my story, but I used the foundation of what I saw here in Del Ray.

Right of Way will be released October 15. Andrew Wingfield will give an authors talk on October 20 at Duncan Library, 2501 Commonwealth Ave., at 7:30 p.m.