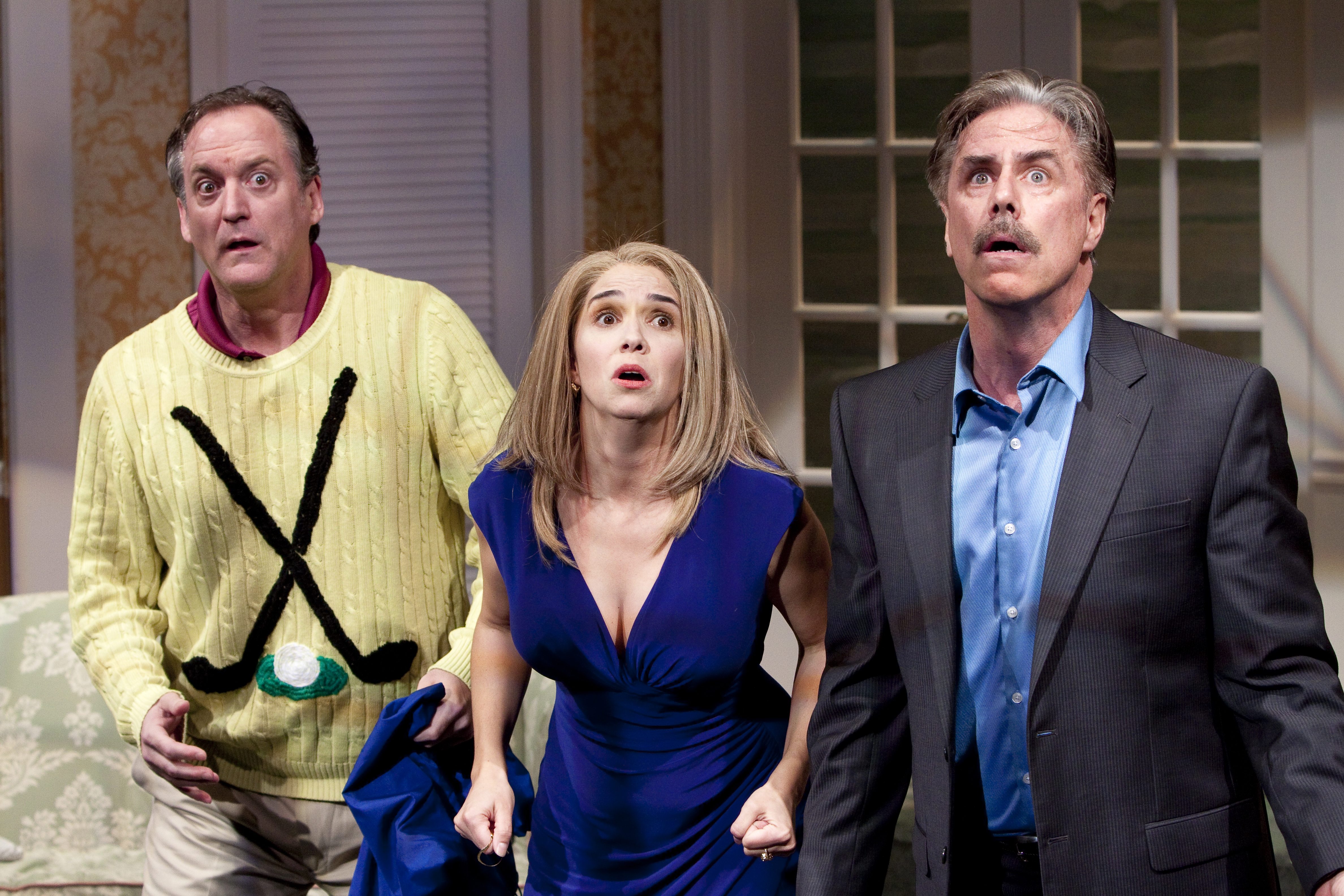 If youve never hit a golf ball or picked up a club and have no plans to this plays for you. Whether your membership to a posh country club, where A Fox on the Fairway is set, has expired or you neglected to send in your application, you will love this crazy, frothy, throwback to early Hollywood comic cinema.

In an everything-old-is-new-again vein, playwright Ken Ludwig has mined the funny bone in this screwball comedy reminiscent of the days of the Marx Brothers, Cary Grant and Claudette Colbert, and Spencer Tracy and Katherine Hepburn all rolled into one.

When we meet Richard Bingham, the urbane manager of Quail Valley Country Club, the mood is dire. Quail Valley has never won the annual golf tournament against rival Crouching Squirrel Club. But the debonair Bingham, as expertly played by Jeff McCarthy, has plans for a reversal of fortune with the entry of a new member with an ace handicap. His counterpart and nemesis from Crouching Squirrel, Dickie, has a surprise of his own and the old archenemies bet the farm on the outcome.

Andrew Long plays Dickie, a veritable Mr. Malaprop who sports appliqud golf attire and mixes metaphors with aplomb.  Holly Twyford is the champagne-swilling, much-married Pamela. She slinks through her role so seamlessly and with such universal appeal that we feel we know her. Twyford is sharp, witty and charmingly snide. In a swipe at her ex-husband, Dickie, she tells him, Never use box tops to buy wearing apparel.

Swirling around the breakneck action are our young romantics. The fragile, neurotic waitress Louise, played fetchingly by the adorable Meg Steedle, and her hapless (also neurotic) beau, Justin, played with puppy dog pathos by Aubrey Deeker. Their on-again off-again engagement keeps them in a dither as their breakups mount and the clubs chances for the cup dwindle.

Enter Binghams wife Muriel, full of frustration and cool anger.  Valerie Leonard has a firm grip on the characters hot-and-cold personality. In fact the entire cast performs with such unanimity and slick precision it will take your breath away.

Signature Theatre is blessed to have the world premiere of A Fox on the Fairway.  Here internationally-acclaimed playwright Ken Ludwig, in a production more in line with his long-running Broadway play Lend Me a Tenor, revives the art of the sophisticated farce full of high anxiety. Its madcap mayhem replete with high jinks and snappy repartee.

Tony award-winning director John Rando, who worked with Ludwig on Be My Baby, carves up a dazzling choreography full of leaps and bounds and canoodling worthy of a New Yorker cartoon.

Take this under advisement: Make sure your belt is buckled and your buttons are sewn on tight, this riotous romp will split your sides in two! And do not, I repeat, do not under any circumstances leave the theatre before the cast takes their bows. I will not play the spoiler, but believe me it is a delicious surprise full of theatrical brilliance.