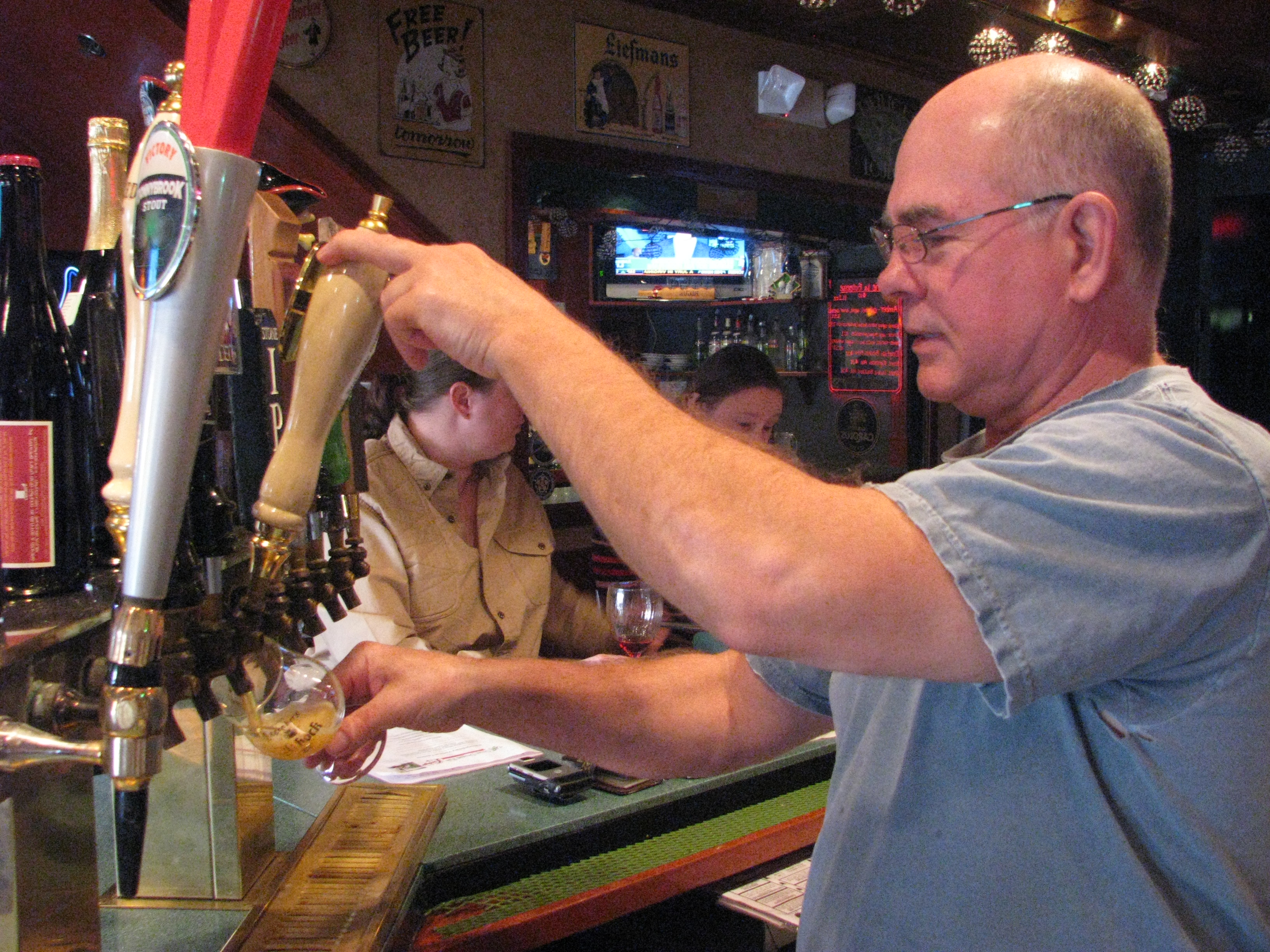 For most of the 30 years Michael Armellinos poured craft beer in his Queen Street restaurant there hasnt been much competition.

Armellino, owner of Bilbo Baggins, opened the pub and wine caf in Alexandria after returning from a stint in Europe spanning kitchens and restaurants in eight countries. He brought a passion for craft beers with him across the Atlantic.

The thing about craft beer, they just sell across the board, he said, leaning over the bar alongside a row of taps. I line up all the beer and ask what am I in the mood for? Something sweet, something more dry? Thats how you look at craft beers.

Armellino isnt the only Alexandrian taking an extra minute to consider what ends up in his mug these days. Across town, on Wheeler Avenue, Bill Butcher just got his first shipment of brewing equipment. Come January, Butcher, owner of Port City Brewing Company, hopes to be bottling the latest local beer.

Butcher began his career in the wine industry, but found himself lured from the grapes to hops and barley.

Restaurants and stores are treating beer with the same respect theyve always given wine, he said. Its a great evolution of the craft beer industry. Ive watched it evolve and its gotten more and more like the wine business.

The Washington metropolitan area isnt known for its craft beers, he said, but its time that changed. Brewing craft beer in Alexandria made sense to Butcher since the city was once home to Robert Portners brewery, which sprawled over four blocks near Pendleton Street.

He believes Alexandria is reemerging as a popular place to raise a pint.

You talk to people about it and people are surprised to learn we dont have our own brewery, but we dont. Theres a lot of pent up demand for local beer, Butcher said. Its interesting, you see more and more places that are giving the great respect to craft beer that restaurants have always given to the wine list. Youre seeing a lot more attention given to beer list. Alexandria really is becoming a destination.

For one of the largest markets in the nation, its astonishing Washington doesnt sport more breweries, Butcher said. While Washington, Alexandria and the surrounding communities boast great pubs, finding a local equivalent to Delawares Dogfish Head, Vermonts Long Trail or Bostons Harpoon is harder than it looks, he said.

Wait a couple of months and that will change, according to Butcher. Port City likely will start small, producing roughly 4,000 barrels of beer in 2011, but theres plenty of room to grow, he said.

The demand is there, said Thomas Roberts, head bartender at Rustico. The Slater Lane restaurant takes pride in its beer selection, the way its poured and how its served. Roberts casts a wide net for his offerings, ranging from a much sought after Founders Breakfast Stout to Tregs Mad Elf Ale.

We have a very loyal customer base, specifically because of our beer, he said. A lot of people are starting to realize craft brews are the way to go.

The markets hardly been tapped, said Armellino. Hes content with rotating his 10 taps with the latest batch of craft beer from small suppliers across the nation and around the world, but a beer enthusiast still has to do some searching to find a real treasure trove of selection in Alexandria.

Unbelievably, [craft beers are growing] 30 percent a year and were still turning people on to upgrading the six pack of beer to one or two craft beers and discover all of the flavors, he said. Its all about the flavors, like food. Its unbelievable.