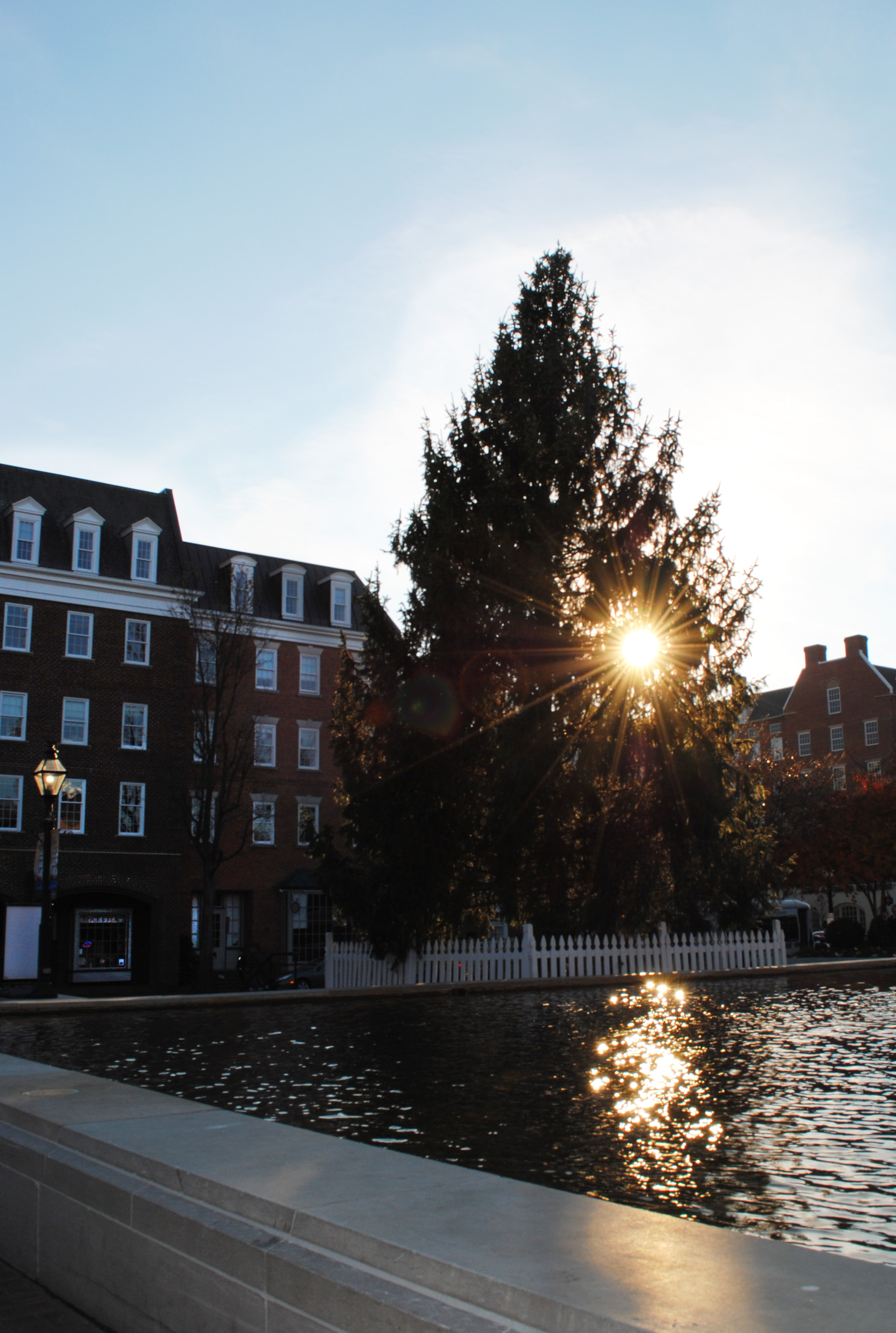 What began as a Woodbridge familys dinky Christmas tree in 1983 now stands tall at Market Square as the citys holiday tree for all of Alexandria.

The 40-foot Norway spruce, erected last week, is one of the finest the city has ever had, said city arborist John Noelle.

This ones actually pretty big, Noelle said. We usually get between 30 and 35 feet for trees. Its one of the bigger ones and Im hoping it will look nice once its done.

When it is done, almost half a mile of lights 11,700 of them will wrap around its conical figure, dressing the spruce for its Friday debut at the annual tree lighting celebration. The process takes a few days, Noelle said. City employees used a crane to raise it up and fit the tree for lights.

The 40-footer began humbly as a Christmas tree in the household of Bob and Gail Scheller. The Woodbridge couple planted it in their yard after Christmas in 1983 and watched it grow to excess, finally offering it to the city this year.

It was just getting too big, Noelle said.

The donation killed two birds with one stone. The city relies on donations from area residents but their options are sometimes anemic. The Schellers wanted the tree out of their yard so Noelle and his crew cut it down and removed it for free.

Sometimes we dont get many offers, we take the best that we can, Noelle said, adding that this tree is in particularly good shape. I always have my eye out for them but its their decision to remove it so we dont go and solicit people.

Some years are easier than others. A Springfield man once grew tired of the three Christmas trees he planted, Noelle said, giving the city a three-year window with its own personal nursery.

That made life pretty easy, he said.

Standing tall at Market Square, the Norway spruces support system is a little more complex than traditional red and green tree stands familiar to holiday revelers. Market Square is above a garage, so stakes arent an option. Several cinder blocks surrounding a 55-gallon drum filled with concrete hold the tree in place, while cables anchor the tree to a giant steel plate. Think of the plate as an industrial Christmas tree skirt.

Its quite an operation, Noelle said.

But once the first day of 2011 rolls around, the 27-year-old spruce will have come full circle. Noelles crew will take it down and feed it to the chipper, turning it into mulch. It began its life as a Christmas tree, and will end its life that way, too.