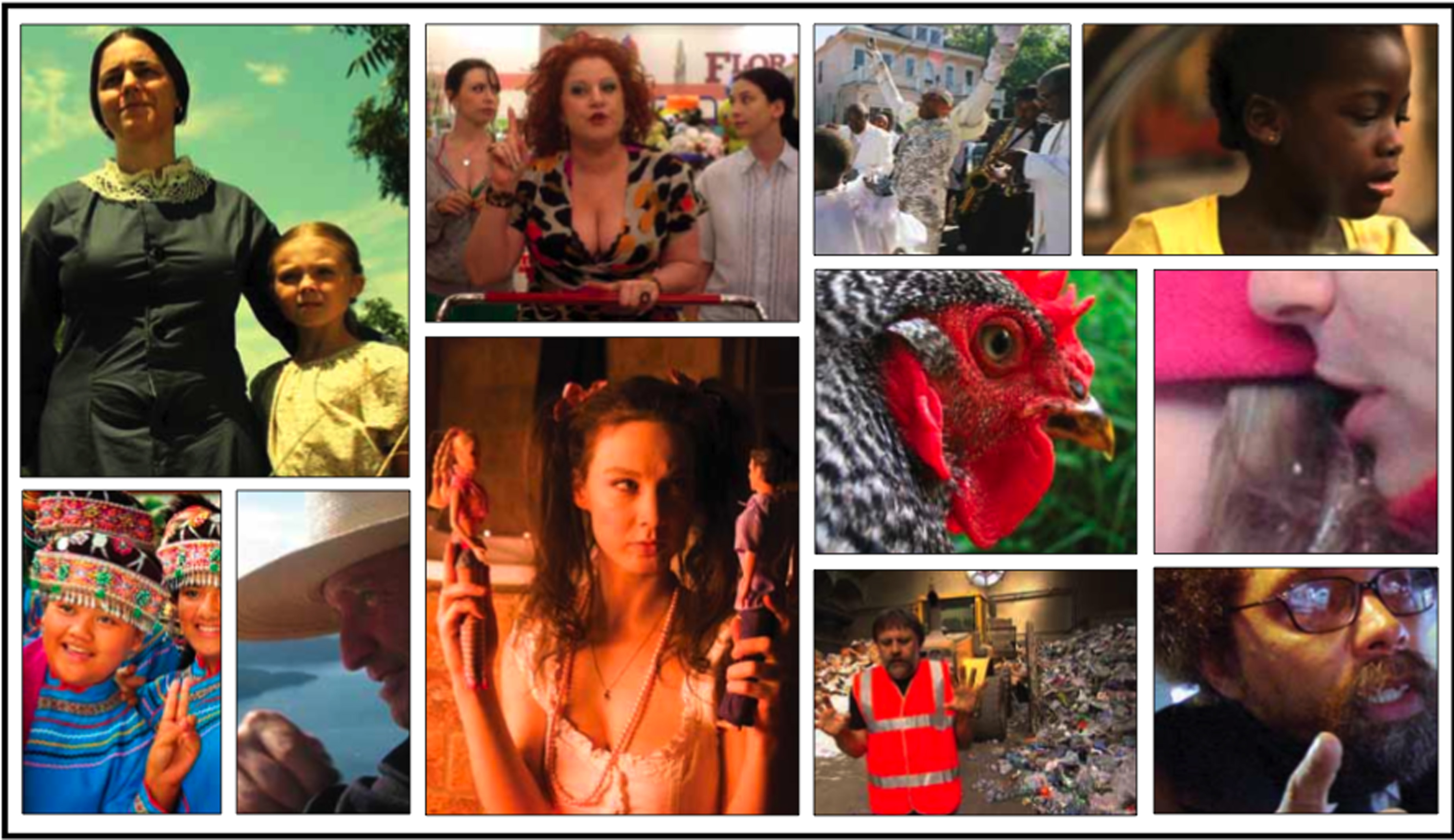 The 4th annual Alexandria Film Festival has grown this year into a bona fide survey of cinema. With 39 films and six venues, this years festival stands tall on Alexandrias cultural landscape as the city continues to evolve as a an arts destination.

The festival begins Thursday, November 4 with a free opening night party at Torpedo Factory Arts Center at 6 p.m., and culminates after a weekend that includes 25 premieres in an awards ceremony on Sunday, November 7.

This year, AMC Hoffman Center, the Athenaeum, Convergence Creative Community, the Durant Center, the Lyceum, Old Town Theater and the Torpedo Factory will screen the films, which come from every genre, and some from across the world: horror flicks, documentaries on pot legalization, the music of New Orleans, a Swedish woman playing with dolls they all have a spot on the creative scroll of titles.

With 39 films to choose from, decisions are bound to be tough, so the Times screened a few to help out. For tickets and to see film trailers, visit www.alexandriafilm.org. Action!

This documentary pecks at every aspect of raising chickens in your backyard while pecking fun at itself. It takes a subject hard to take seriously and educates viewers effectively. The humorous narrator is a hybrid of the Unsolved Mysteries raconteur and a nerdy scientist who takes viewers on a journey through the Chicken Underground.

From Madison, Wis. to Gambia to France to Sri Lanka,  Mad City Chickens tells the stories of folks who desire the freshness of farm eggs in the city, and what theyll do to make it happen breaking the law, and then working to get it changed.

Filmed with endearingly low-quality special effects, this film is as entertaining as it is interesting and educational. It takes welcomed tangents into the world of chicken art, for instance, and has a surprise ending that will have the city buzzing about Big Tiny. See it to believe its ridiculousness.

Mad City Chickens has some local relevance as well. As Alexandrias own urban chicken movement hatches, this film could help educate the public on the benefits and drawbacks of raising chickens in the city. Hint: there are more benefits than drawbacks. A panel discussion on urban chicken farming will take place after the film.

Ride the Divide is a film about perseverance and the feats possible by human beings. The documentary follows several mountain bikers (focusing on three) 2,700 miles as they traverse and attempt to traverse the Continental Divide of the Americas through the Rockies from Banff, Canada to the Mexican border. The riders battle snow, rain and heat, as well as themselves. It’s a physically tenuous journey, but the mental challenges are not to be scoffed at.

The “underground” event is considered the toughest mountain biking race in the country. No trophies are handed out, no onlookers cheer the cyclists and much of the trip is a solitary one minus the racers’ bikes, the grizzly bears and the interesting people they meet along the way.

Aside from unbelievable individual stories, this feature film is backed by unbelievable cinematography that only the natural environment of western America can help achieve.

Alexandrian Joe Cantwell helped produce Ride the Divide and will be a special guest at the Alexandria premiere.

This animated short has a definitive Fantasia quality to it: no words, just a riveting score. It begins dark and ends pitch black.

Set on a luxury train car, one man, grumpy and donning a monocle, is playing solitaire. Another man, fat and toting a cigar, imposes on his game. The solitaire game quickly evolves into a game of war between the two, to the detriment of the playing cards.

This short but haunting film is an allegory for world powers perhaps their leaders and the wars they start. But who comes out on bottom is a chilling sticking point of this dramatic piece.

Bizarre at first glance, creepy at second glance and deadly at third, this Swedish short film is captivating from beginning to end.

Hanna, and adult, is in a dark apartment dressed in a schoolgirl uniform. She finds a box of dolls and begins to act out a story, but whats real life and whats imagination become fused. Leka Med Dockor is an enthralling piece of art.

Griefwalker follows Stephen Jenkinson as he explores our relationship to death and dying. He speaks with sick people knowledgeable of their impending death, as well as with doctors and in academia. Why do we deal with death the way we do? Jenkinson says it is a friend, not an ominous enemy.

This film is a unique and frank survey of the emotions coupled with death and grief, but it was made to be buoyant and to address grief insightfully. It achieves its goal.

Set in the Brooklyn neighborhood of Bed-Stuy, The Cycle grapples with racial tensions in a gentrified area. Bed-Stuy, once considered a dangerous and plighted section of New York, has changed. The black middle class now makes up a large segment of the neighborhood, but not everyone is ready for the transformation.

When a little girls bike gets stolen, her family becomes entangled with a neighborhood in transition while trying to recover it. Everyone is angry: family members, young black men, police officers an
d neighbors, including Black Power, an activist woman who plays mediator.

What is the best solution to the complex dynamics of gentrification in the black community? This short film attempts an answer, but more effectively throws the question on the table fearlessly.

Living Downstream is a symbolic title for the effects of pollution environmental runoff on society, particularly in the form of cancer. Sandra Steingraber is the narrator and one of the documentarys main subjects. Sandra was diagnosed with cancer at an early age, and much of her family has been diagnosed, too. Cancer may run in her family, but it does not run in her genes. Sandra is adopted.

This realization propels the environmental biologist on a quest to bridge the knowledge gap between the environment and a prevalent killer, cancer, throughout America and the rest of the world. Is it any coincidence that babies born after the invention and mass diffusion of DDT have higher cancer rates than their parents? Sandra, who has been called her generations Rachel Carson, doesnt think so.

This film is tender and interesting, if a little slow moving.