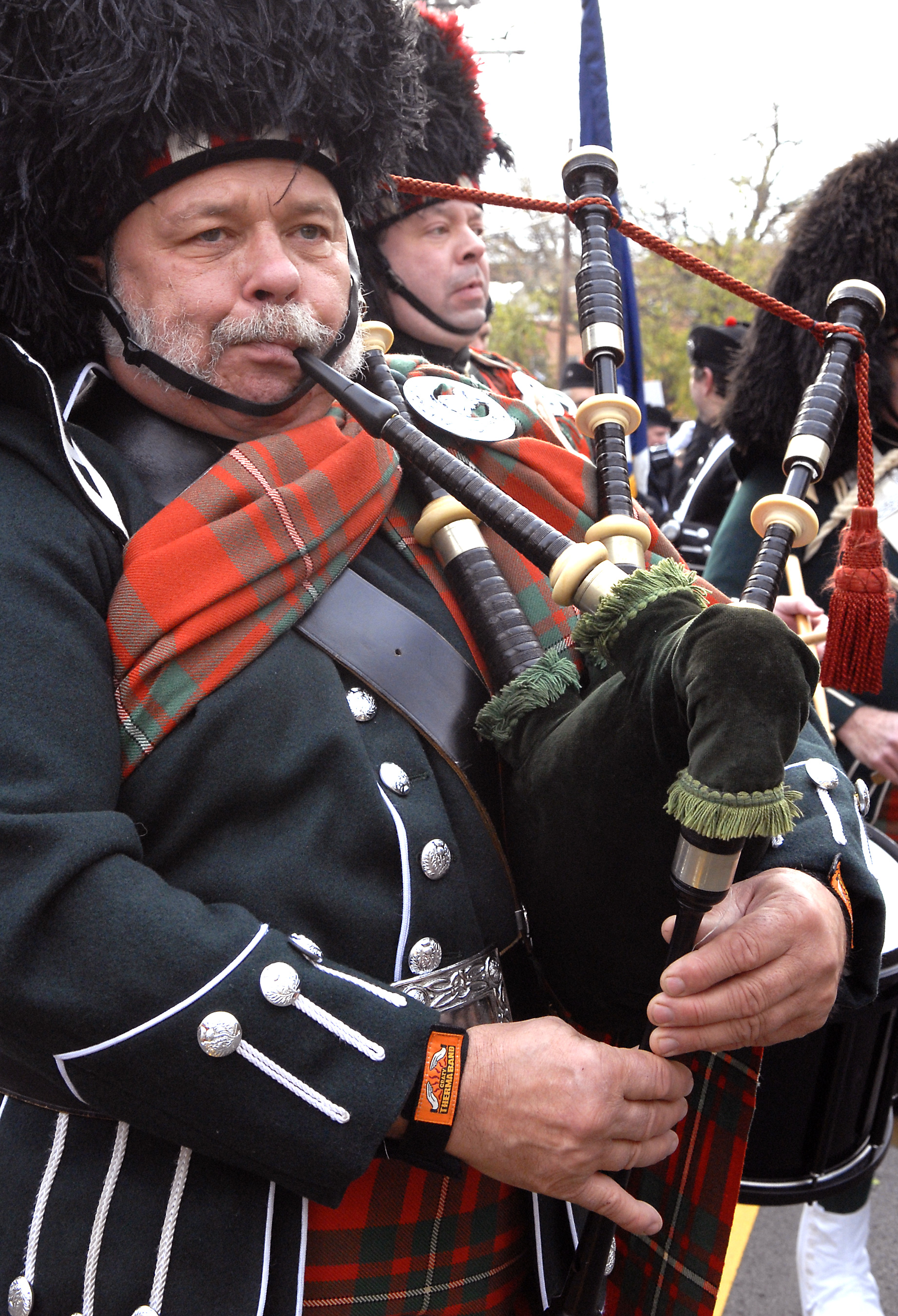 A city policy change put the annual Scottish Christmas Walk in jeopardy, but with help from across the pond the wail of bagpipes once again will echo off the bricks of Old Town.

It was our 40th anniversary, but for the first time ever the board had to look at whether this make sense anymore, said Karen Hughes, president and CEO of the Campagna Center, which runs the holiday tradition. All of our funds need to go to support the programs. We support kids, not city parades and thats why we decided to move the parade outside of our operating budget.

In January, the city decided the costs associated with special events organized by outside groups, like police details, would be free no longer. For co-sponsored events, including the walk, George Washingtons birthday parade or the St. Patricks Day parade, the city splits the tab.

Still, that left the Campagna Center in need of extra sponsors if they were to celebrate the walks 40th anniversary December 4.

Almost jokingly, Hughes asked United Way officials if their organization could pitch in. They put her in touch with the American Scottish Foundation in New York, who in turn contacted the Scottish government, Hughes said.

Not long after, the nation of lochs, kilts and tartans became the annual walks primary sponsor, donating $10,000 of the parades estimated $15,000 cost. Scottish Cabinet Secretary Richard Lochhead even will serve as the parades grand marshal.

For a city founded by a large contingent of Scottish immigrants, its a nice touch, said David McKenzie, of the St. Andrews Society of Washington D.C. The Scottish legacy group is a co-organizer of the Old Town tradition.

Its very exciting for those of us who are Scottish to see this kind of thing taking place and we very much welcome their participation and were very enthusiastic about the parade and we look forward to a continued relationship, he said.

The walk has humble beginnings, according to McKenzie. It began with local women and a sole bagpiper walking around town selling goods, raising money for Alexandrias YWCA. Four decades later, nearly 139 groups will walk the parade route, McKenzie said.

It grows quite consistently. There were a couple of years when we were down a little bit and we bounced back, he said, praising Hughes work as the reason the parade remains relevant. We have everything you can imagine. And all of this started with a guy dressed up in a kilt blowing on bagpipes.

As for City Hall, officials are happy to see the parade carry on. The decision to charge outside groups for city services wasnt an easy one to make, said Cheryl Lawrence, director of the office of special events.

Its been a tough call, but it was a really fiscally responsible approach of making people understand that youve got to be fiscally responsible and knowing what you need to do to cover costs, she said. What happened in this particular case, they went out and got sponsorships and thats what we tell them. So that worked out Were looking forward to the parade.

Hughes, honored for her service by the city council Tuesday, is leaving Alexandria bound for Texas. But before she leaves, Hughes is happy to see the parade continues to bring attention to the Campagna Centers programs.

It has become such a tradition, she said. Its not something you can easily say were not going to do [it]. It is very strongly held in the community and people say how can you do Christmas in Alexandria without the parade? Thats why its important.