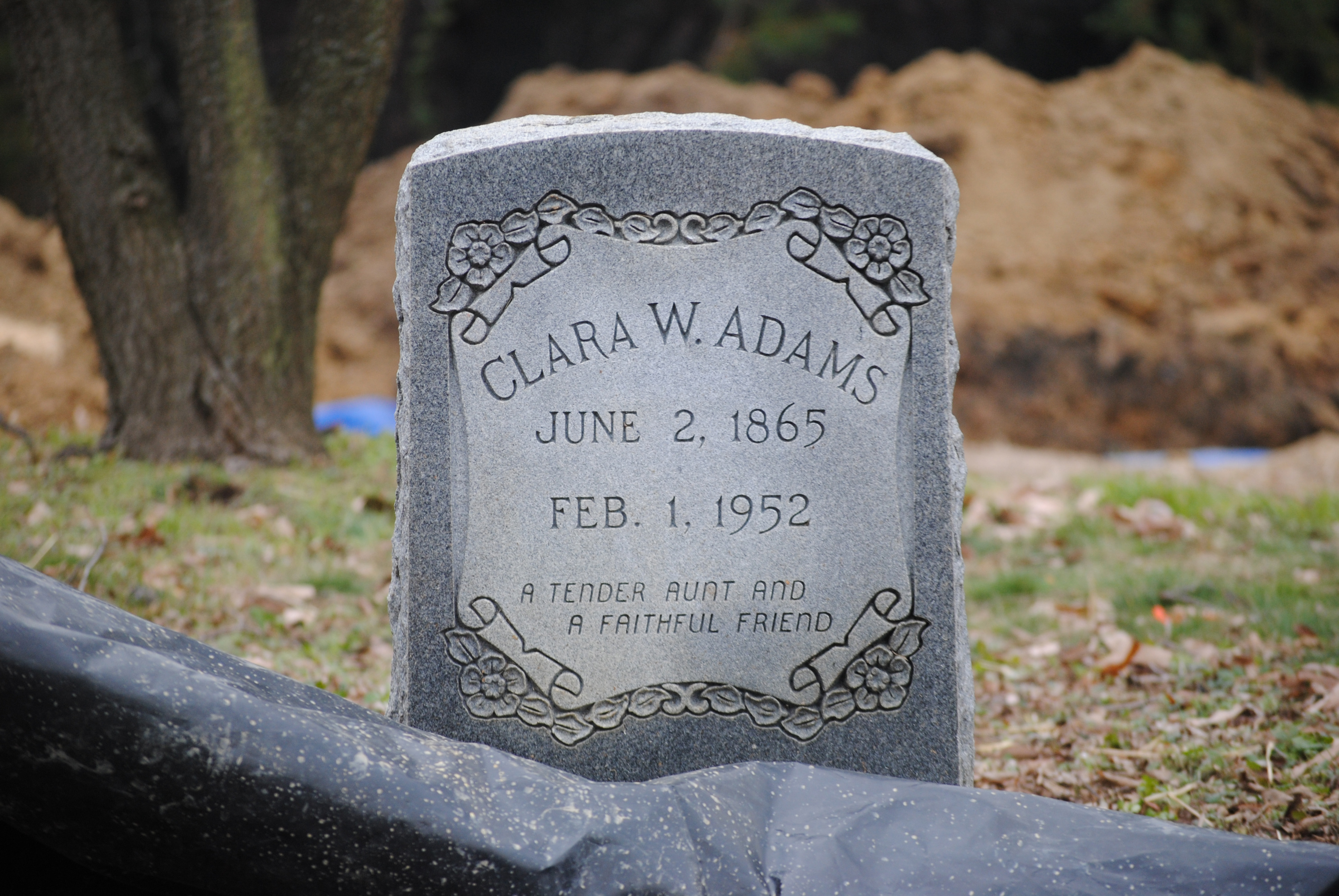 A harsh wind bit through Minister Raymond Jacksons thin brown trench coat as he hovered over a newly unearthed grave at Fort Ward Park, praying for the unknown body lying beneath the hard winter soil.

You know all their names, so we look to you, Jesus. We just give them to you and trust them in your hands, said Jackson, surrounded by a small contingent of neighbors, archaeologists and city historians.

Jackson does not know for whom he prayed. But he or she was once a member of his congregation, Alexandrias Oakland Baptist Church, and part of a cohesive black community of former slaves who settled the dismantled Fort Ward after the Civil War.

The burial site is one of two 19th-century cemeteries in the area that eroded both literally and in the collective mindset of the city in a neglectful fashion, according to descendants. At least one gravesite doubled as a city maintenance yard for decades until about a year ago. City trucks came and went, and dumpsters, trashcans and building materials littered the area in plain view of the headstone of Clara Adams, co-founder of Oakland Baptist Church.

The times were different then and city workers were probably very busy but these are peoples brothers, sisters mothers and fathers, and the idea that we would just ignore the graves of people while working in the public interest it just struck me that were a better city than that, said Glenn Eugster, who lives adjacent to the site.

When the city decided to turn the historic fort into an attraction in the 1950s, it realigned the boundaries of the church cemetery and forced families off the desirable property nearby where others are buried, according to written and oral histories.

The purge resulted in several missing headstones and a mistreatment of final resting places, says Fran Terrell, a descendent of a Fort Ward family who was a young girl when the city grabbed the property. Along with Adams great-granddaughter Adrienne Washington and other neighbors, Terrell is on a mission to resuscitate the memory of her ancestors and revive respect for their resting place.

I guess what were doing is to preserve the sanctity of the cemetery and the dignity of those buried there, Terrell said. These are our ancestors, and for people to perhaps be buried under equipment I mean, these people are very special to us.

In a letter from City Manager E.G. Heatwole to City Attorney Floyd Williams on October 7, 1960, a desire to clear the network of graves is obvious.

Mr. P.B. Hall, Public Works Director, reports that there are several graves located within the Fort site, Heatwole wrote. It is not believed that they have any relationship with activities of the Fort Ward during 1861-1865. Also it is questioned as to whether there are bodies still buried there. If possible, we would like to have the area cleared.

The letter seems to mark the beginning of the graveyards gradual erosion. For about five decades these graves survived almost exclusively in the oral histories of descendents who remain part of a close-knit community, now generations old, living around Woods Place.

We still feel obligated to the people that were buried here, Jackson said.

The Office of Historic Alexandria procured a grant to locate the sites through ground-penetrating radar, an archaeological technique unlikely to disturb the graves. Archaeologists have worked for about a year toward righting what descendents and neighbors see as disrespectful neglect.

But Jim Spengler, head of the citys parks and recreation department, which operates portions of Fort Ward, says the idea that city workers removed gravestones in the 60s and 70s is just a rumor no one has proved. And archaeologist have found nothing but tree roots near Adams grave so far.

Thats been a good rumor, theres no one on staff who worked during that time frame, Spengler said. The city had a maintenance operation in there since Fort Ward was purchased by the city, and the gravestones are fairly distinct. One of the controversies historically is written histories that said there are more people buried there, and there is another history that says the graves were exhumed and moved.

Spengler refers to a claim by Wesley Pippenger, author of Tombstone Inscriptions of Alexandria, Virginia: in the 1960’s, some graves were moved to accommodate a maintenance facility and the boundaries of [Oakland Baptist] cemetery were extended eastward through trees and underbrush to form the configuration that is visible today.

The passage refers to the removal of graves, not headstones, which could mean bodies were exhumed. Regardless, descendents of the post-Civil War community and their supporters are relieved that wrongs are being righted.

It has been a truly long time but Im delighted that it is finally getting done, and that our ancestors will rest in peace, Terrell said.

There was even talk of pressuring current city officials to apologize for the mistakes of their predecessors. But an advisory board of stakeholders decided against it.

Theres a consensus not to have an apology but for the city to commit to a process that doesnt let this happen again, said board member and neighbor Tom Fulton. But it was neglect.

In some ways all of us are kind of responsible for what happened, he said. A lot of times we turn our head and we say, Thats not my issue to get involved in and I dont want to step into something that sensitive. But see what happens if you do.