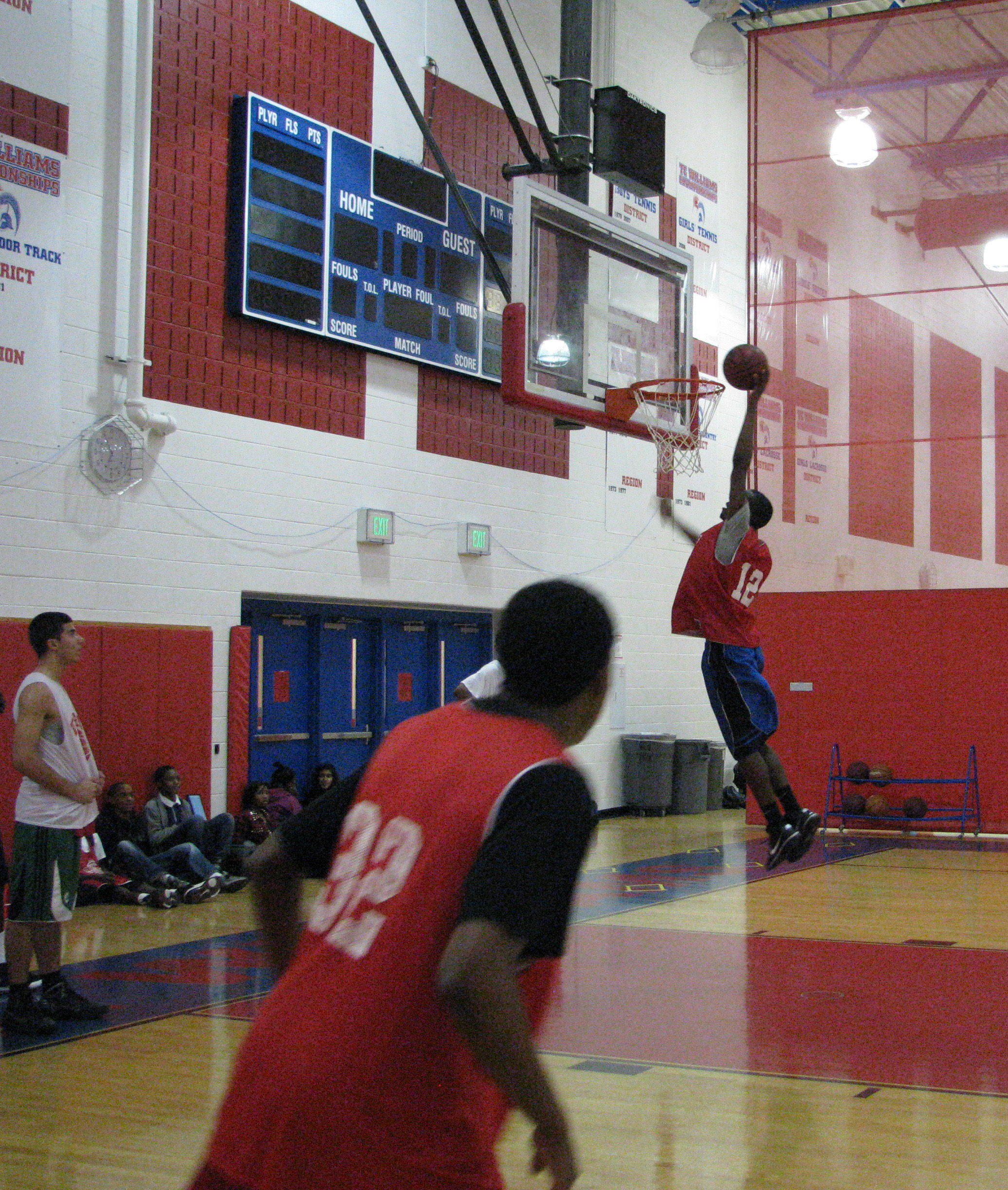 If the controversy surrounding the ineligibility of two T.C. Williams basketball stars a year ago hasnt given the program a black eye, its got this years team plenty motivated.

We had a chance to play, but it still feels as though our season was taken from us due to a clerical error or an oversight, said head coach Julian King before practice Tuesday night. It just feels to us like our hands were tied.

The Titans are two years removed from a state championship. A perennial powerhouse heading into the 2009-10 season, an anonymous tipster brought the eligibility of two players, Billy Rowland and Darrius Porter, into question. Officials later determined Rowland and Porter were on their fifth year as high school athletes, violating state rules, and the Titans dropped from the top of the Northern Regions standings to the bottom after forfeiting 12 wins.

T.C. went on to bow out of the regional playoffs early after losing 51-48 to Annandale in the first round of the Patriot Districts tournament, ending an era of dominance for the Titans.

I dont think theres a cloud on the program. It wasnt done intentionally, it was a mistake, King said. We paid the price and now we move own. We dont have a program where we have to cheat.

But King knows league rivals arent going to step out of the way for an inexperienced team to once again ascend to the Patriot Districts top rung. Kings squad has a lot of work ahead of themselves as they prepare for December 4s season opener against Wakefield. Protecting the ball, avoiding turnovers, talking on the court and developing leadership skills are high on Kings agenda.

We had to replace six or seven guys and the new guys need to step up, King said. Its a step-by-step process. The only thing I can guarantee is were going to play hard.

Leadership may be the hardest quality to foster among Kings fresh-faced athletes. It comes with time on the court, he said. He hopes players like senior scoring guard Tyrell Sitton and junior point guard Daquan Kerman will become the leaders the team needs.

Sitton falls comfortably into the role during practice, urging his teammates on or stopping to help them improve their free throw technique.

We need to get these wins and play hard and play as a team, Sitton said. We all need to get on the same page and get it together a little bit more and then well be [where we want to be].

Kerman agrees the team is coming together after several weeks of practice, but theres a long road ahead.

Were gelling pretty much, were getting there, he said. We got a long way to go though.

Theyll need to cover that ground by Saturday, when the Titans don throwback jerseys for the annual Parker-Gray game. Wakefield will step into the role of Hoffman-Boston for the 7:30 matchup at T.C.

Even with 80 percent of the varsity team returning to the court this year, coach Neil Barkman admits the Cardinals face a tough road ahead.

Ireton has won five league games in the past four years. Though Patrick Harrison, Antonio Ralphs and Marcus Hayes reprise their roles as the foundation of the Cardinals 2010-11 squad, Barkman believes theres a lot of work left.

When he took over the program a year ago, Barkman found a culture of nonsuccess. Iretons players definition of hard work was about as far apart from his as the basketball court is from the hockey rink.

If were not the most talented team in the league, we have to be the hardest working, Barkman said. Our league is really good and we get out-coached every night and sometimes we get out-played.

Though coach Jim Fitzpatrick is fielding an international squad, a lengthy Thanksgiving break has him worried the Maroons 2010-11 team may struggle to gel.

Still, hes got the athleticism and experience he needs for a winning run this season.

I think that the evolution of our basketball team will take a little bit longer than it might at other schools, Fitzpatrick said. Our team is beginning to take form. It takes us a little bit longer to know what were working with. Im very excited about the talent and the character of the team and interested in their ability level.

St. Stephens and St. Agnes had little to be happy following close post-season losses last year and all eyes are on whether they can improve this time around.

The Saints, 12-14, were narrowly edged out of the annual Sleepy Thompson Tournament championship game following a tough loss to cross-town rival Episcopal, 57-50. They later dropped the consolation game to St. Albans. SSSAS also would fall to Bishop OConnell in the opening round of the Virginia Independent Schools state tournament.

The Saints get another crack at Episcopal and St. Albans this season, taking on the two teams in January and February. They also have a chance to show-up another backyard rival, Bishop Ireton, December 6.

SSSAS starts the season against Germantown Academy at 6 p.m., December 3.